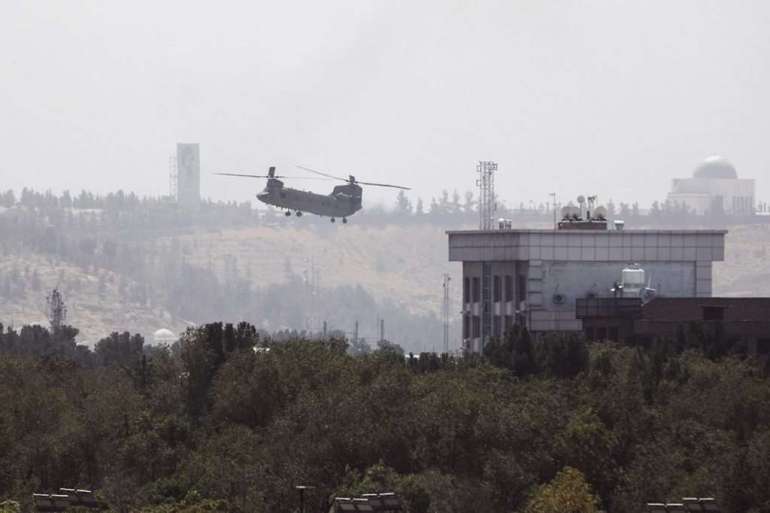 A U.S. Chinook helicopter flies near the U.S. Embassy in Kabul on Sunday. | Rahmat Gul/AP Photo

WASHINGTON — A U.S. official said Sunday that American diplomats in Afghanistan are being moved from the embassy in Kabul to the airport as the Taliban enter the capital.

The official says military helicopters are shuttling between the embassy compound and the airport, where a core presence will remain for as long as possible given security conditions.

The official was not authorized to discuss diplomatic movements and spoke on condition of anonymity.