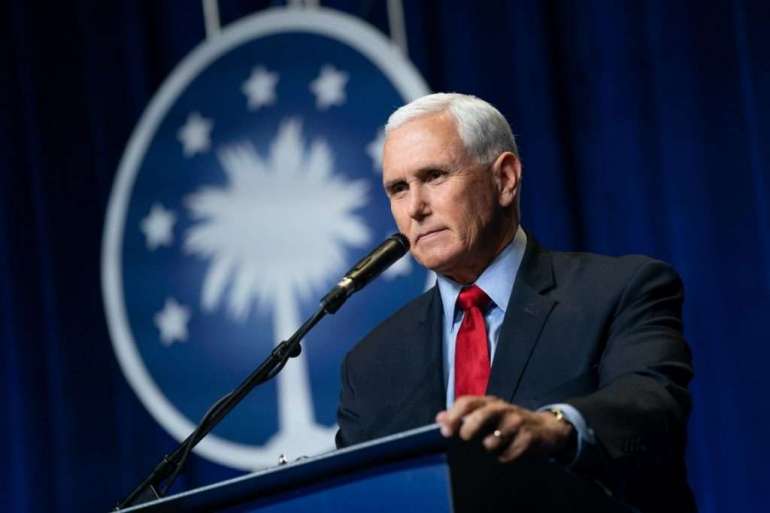 Pence launched the advocacy group this spring, creating a vehicle to promote his record as he prepares for a prospective national bid. Because Advancing American Freedom is a nonprofit organization, it doesn’t have to disclose its donors or detail its fundraising totals. Pence has a separate leadership PAC, Great America Committee, which reported raising $325,000 during the first six months of the year, according to federal filings. Those in Pence’s orbit are also in discussions about forming an allied super PAC.

While the 2024 contest is a long way off, would-be candidates are already courting the Republican Party’s biggest givers. Florida Gov. Ron DeSantis, Sen. Tim Scott (S.C.) and Sen. Tom Cotton (Ark.) are among those aggressively reaching out to donors.

Pence’s political future, however, has been clouded by his role in certifying the results of the Electoral College — a move that infuriated former President Donald Trump and some members of his base, who wanted him to block the count. The former vice president has stood by his actions, saying he is “proud” of his role in reconvening Congress following the Jan. 6 Capitol riot, when Trump supporters chanted “Hang Mike Pence” as the counting of electoral votes got underway. Pence has also said that he doesn’t know if he and Trump will “ever see eye-to-eye on that day,” and that “there’s almost no idea more un-American than the notion that any one person could choose the American president.”

The former vice president also remains close to Ducey, whom Trump has savaged for not doing more to intervene in Arizona’s ballot-counting in the 2020 election.

But while Pence endures a rift with Trump, he has continued to aggressively promote his role in the administration. During last week’s retreat, Pence premiered a launch video for Advancing American Freedom highlighting the former president’s populist record on an array of issues, including trade. Some of the clips use b-roll footage of Pence side-by-side with Trump.

But the video also illustrates the subtle shift Pence has undertaken since leaving the White House. While Pence as vice president focused on championing Trump, he is now increasingly advocating for himself. The video uses clips of Pence making a series of solo appearances, such as visiting U.S. troops, meeting with then-Israeli Prime Minister Benjamin Netanyahu and speaking at the Republican convention.

Pence has been embarking on a broader cross-country swing, including a recent appearance before a Republican National Committee-hosted donor retreat in Dana Point, Calif. He is also expected to hold an upcoming fundraiser for Virginia gubernatorial candidate Glenn Youngkin.