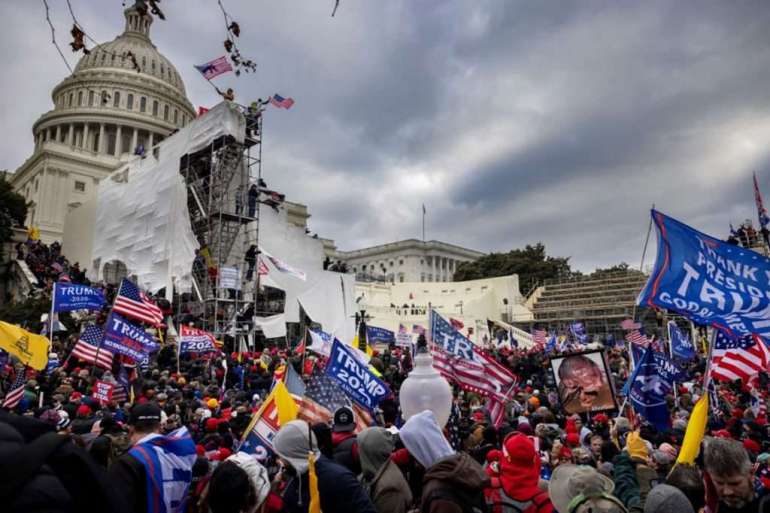 The select panel is also seeking records relating to attempts to place politically loyal personnel in positions across the government after the election; the planning, organization and response to Jan. 6 and earlier; and attempts to overturn the rule of law and overturn the 2020 election. One segment of the request notably seeks “documents and communications related to the mental stability of Donald Trump or his fitness for office.”

“I think it is unlikely that the House committee witch hunt is going to find any documents or evidence that the FBI could not find,” Stone told POLITICO. “I say again: any claim, implication, insinuation or assertion that I either knew about or had anything to do with the events of January 6 is categorically false and there is no evidence to the contrary.”

In its request to the Pentagon, the panel specifically asked for “[a]ll documents and communications concerning possible attempts by President Donald Trump to remain in office after January 20, 2021.” The panel also asked for communications about martial law, the Insurrection Act, and the use of military personnel during last year’s election.

And it sought communications to, from, and about Kash Patel, a former aide to the House Intelligence Committee’s top Republican, Rep. Devin Nunes, who ascended through the Trump administration’s national security ranks and served as the acting defense secretary’s chief of staff. The Patel request touches on “civil unrest, violence, or attacks at the U.S. Capitol; challenging, overturning, or questioning the validity of the 2020 election results; or the counting of the electoral college vote on January 6, 2021.”

From the Department of Homeland Security, the committee requested materials “relating to instructions to stop or delay preparation for the transition of administrations.” The committee also asked for materials related to DHS’s monitoring of social media and to the ousting of Chris Krebs, who ran the department’s cybersecurity agency until Trump fired him for defending the integrity of the election.

The panel also sent a broad request to the Office of the Director of National Intelligence, seeking communications “relating to actual or attempted conversations between any ODNI official and any White House official on January 5–6, 2021” on the relevant events of those days.

A request to the Interior Department seeks “all documents and communications relating to National Park Service permits and permit applications for events in Washington, DC relating to the 2020 election” between Election Day and Inauguration Day. The permitting process for the rally held outside the White House on Jan. 6 has drawn particular scrutiny because of the ties between Trump campaign officials and the event.

It also asks for any documents or communications related to “conversations between any Department of the Interior official and President Trump and/or any White House official on January 5–6, 2021, relating to the January 5th rally, the January 6th rally, and/or the January 6th attack on the U.S. Capitol.” The Park Police came under attack during the insurrection as well at the Washington Monument.

The panel requested a wide-ranging tranche of records from DOJ related to Trump’s attempts to force the department to intervene in the election, then-Vice President Mike Pence’s role in presiding over election certification, any discussion of the 25th Amendment and the department’s response to Jan. 6.

In particular, the committee asks for records on on any potential or actual changes in senior personnel in the period between the election and Inauguration Day, investigations of voter fraud, “all documents and communications involving Mark Meadows, Kurt Olsen, Rudy Giuliani, Sidney Powell, Jenna Ellis, Joseph diGenova, or Victoria Toensing,” and communications between “any DOJ official and President Trump or any other White House official on January 5–6, 2021.”

The select committee is expected to focus on documents from the U.S. Park Police and the National Counterterrorism Center, a component of the director of national intelligence’s office. That Center was established after the Sept. 11 attacks as a hub for analysis about terror threats.

Such analysis comes from more than a dozen separate agencies and offices in the sprawling U.S. intelligence community, and compiling it all in one place is supposed to give national security officials clarity on threats. In the case of the Jan. 6 attack, however, U.S. officials clearly underestimated the danger.

A separate House probe scrutinizing Trump’s final weeks in office shut down earlier this month as its investigators handed off their work to the select committee. Documents related to Jan. 6 had already been sought from several of the federal agencies that the select committee solicited Wednesday, but Democrats wanted to consolidate existing inquiries. Wednesday’s requests ask the agencies to fulfill the unmet document requests.

The new probe has slowly ramped up over the past few weeks, hiring staff and holding its first hearing focused on the violence Capitol Police officers faced during the attack on Jan. 6. More details on the dangers they faced — and warnings their superiors ignored — will likely emerge in the coming weeks.

In one newly public example, the Secret Service warned officials in the Capitol Police department the day before the attack that their officers could face violence on Jan. 6 at the hands of Trump supporters, according to emails POLITICO first reported Wednesday morning. It is unclear how widely that warning circulated within the police department.

Thompson signaled earlier in the week the panel would also soon send requests to social media and telecommunications companies to ask them to preserve communications records related to the attack — including those of members of Congress. Lawmakers and congressional staff were also covered in Wednesday’s sweeping request for Trump White House communications.

House Minority Leader Kevin McCarthy (R-Calif.) marveled to reporters that Democrats “want to use their majority power” to seek members’ phone records while the Biden White House struggles with its withdrawal from Afghanistan.

“They are coming for members of Congress, they’re coming for everybody. It’s kind of amazing to me,” McCarthy said Wednesday.

The call records could be of interest to congressional investigators seeking more details on the timeline of the attack and for answers to unresolved questions about requests for National Guard aid.

Phone records requests could also reveal details of deliberations within the Capitol Police. A notoriously opaque agency, the department disclosed in a Tuesday statement that their command staff used cellphones on Jan. 6 “in order to limit radio traffic.” All of the department’s personnel had previously been issued smartphones to “improve communication,” officials said.