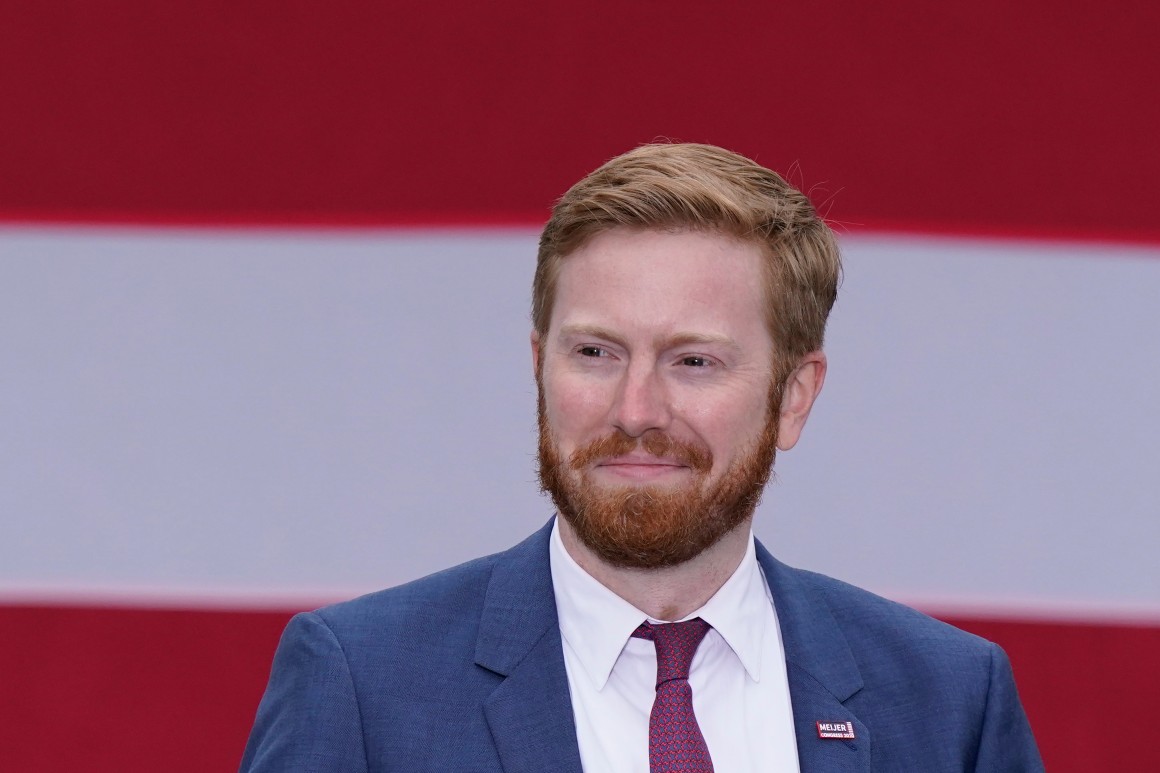 But, Pelosi said, officials at the Departments of State and Defense had urged lawmakers not to travel to the highly volatile region “during this time of danger.”

“Member travel to Afghanistan and the surrounding countries would unnecessarily divert needed resources from the priority mission of safely and expeditiously evacuating America and Afghans at risk from Afghanistan,” Pelosi said in the letter Tuesday evening.

Meijer and Moulton said their trip had been “to gather information, not to grandstand.“

Addressing concerns about their use of resources, the two said they “left on a plane with empty seats, seated in crew-only seats to ensure that nobody who needed a seat would lose one because of our presence.“

The trips comes as White House, military and diplomatic officials are undertaking a massive, dangerous airlift campaign in the country that saw the sudden collapse of its U.S.-backed government just last week. The situation has been quickly deteriorating on the ground as the Taliban tighten their grip on the country.

Asked about the note, Pelosi later told reporters a “large number” of members had asked about trips.

Neither lawmaker’s office responded to a request for comment about the trip, which was first reported by The Associated Press.

Moulton has been one of the most critical members of Biden’s own party to speak out.

“To say that today is anything short of a disaster would be dishonest. Worse, it was avoidable,” Moulton, a Marine who served four terms in Iraq, said in a statement last week.

Katherine Tully-McManus contributed to this report.