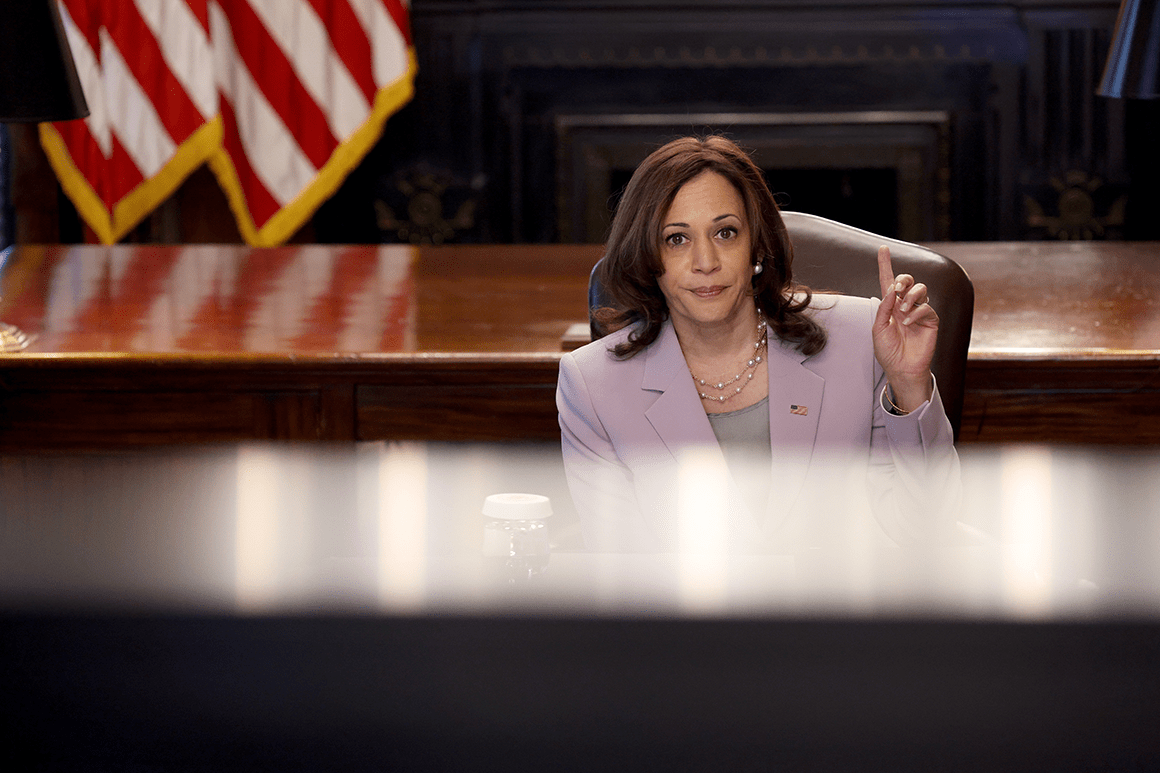 “That was where she first decided to go into the system. And specifically, I’m talking about the criminal justice system — go into the prosecutor’s side and try to change things from inside. And that’s something that I think every politician wants to do to a certain degree.

“But the thing that’s striking about Kamala Harris is that she went specifically into the prosecution and that she … leveraged her law school connections to also become immersed in the California political machine.” — Jesús Rodríguez

On her performance as V.P.

“While I was reporting this story, one of the questions that kept coming back up about Harris’ tenure as vice president in these eight months of the administration is that she hasn’t actually done that much in terms of actual, granular policy change.

“… In some ways, the talk of the town has been infrastructure or the budget reconciliation, getting Covid relief, and has not been, ‘How are we going to reform the immigration system? What progress can we make on reforming the police?’

“She is now seated at a table. But the table that she’s seated at is one that is surrounded by moderates, or people who still believe that bipartisanship is the only way to get things done in Washington. … That’s one of the things that you accept when you become an insider, is that if you like the system that fostered your success, why would you want to bring the entire system down?

“That’s just not something really that people who go into systems and who become political insiders do. When we look at policy change and we look at what the actual transformation that she is seeking to achieve versus the reality, we see that a lot of that has hinged on her representation of communities of color.” — Jesús Rodríguez

On using her convening power

“They’ve created this communication line between the vice president’s office and all these other people that are like tentacles out there into the world.

“But a byproduct of this is that … she’s able to, at some point, call on all of these people that she’s helped and helped to cultivate relationships with when she needs to … run for president again.

“One of Al Gore’s former chiefs of staff, he said, this is all great, but you have to make sure you follow up, one, and you keep your promises. … It’s a fine line to walk of basically appeasing advocates at times … and really, actually getting something done.” — Eugene Daniels

On leading as a woman of color

“When you have a Black woman who is in the vice presidency, your actions and your outlook on the world and on politics is going to get scrutinized even more. But I think what makes Kamala Harris’ position even more difficult is that she is sort of still at an early point in her political career.

“She’s certainly not at the point of Biden’s political career, who has had a storied career in Washington, has now climbed up the ranks to being the president of the United States. Kamala Harris is still very much trying to carve out a political future for herself.” — Jesús Rodríguez