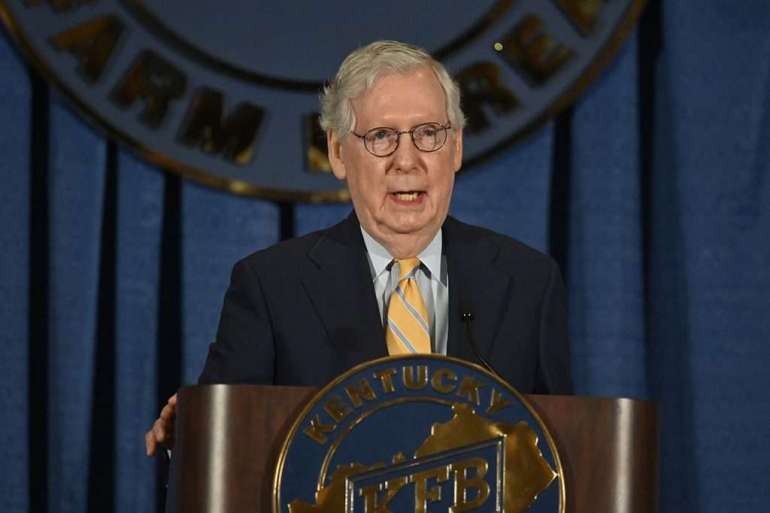 The United States invaded Afghanistan weeks after the Sept. 11 attacks in 2001, toppling the Taliban regime. American forces in 2001 were also in pursuit of Osama bin Laden, the architect of the 9/11 attacks, but he was able to escape to Pakistan; bin Laden was located and killed there by U.S. Navy SEALS in 2011.

McConnell called the decision to withdraw the U.S. from Afghanistan “one of the worst foreign policy decisions in American history,” adding that “we leave behind exactly what we went in to solve 20 years ago.”

McConnell’s comments echo the rhetoric of many of his fellow Republicans, who argue that President Joe Biden is making a huge mistake by pulling the Americans from the Middle East.

Earlier on Sunday, Sen. Mitt Romney (R-Utah) told CNN’s Jake Tapper that it’s important to “recognize we’re in the position we’re in right now is because of terrible decisions made by two administrations,” referencing both the Trump and Biden administrations.

Sen. Ben Sasse hit the Biden administration for depending on “happy talk” instead of harsh reality as its basis for Afghanistan policy.

“Joe Biden put our forces at risk by having no plan for how to evacuate. We are absolutely at risk, and we are at risk because the president has been so unbelievably weak,” Sasse (R-Neb.) said on ABC‘s “This Week with George Stephanopoulos.”

“Abandoning Bagram [Air] Base will be read about in military textbooks for decades as one of the stupidest military blunders ever,” he said.

CORRECTION: Mitch McConnell’s title was listed incorrectly in an earlier version of this article.