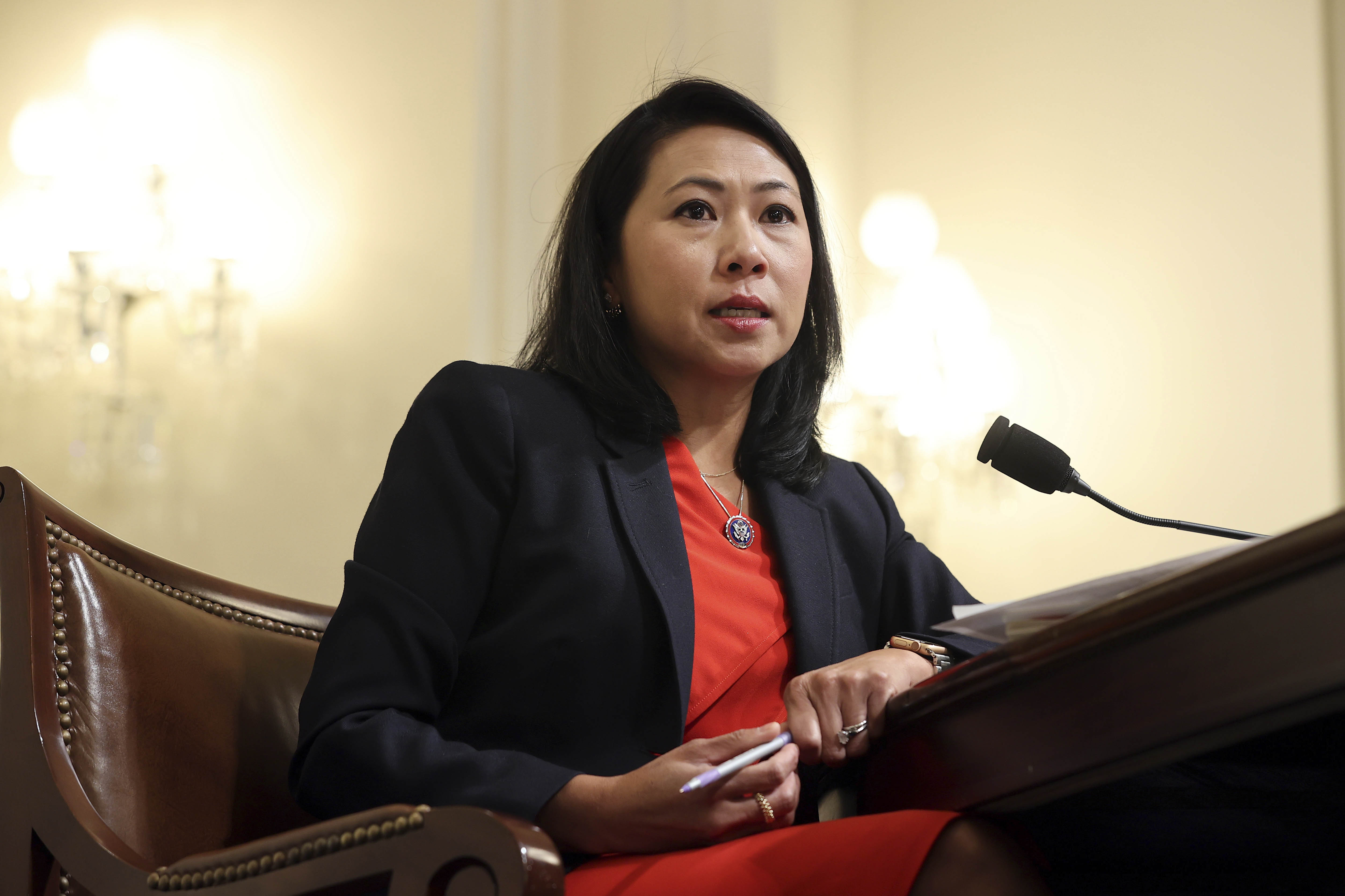 Their requests include: that the bill be “pre-conferenced” with the Senate to avoid having to make any major changes in either chamber, that the bill be paid for with the exception of its climate provisions and for members to be given at least 72 hours to review the legislation before it comes to the House floor.

“This letter is just to reinforce to the speaker that we intend to hold her accountable to the commitments that she made around pre-conferencing, the bill, as well as paying for the bill,” Murphy said.

“[The 72-hour request] was about making sure that we don’t find ourselves negotiating at the 11th hour,” she added, citing concerns about Republicans’ 2017 tax reform, a massive piece of legislation also passed by reconciliation. Murphy said that bill “had handwritten notes in the margin” and “major errors that we’re still trying to correct today.”

Democrats have adhered to a two-track strategy, aiming to move the reconciliation bill and the bipartisan infrastructure bill on the same timeline. But following a standoff in the House over passing the budget framework vote last week, moderates secured a Sept. 27 deadline for a vote on the bipartisan plan, even as progressives insisted the bills continue at the same pace.

Asked whether the 72-hour consideration request could disrupt Democrats’ timeline for advancing the reconciliation and infrastructure bills, Murphy said she hoped “progressives will act responsibly when the transportation bill comes to the floor. It is a much-needed investment in America’s infrastructure, and one would hope they would vote to make this needed investment.”

The House is currently not scheduled to return for votes until Sept. 20, meaning they would only have one week together before they’re expected to take up the infrastructure bill. In the weeks leading up the House’s full return, the House, Senate and White House have been working closely together to try to resolve their differences on the social spending legislation, but they still have large disagreements over issues like Medicare expansion, climate change provisions and paying for the legislation.

On Thursday, Sen. Joe Manchin (D-W.V.), a key moderate, urged a “strategic pause” on the reconciliation legislation in a Wall Street Journal op-ed, citing concerns about inflation and the national debt. However, he suggested he would be open to supporting a pared-down version of the bill.

Some House panels have begun marking up their portions of the legislation. The House Natural Resources and Oversight Committees held their markup hearings Thursday and others are set to continue over the next week. All panels have been given a Sept. 15 deadline to report their portions to the House Budget Committee.