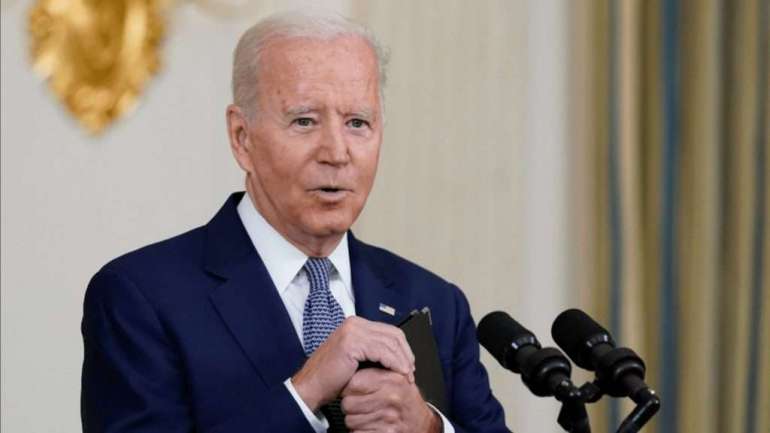 Biden laid blame for the sluggish growth of U.S. jobs on the “impact of the Delta variant” of the coronavirus. But he also claimed that his American Rescue Plan and vaccination strategy have helped buoy the economy even as the Delta variant has spurred a resurgence in the Covid-19 pandemic.

“Because of the groundwork we laid with the American Rescue Plan and our vaccination strategy, we’re seeing an economy and job market that can weather the ups and downs of the Delta variant and anything else that comes our way,” he said.

Biden largely focused during his Friday remarks on how well the economy is doing compared to last year, as well as how many jobs have been created overall since the start of his presidency. He also touted the more positive aspects of the August report, such as the unemployment rate dropping to 5.2 percent from 5.4 percent in July and the decreasing number of people filing unemployment claims each week.

“The measures we’ve taken so far have brought America out of an economic free fall, steadied us and enabled us to grow our economy even as we continue to combat Covid. We are adding jobs, not losing them,” Biden said.

He didn’t waste an opportunity to take aim at former President Donald Trump, either, suggesting economic conditions would be worse if Trump had been reelected last November.

“There have been so many records the stock market has hit under my presidency,” Biden said. “Imagine if the other guy was here: ‘We’re doing great. It’s wonderful. The stock market is surging. It’s gone up higher with me than anybody.’ But that doesn’t mean that it’s the best for the economy.”

Biden did acknowledge that despite the progress during his presidency, “we’re not where we need to be in our economic recovery.”

He urged states to extend the benefits of his American Rescue Plan, as some are set to expire next week, and pushed Congress to pass his economic agenda to lower the cost of living for families and create “millions of good-paying jobs for hard working Americans.”

“For those big corporations that don’t want things to change, my message is this, it’s time for working families, the folks who built this country, to have their taxes cut,” he said.