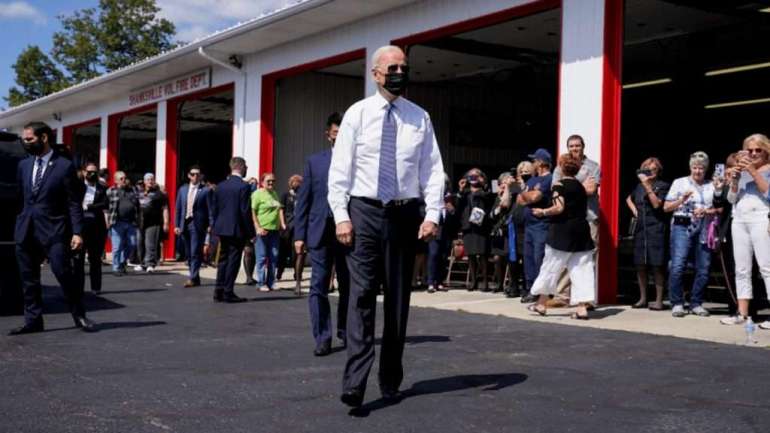 Biden mentioned that he took photos with boys who were wearing Trump hats at the firehouse.

“Are we going to, in the next four, five, six, ten years, demonstrate that democracies can work, or not?” he said, before voicing disappointment at the tenor of current political debates, including “the stuff that’s coming out of Florida.”

Vice President Kamala Harris, who spoke at the memorial, also touched on themes of unity, referencing the efforts of the passengers who attempted to retake the hijacked United flight over Pennsylvania 20 years ago.

“They did not focus on what may separate us,” she said. “They focused on what we all share: on the humanity we all share. In a matter of minutes, in the most dire of circumstances, the 40 responded as one. They fought for their own lives and to save the lives of countless others at our nation’s Capitol.”

United Airlines Flight 93 was hijacked by four members of al Qaeda and ultimately crashed in a field in Shanksville after passengers and crew members fought to reclaim control of the airplane. Thirty seven passengers and seven crew members were killed.

Biden referenced those passengers’ efforts on his visit to the firehouse.

“It’s one thing to say, I know I should step up, it’s another thing to do it. That’s genuine heroism,” he said.