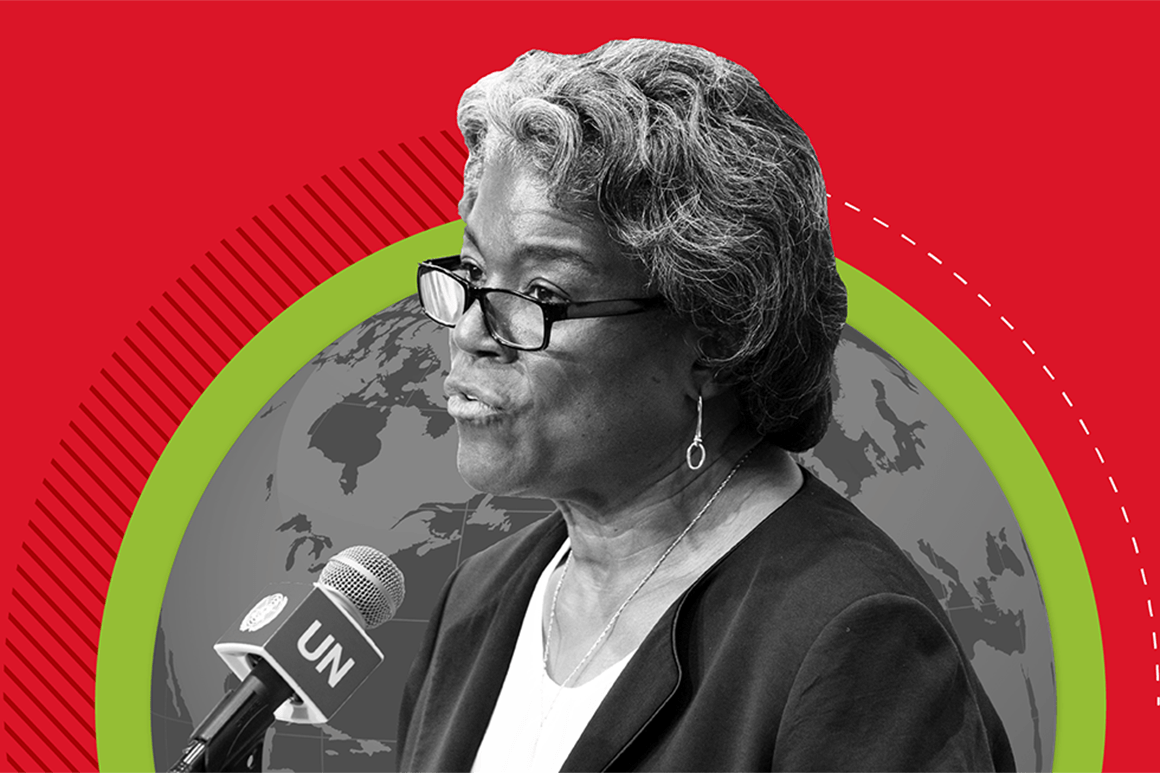 “There is tremendous damage being done by holding up our ambassadors from getting out to do the jobs that the American people need us to do to represent them overseas.” — Amb. Linda Thomas-Greenfield

“I sit two seats away from the Chinese [permanent representative], so we’re regularly consulting with each other on the floor. We call each other on a regular basis. And while we’re not always in sync with each other on issues, the issues where we are in sync on, we’re able to move on those issues very, very quickly.” — Amb. Linda Thomas-Greenfield

On the possibility of the U.S. recognizing the Taliban

“We definitely will have an intense discussion with our allies on the recognition issue. We’re not there yet. We need to see what kind of government the Taliban form, and we need to see what kind of actions that they take once they form the government….We will be watching their actions very, very closely before any decisions will be made on recognition of a government that they are part of.” — Amb. Linda Thomas-Greenfield

On her relations with the ambassadors of Afghanistan and Myanmar

On Ghulam Isaczai, the U.N. ambassador of the elected government of Afghanistan: “I am in regular touch with him. We were communicating with each other today, and I am very supportive of him. And we will watch and see how things evolve.” — Amb. Linda Thomas-Greenfield

On Kyaw Moe Tun, the U.N. ambassador of the elected government of Myanmar

“We have stayed in contact with each other….We will continue to be friends and supporters of this ambassador as well as the Afghan ambassador moving forward.” — Amb. Linda Thomas-Greenfield

On her four-day crash course in how to run the U.N. Security Council

With her confirmation delayed in the Senate, “I imagined that my colleagues sitting here in New York on the Security Council were wondering what was going on. I really sprinted to the finish line. I was in meetings almost 24/7 for four days.”

While there is no love lost between any Biden official and the previous administration (“There was not a proper handover”), Thomas-Greenfield called her predecessor Kelly Craft “extraordinarily hospitable” and “very supportive.”