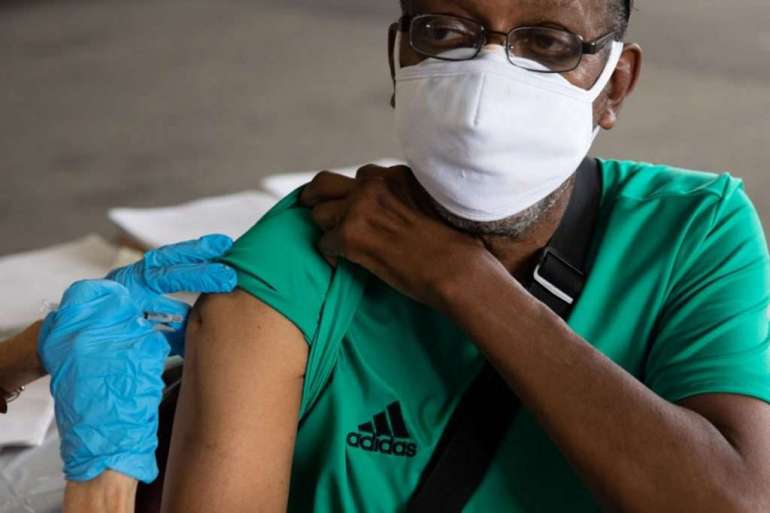 The FDA panel’s votes, while non-binding, are an unexpected roadblock for the Biden administration’s plan to begin administering boosters widely as early as next week. Pfizer sought approval from FDA to offer the booster to people 16 and older, while Moderna has applied for authorization to market boosters for people 18 and older. But the FDA advisory panel opted to endorse much narrower use under an emergency-use authorization, a bar below the full approval Pfizer wanted.

“I think this should demonstrate to the public that the members of this committee are independent of the FDA,” said Archana Chatterjee, a pediatric infectious disease specialist at Rosalind Franklin University.

In a statement, Pfizer’s head of vaccine research & development, Kathrin Jansen, said the company “will work with the FDA following today’s meeting to address the committee’s questions, as we continue to believe in the benefits of a booster dose for a broader population.”

The FDA panel’s meeting took place amid heated debate among federal and outside scientists about whether evidence supports the Biden administration’s broad booster vision. Those concerns surfaced early at the daylong panel meeting, where presenters and committee members alike expressed uncertainty about whether there was clear evidence that boosters benefit younger people as well as older ones, whose immune systems are generally weaker.

“While I would probably support a three-dose recommendation for those over 60 or 65, I really have trouble supporting this as written for anyone of greater than or equal to 16,” said Paul Offit of the Children’s Hospital of Philadelphia.

Others focused on the clear lack of data on the booster’s safety in young people, especially 16- and 17-year-olds.

“We have no data on the safety for this population at all,” Chatterjee said.

Peter Marks, FDA’s top vaccine regulator, asked committee members to examine “the totality of the evidence in order to make your recommendation for us,” including data from Israel showing that booster doses slashed the risk of severe Covid infections in its older population.

“The decision FDA needs to make is based on complex data evolving in front of our eyes,” he said. “There are different views. Differing opinions are critical to assisting in regulatory determination. It’s no secret here.”

Sara Oliver, a doctor with CDC’s National Center for Immunization and Respiratory Diseases, said that vaccines’ efficacy against Covid infections and mild illness has dropped in the last few months. But it remains high against severe disease and hospitalization.

“Reasons for lower effectiveness likely include both waning over time and Delta variant,” which is more than twice as contagious as previous variants, Oliver said.

Pfizer representatives told the FDA panel that maintaining high vaccine effectiveness is integral to containing the pandemic, positing that more instances of severe disease and hospitalization are likely in the U.S. if the country doesn’t begin administering boosters to get ahead of the curve. The company argues that the effectiveness of its vaccine wanes over time, and that the rise of the Delta variant is not a major consideration in decisions on boosters.

Pfizer’s stance leans in large part on data from Israel on booster performance in people over 60; the country has expanded its vaccine campaign to include boosters for people over 30. In a separate presentation, Israeli scientists suggested that their country would have exceeded hospital capacity over the summer had it not begun giving boosters.

But FDA clinical reviewer Joohee Lee said the data from Pfizer’s own clinical trial to support the booster’s effectiveness is limited given the small number of participants and the unknown impact of factors like behavioral changes on the results. The safety data is also limited with respect to reactions by age, she said, noting that just a dozen trial participants between the ages of 65 and 75 got booster doses.

Separately, the CDC published data on Friday showing that all three Covid-19 vaccines available in the United States — from Pfizer-BioNTech, Moderna and Johnson & Johnson — still provide strong protection against hospitalization. The agency’s study, published in its Morbidity and Mortality Weekly Report, included information on more than 3,600 adults hospitalized at 21 U.S. facilities from March to August.

And a Pfizer-sponsored analysis published Wednesday found that the vaccine’s efficacy against severe disease remained stable at nearly 97 percent over six months. The data came from an ongoing trial of more than 45,000 people in six countries who received the company’s two-dose initial vaccination regimen.

Tensions over the booster debate were palpable in opening statements delivered by two senior FDA officials, one of whom signed onto an essay published in The Lancet this week arguing that boosters are not immediately needed for most adults.

Earlier in the day, Marks urged the committee to focus on the science behind the booster application “and not on operational issues related to a booster campaign or on issues related to global vaccine equity” — adding that any forays into those topics would be interrupted.

“We know that there may be differing opinions as to the interpretation of the data regarding the potential need for additional doses, and we strongly encourage all the different viewpoints to be … discussed regarding the data, which is complex and evolving. It also requires near real-time analyses,” he said.

Marion Gruber, the retiring director of FDA’s Office of Vaccines Research and Review, said she looked forward to a “robust and transparent and evidence-based discussion.” The scientists who wrote the Lancet essay, including Gruber, argued the existing science doesn’t support boosting the general population just yet, especially when much of the world has yet to receive their initial shots.

“All of my actions and decisions over my 32-year FDA career have been grounded in science and with you in mind and in the best interest of your health and safety, and I will continue to hold fast to these principles moving forward,” she said.

Scientists from FDA and other institutions this week suggested that the Israeli data contained several limitations that could make it difficult to underpin a regulatory decision in the U.S.

“I honestly don’t think there is enough good quality data at this point to make an informed decision,” said Brittany Kmush, an epidemiologist at Syracuse University, of the Israeli study, noting the 12-day follow-up period and the variability of the authors’ estimates.

Walid Gellad, director for the Center for Pharmaceutical Policy and Prescribing at the University of Pittsburgh, pointed to the lack of direct safety data on additional doses given to 16- and 17-year-olds.

“The question for me is not do the boosters have some effect. The question is how much of an effect they have,” he said. “I’m not sure the Israeli data is giving us enough certainty about that.”

Some Biden health officials have suggested the Israeli data makes a strong case for permitting boosters in the U.S., given that the country is several weeks ahead regarding Covid trends.

David Lim and Katherine Ellen Foley contributed to this report.