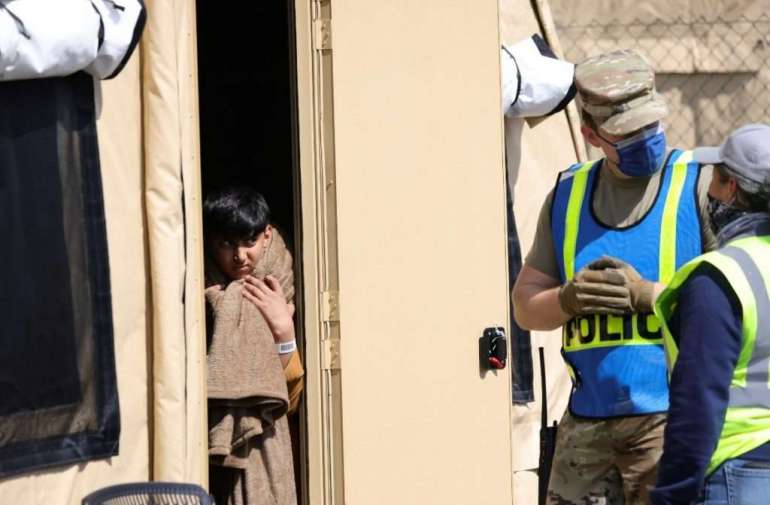 Officials working at the bases are reporting an increase in requests for medical care from Afghan evacuees and that resources, including food and clothes, are dwindling. | Andreas Rentz/Getty Images

The Centers for Disease Control and Prevention is recommending the Biden administration halt flights of Afghan evacuees from military bases overseas to the U.S. for at least 21 days following a measles vaccination, according to two people with direct knowledge of the matter.

After four Afghans tested positive for measles after arriving in the U.S. this month, the CDC announced that it would halt flights to the U.S. for Afghan evacuees at Ramstein Air Base in Germany and Al Udeid Air Base in Qatar for at least a week out of an abundance of caution. The agency is now recommending a stoppage on flights until Afghan evacuees receive the measles vaccine and develop immunity.

The U.S. government began inoculating Afghans for measles last week. A total of 60 percent of Afghans residing at U.S. bases overseas have received their measles shot so far, according to an administration memo viewed by POLITICO. There were six reported measles cases among the group of Afghans across all military sites — both domestic and international — as of Sunday, though 127 people are in quarantine at Holloman Air Force Base in New Mexico after being exposed, the memo said.