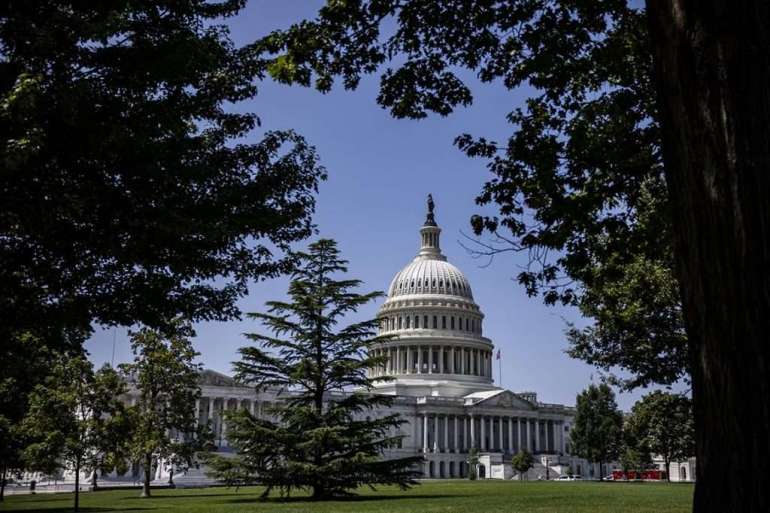 Senate Majority Leader Chuck Schumer said Sunday evening that Democrats are “deeply disappointed in the decision” but plan to meet with the Senate parliamentarian in the coming days and pursue other options.

“Our economy depends more than ever on immigrants,” Schumer said. “Despite putting their lives on the line during the pandemic and paying their fair share of taxes, they remain locked out of the federal assistance that served as a lifeline for so many families. We will continue fighting to pursue the best path forward to grant them the ability to obtain lawful status.”

Schumer’s remarks were echoed by Senate Majority Whip Dick Durbin (D-Ill.) and Sen. Alex Padilla (D-Calif.). A White House spokesperson reiterated that President Joe Biden “supports efforts by Congress to include a pathway to citizenship in the reconciliation package and is grateful to Congressional leadership for all of the work they are doing to make this a reality. “

With bipartisan talks stalled, Democrats widely viewed the social spending package — set to advance through the so-called budget reconciliation process that allows Democrats to sidestep a filibuster — as their best chance to enact immigration reform.

In their arguments before the Senate parliamentarian, a former immigration attorney, Democrats made the case that providing green cards to an estimated 8 million Dreamers, farmworkers, Temporary Protected Status recipients and essential workers during the pandemic had a budgetary impact because it would make more people eligible for certain federal benefits. That, in turn, would increase the deficit by more than $130 billion, according to Democratic estimates.

But the parliamentarian stated in her ruling that providing legal status through reconciliation would also lead to “other, life-changing federal, state and societal benefits” that can’t be meaningfully reflected in the budget.

Providing permanent legal status “would give these persons freedom to work, freedom to travel, freedom to live openly in our society in any state in the nation, and to reunite with their families and it would make them eligible, in time, to apply for citizenship — things for which there is no federal fiscal equivalent.”

In addition, the parliamentarian rejected arguments from Democrats that there is a precedent for including immigration reform in reconciliation. Democrats frequently pointed to a 2005 GOP-led reconciliation bill that addressed a visa backlog.

The parliamentarian, however, noted that the 2005 bill was “the product of a bipartisan agreement” — indicating that provisions with cross-aisle support are more likely to fly under rules that don’t require such buy-in — and that the provisions “are distinguishable” from one another, with the earlier immigration proposal not tackling the question of legal status.

“After decades of failing to enact their amnesty agenda, Democrats tried this latest unprecedented gambit,” McConnell said. “It was inappropriate and I’m glad it failed.”