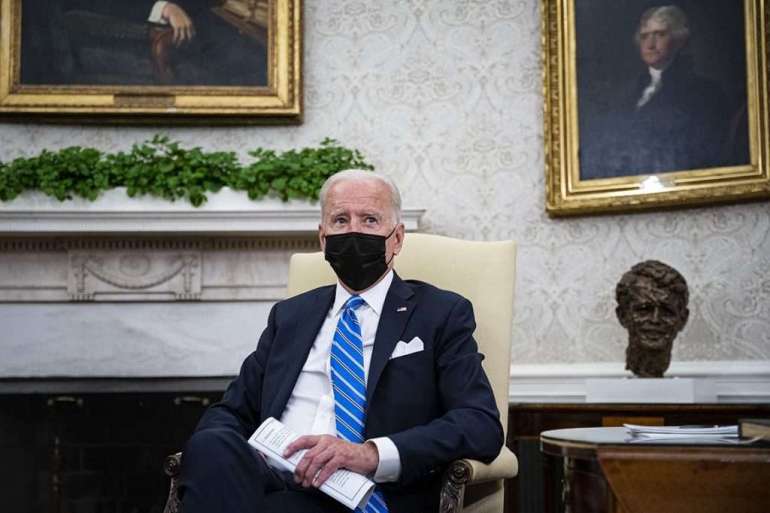 The bill, dubbed the HAVANA Act, authorizes new funding for treatment and gives the CIA director and the secretary of state increased flexibility on how the money is spent. It also requires both to report regularly to Congress on the funding initiatives. Behind closed doors, lawmakers have expressed frustration with the intelligence community for what they perceive to be a failure to sufficiently address the matter in recent years.

“There’s no higher priority than ensuring the safety of our people, and the individuals who’ve served our country now suffering from these troubling health incidents deserve answers and our support,” said House Intelligence Chair Adam Schiff (D-Calif.), who led the effort in the lower chamber.

The Senate unanimously passed the bill in June; it now heads to President Joe Biden’s desk, where he is expected to sign it into law.

“President Biden supports the HAVANA Act and congressional efforts to provide additional support to individuals who have experienced anomalous health incidents,” a senior administration official said. “It is a top priority to ensure they receive the medical care they need, and we are working with Congress to expand benefits to affected individuals across the U.S. government.”

Biden himself has committed to getting to the bottom of the mysterious illness.

“My administration is coordinating a government-wide effort to respond to these incidents, because this challenge demands… that departments and agencies, including the entire intelligence community, work together with urgency,” Biden said during a recent visit with intelligence officials.

Victims of the suspected attacks have reported symptoms including intense ringing and pressure in the ears, loss of cognitive abilities, and even permanent brain damage. The illness dates back to 2016, when U.S. diplomats posted in Havana began reporting symptoms.

The threat has since grown significantly; this year alone, several U.S. personnel posted in Vienna — a hotspot for international spies — have developed related symptoms, according to two officials familiar with the investigation. Two National Security Council officials are also believed to have been hit with directed-energy attacks on U.S. soil — one in Arlington, Va., and another on the south lawn of the White House. Europe is quickly becoming a hotspot for the incidents, officials say. Others were detected in south Florida.

The New Yorker first reported the spike in Vienna-based cases.

U.S. officials believe that Russia’s military-intelligence unit, the GRU, is responsible for the suspected attacks, POLITICO first reported. While there has been no formal attribution, the GRU is believed to be technologically capable of pulling off such attacks, and it has known footprints in all of the countries and cities where the incidents have been reported. A working theory is that the Russian covert operatives used microwave radiation to collect data from their targets’ devices.

Still, the U.S. has struggled, through various investigations, to learn more about the technology behind the suspected attacks. It raises the possibility that a foreign adversary has developed technology that the U.S. does not fully understand — a major national security vulnerability.

The Biden administration has intensified efforts to get to the bottom of it; the investigation has expanded to include the entire intelligence community in addition to the National Institutes of Health, which is assisting in analyzing victims’ symptoms.

Already, CIA Director William Burns has devoted significant resources to the issue, receiving near-daily updates and appointing a senior officer responsible for running point on the investigation. That individual, whose identity is classified, previously oversaw the successful manhunt for Osama bin Laden, the terrorist mastermind of the Sept. 11 attacks.

In a recent NPR interview, Burns said he has met with several victims of the suspected directed-energy attacks.

“I am absolutely determined — and I’ve spent a great deal of time and energy on this in the four months I’ve been CIA director — to get to the bottom of the question of what and who caused this,” Burns said, describing the threat as “real” and “serious.”

“It’s a profound obligation, I think, of any leader to take care of your people, and that’s what I’m determined to do,” he added.

Burns’ team has been directly impacted by the matter, too. According to CNN, a member of Burns’ staff came down with symptoms of a directed-energy attack during the director’s recent trip to India.