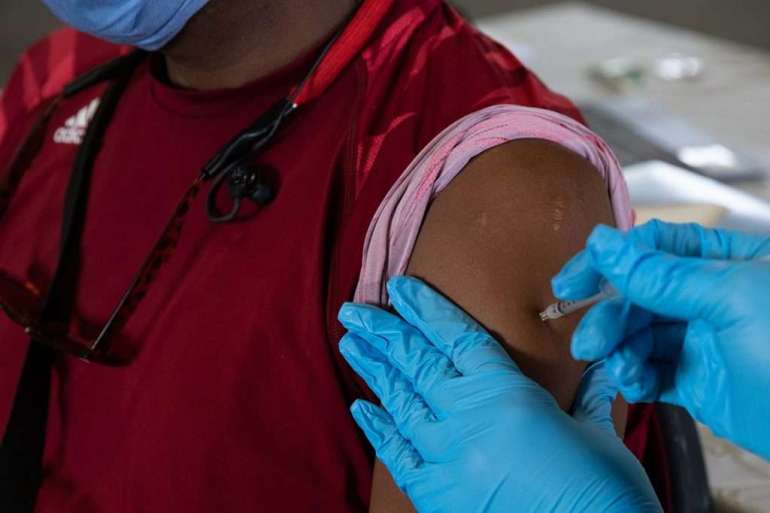 The independent committee said the booster dose should be given at least six months after the initial two-dose vaccination series.

It unanimously voted for boosters for people 65 and older and those who live in long-term care homes, and backed — with some limits — shots for people between 18 and 64 with underlying medical conditions that raise their risk of severe Covid-19. People between 18 and 49 in the latter category would be directed to weigh the benefits and risks in consultation with their doctors or pharmacists, but they wouldn’t have to provide documentation to support their reasons for seeking a booster.

The CDC panel’s votes Thursday afternoon came less than a day after the Food and Drug Administration authorized the Pfizer-BioNTech booster for people 65 and older and those ages 18 to 64 with underlying health conditions. FDA also allowed the booster for people 18 to 64 who may be at risk of contracting or transmitting Covid-19 at work, such as doctors or nurses, or in congregate settings.

The final step in the process will come when CDC Director Rochelle Walensky approves the CDC advisory panel’s recommendations, clearing the way for a slightly narrower booster rollout than the FDA envisioned in its authorization. That does not mean that the two health agencies will not decide at some point to formally broaden the groups eligible for boosters.

But shortly after the advisory panel finalized its recommendations, the administration abruptly postponed the call, citing “shifting schedules,” according to a notice sent to participants and obtained by POLITICO.

Leana Wen, an emergency physician and public health professor at George Washington University, said Walensky should overrule the panel’s “no” vote on boosters for people with significant on-the-job Covid-19 exposure, arguing there would be “major consequences” if health care workers can’t report for duty due to quarantines.

“This is a values call,” she said. “There are some people who don’t care much about breakthrough mild infection. There are other people who care a lot about getting Covid at all, potentially transmitting it to their loved ones, and or having long-term consequences from long-haul Covid.”

CDC advisory panel members couched its decisions as “interim recommendations” in an effort to emphasize the evolving data and on-the-ground realities influencing their decision-making.

But it’s unclear to what extent the committee’s recommendations could prevent Americans who aren’t technically eligible under the new parameters from accessing boosters. Federal health officials have already allowed moderately to severely immunocompromised Americans to receive additional doses of either Pfizer’s or Moderna’s vaccines by attesting to their conditions, with nearly 2.4 million having gotten them as of Wednesday.

“We might as well say, ‘Just give it to anyone 18 and older,'” said Pablo Sanchez of Ohio State University’s Nationwide Children’s Hospital.

“They really wanted to get it right, because it opens up the door to a whole range of folks that they’re just not quite sure whether or not the data is there to support it,” he said.

Still, one former senior FDA official said the debate — while critical to the scientific process — and “very mixed and confusing messages” from FDA and the CDC panel in rapid succession could foment vaccine hesitancy.

“I fear the whiplash will only further scare away those on the fence about getting vaccinated and empower the anti-vaxxers,” the former official said.

Walensky applauded the committee’s work at the beginning of Thursday’s meeting, touting the importance of discussing different opinions to reach consensus on how to use the vaccine in real-world settings.

There was little debate on the benefits of boosting seniors, whose protection against severe disease and hospitalization has been shown to wane over time — and possibly due to the prevalence of the highly contagious Delta variant.

But committee members diverged on whether any adult who was initially immunized with the Pfizer product who either has an underlying medical condition or whose work or living situation put them at high risk for severe disease should get a booster now.

The CDC lists several health conditions as putting people at risk for severe disease, said Nirav Shah, director of Maine’s Center for Disease Control and Prevention, suggesting that a broad interpretation would mean the majority of American adults would be eligible for boosters.

Members also fretted over the implications of approving one brand’s booster without allowing recipients of others authorized for use in the U.S. — Moderna and Johnson & Johnson’s — to access it, since mixing vaccine brands has yet to be sanctioned by the FDA.

Doran Fink of FDA’s Center for Biologics Evaluation and Research said he’s also frustrated by the lack of data on the safety and efficacy of mixing Covid vaccine brands. The National Institutes of Health is studying those questions and expects to have results later this year.

“I can assure you that FDA is working diligently with vaccine manufacturers as well as with our other partners in federal government, including NIH, to arrive at a solution expediently to address the situation and to provide a solution that will comply with legal requirements,” he said.

Moreover, committee members expressed concern that the vaccinated public may be putting too much stock in boosters for protection when the key to ending the pandemic is widespread inoculation that helps stamp out new variants.

“I’m afraid I’m going to get quoted on this, but I feel like we’re putting lipstick on frogs,” said Helen Keipp Talbot, an associate professor of medicine at Vanderbilt University.

David Lim and Adam Cancryn contributed to this report.