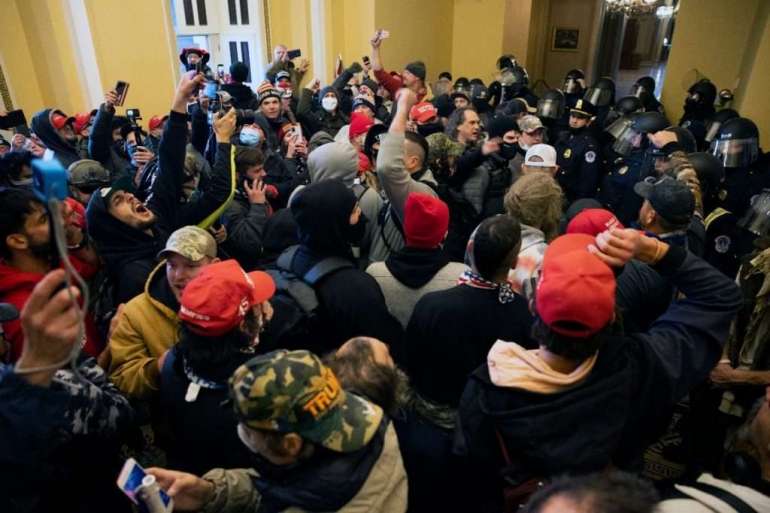 The panel is investigating not just the attack on the Capitol but former President Donald Trump’s effort to call his supporters to Washington that day and to promote discredited claims that the 2020 election was stolen from him. Earlier this week, the committee subpoenaed four top Trump allies, including his former chief of staff Mark Meadows. And it is working with the National Archives to obtain voluminous records from Trump’s White House, a move expected to kick off a fight over Trump’s ability to invoke executive privilege now that he’s out of office.

About 60 of the 600-plus rioters charged with storming the Capitol have pleaded guilty to participating in the riot, mostly to misdemeanor offenses like trespassing.

It’s not immediately clear how many, if any, of those charged will agree to speak with House investigators. Such cooperation might help defendants get more lenient sentences, but some have already been sentenced, with a handful escaping jail time.

One defendant who has received outreach is Andrew Hatley, who pleaded guilty on Sept. 14 to parading in the Capitol. He’s due to be sentenced in December. His attorney Joseph Conte did not say how he would respond to the committee’s request. Another attorney, who did not get the letter, told POLITICO his client would refuse the committee’s offer if he received it.

The disparate timelines of the committee and the court system could also make it challenging to secure testimony from many defendants. Few of those facing the most serious charges have pleaded guilty. Due to a mountain of video evidence that is still being processed, prosecutors have urged judges not to consider holding trials until next year.

But testimony from any of the Jan. 6 defendants could prove potent for the committee. Some of those accused of storming the Capitol have since renounced earlier claims that the election was stolen and have pinned their actions on Trump, suggesting they were duped into descending on D.C. and believed they were carrying out his wishes.

“He was responding to the entreaties of then-Commander in Chief President Trump,” an attorney for Dominic Pezzola, a Proud Boy who was one of the first rioters to breach the Capitol, wrote in a February filing. He said Pezzola was “one of millions of Americans who were misled by the President’s deception.”

Judges have largely rejected the legal validity of those assertions, saying defendants are responsible for their own actions and couldn’t plausibly believe the president had given them permission to defy police orders.

“No American President holds the power to sanction unlawful actions because this would make a farce of the rule of law,” Judge Beryl Howell, chief of the federal district court in Washington, wrote in a ruling that has become an important precedent for Jan. 6 cases.

Alleged rioters like Pezzola — who was captured on video shattering a Capitol window with a riot shield before leading the mob into the building — have since adopted defenses that largely pin their behavior on Trump, suggesting they fell victim to the former president’s false claims about the election being stolen.

Another defendant, Jacob Chansley — who famously breached the Senate chamber shirtless and wearing a horned headdress — has similarly suggested through counsel that he was brainwashed by the former president.