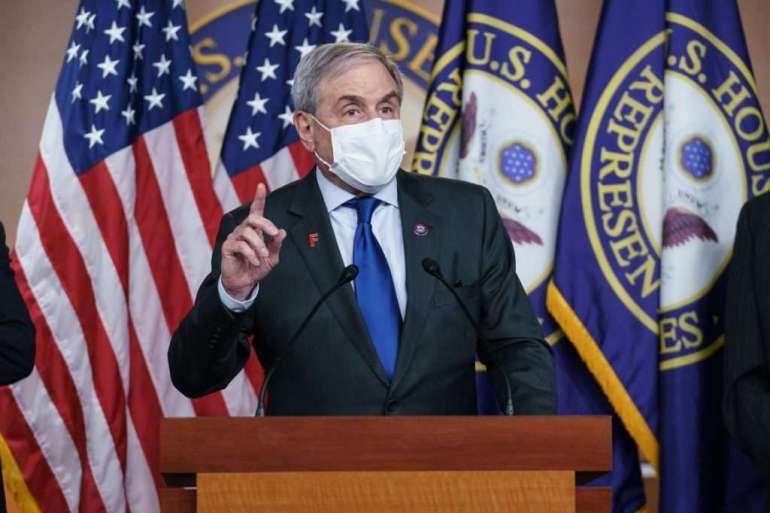 Instead, top Democrats in the House see the formal melding of the 12 chunks of bill text as a way to mark their spending goals before the plan morphs to meet the disparate demands of their party’s lawmakers, including the moderate Democrats on the opposite end of the Capitol.

In a letter to her own on Saturday, Speaker Nancy Pelosi touted the Budget Committee markup, while noting that the package will change before she brings it to a floor vote since “negotiations continue with the Senate …”

“The next few days will be a time of intensity,” the speaker wrote.

Showing movement on the social spending package is especially important now, since Pelosi faces a Monday deadline for calling up the separate infrastructure package top Democrats have tried to advance in tandem with the social spending plan. Because the House Budget Committee convened the weekend markup, Pelosi could theoretically call a vote on passage of the $3.5 trillion plan come Monday — if only the package were ready to garner the support of nearly all 220 Democrats in the House and all 50 in the Senate.

House Budget Chair John Yarmuth, whose Kentucky district is home to the main international hub for UPS, likes to joke that he is merely the delivery man for the $3.5 trillion proposal and not in charge of what’s in it. His committee’s work moves the plan no closer to enactment, however, since the contents of the package are still in flux.

The chair noted the panel’s “ministerial role” in advancing the legislation Democrats are calling the “Build Back Better” plan.

“Ideally, we would have gotten a complete agreement. But that was probably a longshot,” Yarmuth said in an interview after Pelosi asked him to hold the Saturday markup. “I actually do think it’s important to put a stake in the ground and say, ‘This is where the House is. These are the policies that we think are important. And here’s what it costs to do that.’”

Rep. David Price (D-N.C.) delivered his own plea for unity during the markup, as the party’s progressive and moderate wings stick to dueling ultimatums for movement on the two plans.

“We all need to realize that we can advocate passionately, we can work tirelessly, but the proof of our conviction is not threatening to bring the house down. We must have both bills,” Price said.

House Republicans are delighting in Democrats’ whipping predicament. The Saturday markup was scheduled at the last minute “because the majority needs to reconcile infighting within their own party,” said Rep. Jason Smith of Missouri, the committee’s top Republican.

Smith forced Democrats to vote during the markup on their strategy for handling the debt limit, as the Treasury Department warns that the nation could default on its loans as soon as next month. The ranking member dared Democrats to backtrack on their approach to the issue by revamping the budget measure they are using to pass the social spending plan along party lines in the Senate.

“The Democrats — as the majority party — they have the votes, they have the time, with all the necessary tools, to address the debt limit. We should be using this time today to expedite that process,” Smith said.

Changing the budget measure now would be time consuming, however, and could procedurally derail the path to getting the $3.5 trillion package to Biden’s desk. So Democrats continue to insist Republicans join them in lifting the debt limit to avoid the economic fallout from a national default in the coming weeks.