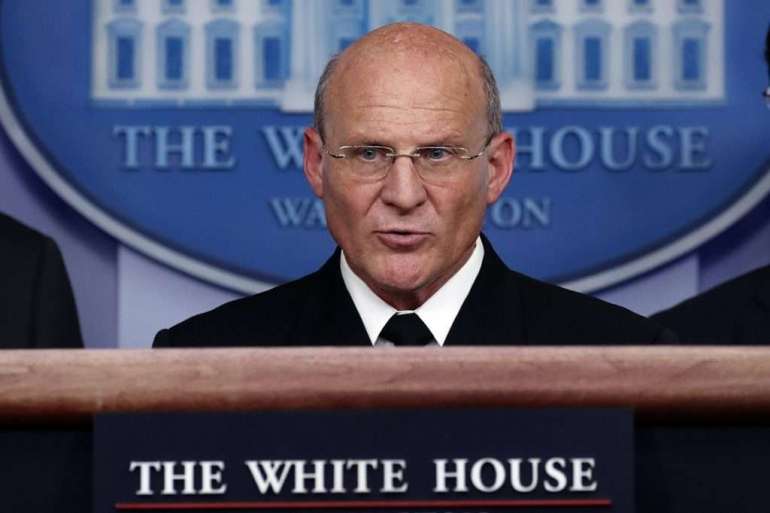 While the Pentagon hasn’t decided who will run the process, it’s certain that the U.S. Navy will play a key role in helping the Aussies along.

“The real work is going to be done by the Navy’s office of Naval Reactors in terms of really setting up the structure of the technology sharing,” Rep. Joe Courtney (D-Conn.) said in an interview. That office works with the Department of Energy to develop, design and maintain nuclear-powered propulsion systems aboard submarines and aircraft carriers.

Courtney’s state is home to General Dynamics Electric Boat, one of the country’s two submarine builders alongside Huntington Ingalls in Virginia. Together, the two build and repair all of the nation’s 68 submarines.

“There’s clearly going to be some congressional action,” Courtney added, which will have to include “modifying some statutory language on export controls and other sorts of classified restrictions and certain technology.”

Those issues will require debate and votes. But after Australian Prime Minister Scott Morrison’s visit to Capitol Hill on Wednesday where he was feted by both Democrats and Republicans, there is the sense that a bipartisan consensus can be reached on sharing classified military technology with them.

The changes in international technology-sharing agreements will also have to run through the Pentagon and State Department. And those changes don’t happen quickly.

Chief among the issues is sharing nuclear know-how. The U.S. hasn’t signed an agreement with a foreign government to transfer nuclear technology since 1958, when it inked a pact with the U.K. to allow the Royal Navy to begin building its own fleet of nuclear-powered submarines.

The Australian government has already established a Future Nuclear Submarine Task Force to work with its U.K. and U.S. counterparts over the next 18 months to determine the best way to acquire the boats. In Washington, other than the Navy’s clear involvement, it’s still not clear which civilian office will run the process.

Pentagon spokesperson Lt. Col. Martin Meiners said “there is no predetermined pathway,” for how the process will run, but the next 18 months “will address the full range of implementation questions as it identifies the best pathway to deliver the capability.”

While a specific type of submarine design has yet to be determined, likely candidates would appear to be either Britain’s Astute-class attack submarine or the U.S. Virginia-class vessel, both of which run on nuclear power and share weapons and command-and-control technologies. Construction is slated to take place at a shipyard in Osborne in South Australia.

But the work to begin the actual construction at that shipyard will be a heavy lift.

It’s unclear what role American and British defense contractors will play, but Courtney said he doesn’t expect industry to play a role in the initial talks to settle on a way forward.

In a company podcast posted last week, Electric Boat President Kevin Graney said “there is no specific action we’ve been asked to take at this time,” but his company is “ready to support this endeavor, and have communicated that message to our Navy and government leaders.”

One big issue on the American side: There is little to no excess industrial capacity to throw much support behind the Australian effort, at least in the short term. The Navy is struggling to build two Virginia-class submarines a year while adding a new Columbia-class ballistic missile boat to the production line at a rate of one per year from 2026 to 2035.

The Pentagon has pumped hundreds of millions worth of Defense Production Act funds into shoring up shipyards over the past year, and members of Congress have suggested investing $25 billion to modernize and expand aging public shipyards that handle work on nuclear-powered submarines and aircraft carriers. Both types of vessels have endured longer maintenance periods in recent years and extended deployments.

Given the tight domestic submarine build schedule and shipyard issues, “any capacity that Electric Boat and Huntingotn Ingalls would be able to generate for more submarines, the Navy and Congress would like to use for U.S. submarines,” said Bryan Clark, a former submarine officer now at the Hudson Institute. “I see really no case in which this becomes a Virginia-class submarine, because even to send people overseas to build them to support that effort would take away from the capacity building U.S. submarines.”

The U.K. arguably will have more spare industrial capacity in the coming years, as it finishes up work on its last two Astute-class submarines, while transitioning into work on four new Dreadnought-class subs, which will share technology with the Columbia boats. The U.S. Navy will be building submarines at a clip of at least three per year during those years, straining its relatively limited workforce and shipyard capacity.

Even if the Australians do opt for a design reliant on the British submarines, most of the non-nuclear technology that will go into the ships will need U.S. approval before it makes its way to Australian shipyards.

“It’s the unclassified stuff that’s going to trip them up because that’s what the State Department cares about,” said William Greenwalt, a former deputy undersecretary of defense for industrial policy now at the American Enterprise Institute. “It’s not just the nuclear plant, which I think can be dealt with, it’s everything on the submarine. Our export control laws are so complicated” that it will be a huge effort to get parts and spares into the hands of the Australians.

Of particular concern is the U.S. International Traffic in Arms Regulations rules, which govern the export of defense-related materials.

The ITAR rules can take months to sort out for a whole host of nontechnical parts that allies are looking to acquire.

The Australians were not planning to put their first French-made submarine into the water until 2035, a timeline that will almost certainly be unachievable for their new nuclear-powered design, whatever it might look like.

Given the shared concern among the allies of the growth and capability of the Chinese navy, and Australia’s need to replace its older subs, the three governments will find a way to get new boats in the water. The announcement was hailed by the White House as proof of the Biden administration’s determination to refocus American attention on the Indo-Pacific, and stands as a clear test of alliance-strengthening in the region.

“This is going to be a signature, if not the signature foreign policy event of the Biden administration,” Courtney said.