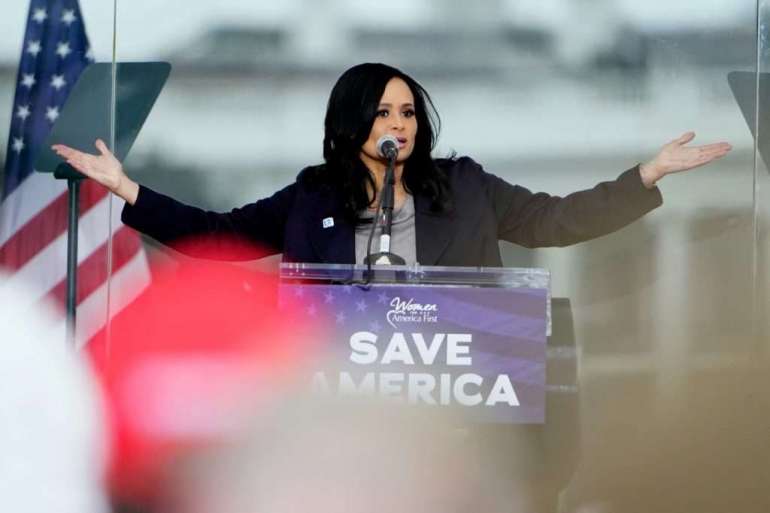 The panel specifically is asking Pierson about a reported Jan. 4 meeting she had with then-President Donald Trump at which he asked about a separate event featuring speakers like Ali Alexander and Roger Stone. Pierson reportedly informed Trump about a Jan. 5 rally organized by a group called the Eighty Percent Coalition, whose leader Cindy Chafian also received one of the 11 subpoenas.

Committee investigators are looking into connections between the rally organizers and Trump, who helped drive attendance by billing Jan. 6 as a “wild” protest against the results of the 2020 election. Many of the extremists who participated in the rally, and subsequent Capitol breach, cited Trump’s language as justification for their actions.

“I don’t think it’s any secret that we’ve been very focused on the lead up to January 6 and planning for the events on the 5th and 6th,” said Rep. Pete Aguilar (D-Calif.), one of the nine members of the committee. “So that’s … one of the lanes that we’re gonna focus on early.”

Prosecutors have charged several participants in the rally and related events with joining the riot at the Capitol, but little evidence has come out so far about whether the organizers of the rally anticipated the attack or discussed the mounting evidence that the rally would draw violent actors to Washington. Trump is facing several lawsuits from Capitol Police, lawmakers and advocacy groups, who accuse him of inciting the violence by stoking disinformation about the election results and calling supporters to Washington.

“The subpoenas seek a range of records that include materials dealing with the planning, funding, and participation in the events and bus tours; social media activity of associated entities; and communications with or involvement of Trump Administration officials and lawmakers,” according to the Jan. 6 Committee’s announcement.

The new subpoenas come as investigators have accelerated efforts to obtain documents and testimony from witnesses they view as likely to be hostile. Last week, the committee subpoenaed four Trump World insiders, including former chief of staff Mark Meadows and longtime Trump aide Dan Scavino, for documents and testimony.

The committee has already received documents from seven federal agencies, as POLITICO previously reported. Rep. (D-Miss.) has indicated he hopes to wrap the probe by the spring, despite its sprawling mission.

They face significant hurdles to that goal. White House press secretary Jen Psaki said last week that Biden had decided against asserting executive privilege to protect the secrecy of documents from the Trump White House related to the probe. But a few hours later, another White House spokesperson backtracked on that statement and said the Biden team had decided to greenlight the release of materials from only a few former Justice Department officials.

And civil liberties advocates have raised concerns about seeking records from those tied to organizing a rally, which could be an intrusion on protected First Amendment rights.

“At a minimum, there needs to be some distinction between people who actually participated in the attack on the U.S. Capitol and those who were in D.C. lawfully exercising their right to protest,” said Elizabeth Goitein, the co-director of the Brennan Center’s Liberty and National Security Program, who worried about a “dangerous precedent.”

“For instance, I worry about a future committee, under different leadership, finding some pretext to subpoena the emails and text messages of Black Lives Matter leaders or other racial justice activists,” she added.