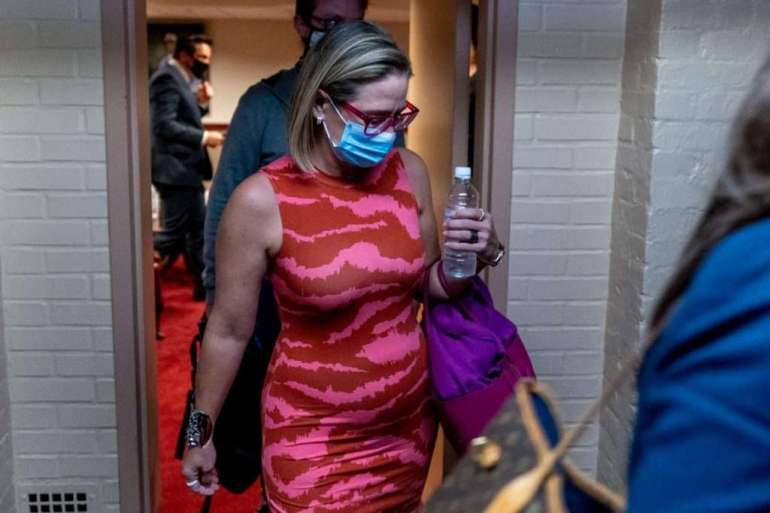 The statement comes after Speaker Nancy Pelosi postponed a vote on legislation that Sinema played a key role negotiating, amid opposition from progressives who vowed not to pass the bill without the party’s $3.5 trillion social spending plan.

The White House and Democratic leaders tried this week to reach an agreement on a framework with Sinema and fellow moderate Sen. Joe Manchin (D-W.Va.) on the social spending plan that could also satisfy progressives ahead of the vote on the physical infrastructure package. But no agreement was reached, despite several meetings with President Joe Biden and White House staff.

Sinema and Manchin have both made clear that they do not support Democrats’ $3.5 trillion top line for the social spending package, prompting Biden to tell House Democrats during a visit to the Hill Friday that the price tag would likely range from $1.9 trillion and $2.3 trillion. Biden also told the caucus that the infrastructure package wouldn’t go through without the social spending bill.

Sinema on Saturday indicated that the delay didn’t help with the negotiations.

“What Americans have seen instead is an ineffective stunt to gain leverage over a separate proposal,” Sinema said. “I do not trade my vote for political favors — I vote based only on what is best for my state and the country. I have never, and would never, agree to any bargain that would hold one piece of legislation hostage to another.”