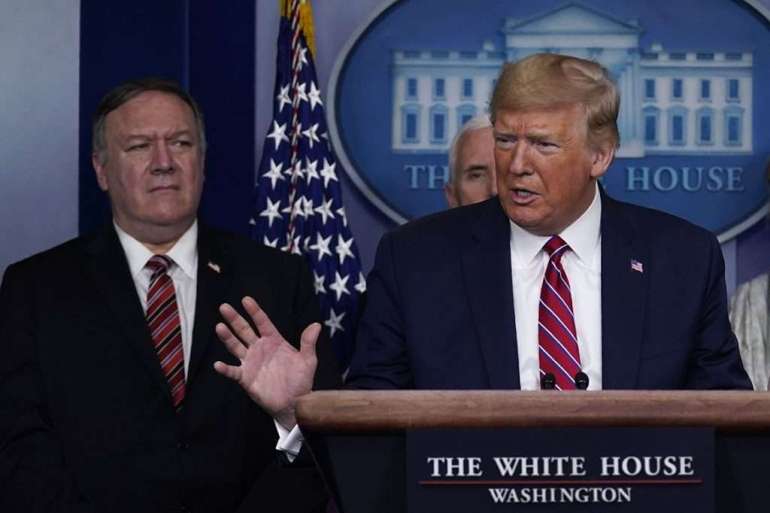 The disconnect could be a function of Trump’s outsized persona within the party and his explicit use of racist terms about the pandemic, according to Asian American activists and academics. From “kung flu” to “China virus,” Trump’s rhetoric around the pandemic became a major factor in pushing Asian Americans to get more politically engaged in 2020. Early and absentee voting by AAPI voters in swing states increased by 300 percent last year, more than any other group, NBC News reported.

A year of violence and fear has reshaped the way Asian Americans and Pacific Islanders look at themselves and politics.

In fact, Trump was the second-most cited catalyst for anti-AAPI discrimination in the poll, behind the fact that Covid-19 was first detected in China, which 63 percent of respondents said was a “major reason” for discrimination.

Asian Americans generally tend to identify as independents and form opinions on a candidate-by-candidate basis rather than for an entire party relative to other communities, which could explain why voters were more readily willing to name Trump than the party at large, said Christine Chen, executive director of APIAVote, a nonpartisan group focused on engaging AAPI voters that presents data to campaigns from both parties.

“A lot of them aren’t necessarily wedded in terms of the actual parties but it’s really about individual candidates and the relationships. And that has been consistent,” Chen said. “So it really has been about how those campaigns and candidates have outreached to the community. How they have actually developed relations.”

Though Republicans have largely stood by the former president, there has been far more prevalent dissent against his Covid rhetoric among AAPI Republicans. Among the most notable was from Rep. Young Kim (R-Calif.), who was elected to Congress in 2020 and denounced Trump’s “continued use of terms associating COVID-19 with the #AAPI community” as “hurtful to many across our diverse nation. As I have said in the past, no American of any race or ethnic group, is responsible for this virus.”

“Words have consequences, which is why I spoke out against the use of insensitive rhetoric such as ‘kung flu.’ Our leaders must work to unify, not divide, and this rhetoric does not do that,” Kim wrote in a March op-ed.

Beth Fukumoto, who served as the Republican leader in the Hawaii State Legislature from 2014 to 2017, said she’d seen some earnest GOP efforts to reach out to Asian American voters before Trump landed the party’s presidential nomination. Both state and national Republican leaders were piqued by the rapid growth of the AAPI electorate, Fukumoto said, and showed genuine interest in appealing to Asian voters. But that changed when Trump became the face of the party, she said.

Fukumoto left the Republican Party in 2017 and registered as a Democrat. When asked if she would rejoin the Republicans if the party were to distance itself from Trump’s rhetoric, she flatly said: “No, I’m out.”

“The party would do well to separate from Trump but I guess I would say I wouldn’t trust it,” she said. “What I saw in 2016 was that despite all of the lip service and, actually, genuine effort put into trying to be a party that could be representative of a bigger group of people, the minute it became easier to go back to just appealing to white voters, they did it.”

Janelle Wong, a professor of Asian American and American studies at the University of Maryland and research fellow at AAPI Data, noted that an overwhelming majority of Asian American Republicans cited racial discrimination as a highly important factor going into last year’s elections in a 2020 survey by AAPI Data.

Throughout the pandemic, Trump’s use of derisive rhetoric about China was dubbed by many reporters, activists and lawmakers as both racist and directly contributing to xenophobia around the virus’ origins. But Trump and his allies repeatedly defended his use of the terms as not targeting Chinese people in particular but rather the Chinese government for its handling of the virus’ initial outbreak.

“It’s a fair thing to point out as China tries to ridiculously rewrite history, to ridiculously blame the coronavirus on American soldiers,” then-White House press secretary Kayleigh McEnany told reporters last summer. “President Trump is trying to say, ‘No, China, I will label this virus for its place of origin.’”

But that’s not how researchers and respondents alike feel. One study published by the American Journal of Public Health documented spikes in xenophobic tweets directly following Trump’s use of racialized pandemic rhetoric.

“His words and his validation and refusal to back down even after he was informed that it would have negative repercussions for Americans, the people he’s supposed to lead and care about … made an indelible mark with regards to people who are engaging with these acts but also for the victims, getting the sense that he legitimized or made it OK to have these ideas and thoughts,” said Charissa Cheah, a professor at the University of Maryland who has conducted studies measuring anti-Asian American discrimination during the pandemic.

Cheah found in her own research that concerns over Asian American discrimination haven’t abated since President Joe Biden took the White House, even though he has proactively highlighted and condemned anti-Asian violence numerous time since taking office.

“The stage had been set. The gates are open,” Cheah said.