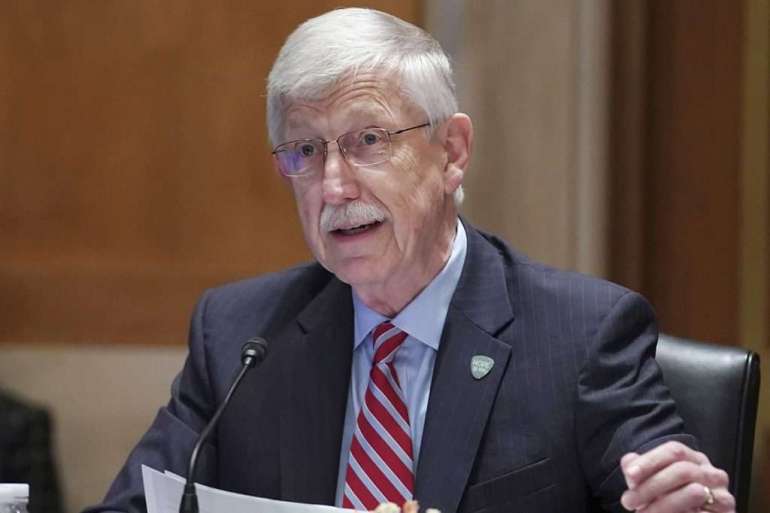 “I fundamentally believe … that no single person should serve in the position too long, and that it’s time to bring in a new scientist to lead the NIH into the future,” Collins said in a statement.

During the coronavirus pandemic, Collins has been on the front lines urging Americans to wear masks and get vaccinated. While Anthony Fauci, the nation’s top infectious disease expert and President Joe Biden’s chief medical adviser, became the most visible advocate for the administration’s vaccination efforts, the Biden administration has increasingly put Collins on network shows to urge vaccinations and defend the booster strategy.

“This is the way it ought to be,” Collins said about the Food and Drug Administration’s decision late last month to limit boosters to certain vulnerable populations for now, despite the Biden administration’s pledge that boosters would launch broadly by Sept. 20. “Science sort of playing out in a very transparent way, looking at the data coming from multiple places, our country, other countries, and trying to make the best decision for right now,” he said on CBS’ “Face the Nation.”

During Collins’ 12-year tenure, the NIH budget grew by 38 percent, from $30 billion in 2009 to $41.3 billion in 2021. Collins proposed a series of ambitious initiatives directed at pressing health issues including Alzheimer’s disease, cancer, opioid use disorder, rare diseases and the coronavirus pandemic.

President Joe Biden called Collins “one of the most important scientists of our time” in a statement Tuesday, adding he was among the first government officials he asked to stay in his role amid the pandemic threat. “I was grateful he answered the call to serve even though it was asking him to stay on the job longer than anyone in NIH history. Today, I understand his decision to step down from his post at the end of this year after an incredible and consequential tenure,” Biden said.

Eric Topol, founder and director of the Scripps Research Translational Institute, hailed Collins’ contributions to biomedical science, writing on Twitter, “I am saddened to see him stepping down, want to express the deepest appreciation for decades of leadership.”

Collins will continue to lead his research laboratory at NIH, which is studying the underpinnings of Type 2 diabetes and developing new genetic therapies for a form of premature aging known as Hutchinson-Gilford Progeria Syndrome.

Raised on a farm in the Shenandoah Valley, Collins became fascinated by the emerging field of genetics after undergraduate studies in chemistry at the University of Virginia and graduate work at Yale. He enrolled in the medical school at the University of North Carolina at Chapel Hill, then went on to posts at Yale and the University of Michigan, eventually identifying genes for cystic fibrosis and other disorders.

Collins has spoken at length about his conversion from atheism to Christianity and penned a book in 2006 called “The Language of God: A Scientist Presents Evidence for Belief.” A year later, he founded The BioLogos Foundation, a group that aims to reconcile religion and science and argues that God created the world through evolution.

In 2009, he left the organization after President Barack Obama nominated him to lead the NIH and was sworn in after being unanimously confirmed by the Senate.

During his tenure, Collins had drawn the ire of anti-abortion groups that opposed his support of using fetal tissue in medical research, but emerged politically unscathed. An immensely popular figure on Capitol Hill, Collins has also made efforts to reach out to the religious community throughout his career, which continued during the Covid-19 pandemic.

“For somebody who’s a believer, this is what you could call an answer to prayer,” he told Religion News Service last month, in reference to the coronavirus vaccine. “If we’ve all been praying to God to somehow deliver us from this terrible pandemic, and what happens is these vaccines get developed that are safe and effective, well, why wouldn’t you want to say, ‘Thank you, God’ and roll up your sleeve?”

In 2017, then-President Donald Trump asked Collins to stay on as NIH director, as did President Joe Biden after taking the White House in 2020.

Before that, he directed the National Human Genome Research Institute and oversaw the international project to map the human genome, which was completed in 2003. The work led President George W. Bush to award Collins with the Presidential Medal of Freedom in 2007.

“This monumental advance in scientific knowledge has begun to unlock some of the great mysteries of human life and has created the potential to develop treatments and cures for some of the most serious diseases,” the White House said at the time.

Adam Cancryn contributed to this report.