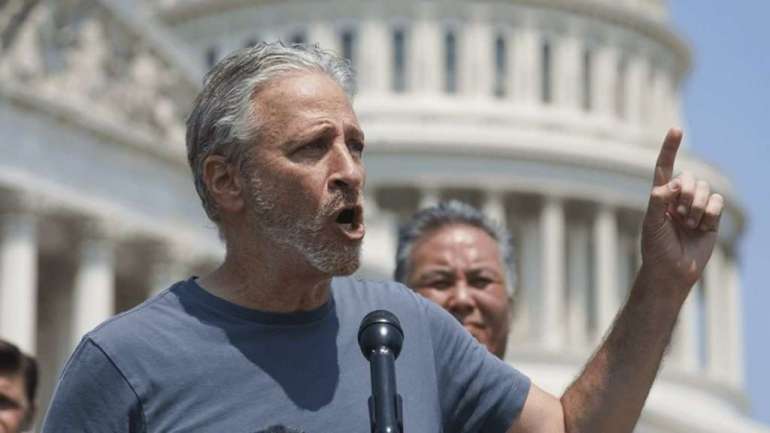 “If we have identified the pressure points where the guardrails look most vulnerable, that’s where we should be focusing so much of our efforts in terms of strengthening. … The encouraging thing is watching on a grassroots level, people that are really viewing it as something that they want to protect and that they want to strengthen,” Stewart said.

Discussing political developments in the six years between leaving “The Daily Show” and starting a new show, “The Problem with Jon Stewart,” on Apple TV+ this fall, Stewart said social media algorithms have been a key factor in driving increased political polarization.

“We’re adjusting to a new information and political ecosystem. … The delivery system is more sophisticated, more robust and more ubiquitous,” he said. “It helps radicalize in a faster way or a deeper way. We have algorithms that make sure that if you are starting to lean toward something bad … then the algorithm says, ‘I’ve got a four-hour manifesto you’ve got to see.’ We have created a machine that makes that kind of radicalization more efficient.”

Stewart briefly cast judgment on whether President Joe Biden is doing a good job leading the nation — “I don’t think anybody is” — before returning to the threat that critics perceive Trump poses to the democratic order, maintaining the former Republican president is mostly an “effective vessel.”

“Again, he is not singing new songs. … He is maybe singing them better than [the late Sen. Barry] Goldwater,” Stewart said. “But I think it’s a mistake to focus it all on this one individual and not to focus it more on the idea that power is its own reward, whether it be in the financial industry or in government. Power doesn’t ever cede itself.”

“We learned a lot of this in recent decades, but especially maybe the last four or five years because Donald Trump was so disruptive and so willing to challenge norms, we have learned that a lot of the American system is built on the honor system,” Stewart said. “That only works, of course, if you care about or even have a sense of honor.”