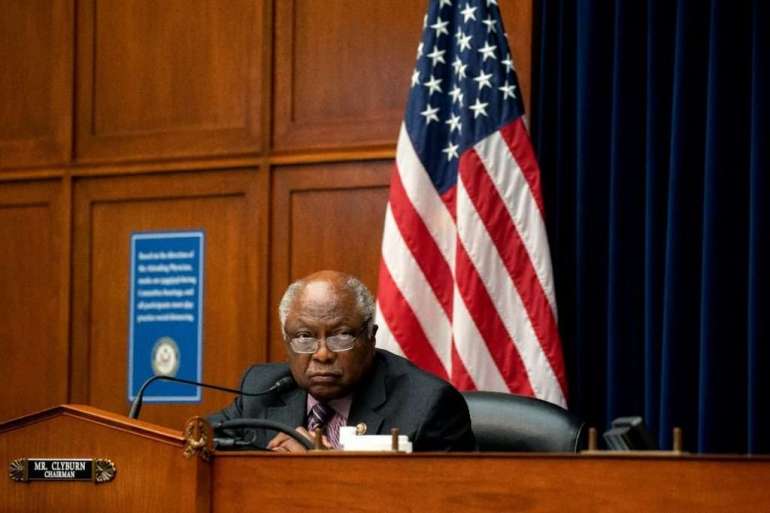 Echoing Clyburn’s comments on the New Deal, some are concerned that programs benefiting Black and brown people could be cut altogether or significantly weakened, potentially widening inequities. Clyburn himself said in an interview he was concerned the final product would expand Medicare to cover dental, vision and hearing services, while giving Medicaid proponents little to latch on to.

“If you give permanent funding to Medicare at the expense of Medicaid, you are widening the health care gap between poor people and more wealthy people because Medicare — billionaires get Medicare,” he said. “Medicare is for everybody irrespective of income. Medicaid is for poor people.”

Clyburn’s office pointed out that 60 percent of the 2.2 million Americans who would benefit from a federal Medicaid expansion are people of color. Ultimately, the congressman is pushing for a compromise that keeps all the original provisions in the final package and lowering the price tag by reducing programs’ timespans rather than dropping them.

Others in the party make the case that passing Biden’s “Build Back Better” package into law, even a scaled back version, would itself prove critical to closing racial equity gaps, and that the party shouldn’t lose sight of that potential achievement.

“This would be the biggest racial justice bill in generations,” said Sen. Brian Schatz (D-Hawaii).

“And yes, it’s infrastructure, and yes, it’s social spending, but it should be viewed as the Biden administration views this, which is an opportunity to address historic wrongs and ongoing injustice. It won’t solve anything permanently, but for the federal government to have this level of commitment to racial justice is quite literally once in a lifetime.”

As Democrats race to meet a self-imposed Oct. 31 deadline for finalizing the legislation, the White House and congressional leadership are increasingly being forced to navigate debates like these. In recent weeks, the president has strained to find common ground between centrist Democrats and progressives across the Senate and House, made more difficult by the party’s razor-thin majorities. An administration official said the White House is fighting for everything in the president’s originally proposed plan.

Through it all, lawmakers and advocates have reminded the White House of Biden’s promise to integrate racial equity into all aspects of his presidency — and that communities of color are one of the bedrock constituencies for the Democratic party.

Biden’s original plan sought to achieve that by funding everything from historically Black colleges and universities, to Medicaid expansion in Republican-led states, to pay increases for home care workers, who are predominantly women of color.

“Equity is embedded in the Build Back Better agenda and is at the core of our entire economic growth strategy for ensuring that the economy delivers for the American middle class,” said White House spokesperson Andrew Bates. “That has always been the case and always will be.”

Nowhere is the growing tension over the morality and efficacy of the coming cuts more apparent than in health care, where lawmakers are engaged in negotiations about which programs to scale back and which to preserve, and how those choices will impact communities of color, whose underlying health disparities were lethally exacerbated by Covid-19.

House leadership and the House’s moderate New Democrat block are pushing Congress and the Biden administration to prioritize an expansion of Medicaid to cover roughly 2 million uninsured people in red states that refused to expand the program under the Affordable Care Act — arguing that the majority of those helped would be poor people of color.

Progressives and outside advocates involved in the negotiations counter that expanding Medicare benefits would also help millions of seniors of color who currently can’t afford dentures, glasses or hearing aids.

Eliot Fishman, the senior director of health policy at Families USA, is not taking a side in the fight, but shared research showing that of the country’s roughly 6 million Black Medicare beneficiaries, about one third have lost all of their natural teeth, and a majority did not see a dentist in the last year because of the cost.

“The lack of that benefit falls particularly heavily on the same populations that always tend to lose out in federal legislation,” he said.

Other lawmakers and advocacy groups, fearful that their health provisions will fall victim to efforts to cut at least a trillion dollars from the overall bill, are mounting racial equity arguments as well.

SEIU President Mary Kay Henry told advocates on a recent call that she’s been stressing to lawmakers that the money directed toward home care (already scaled down from $400 billion to $190 billion in the House version of the bill) would “add one million jobs for Black, brown, AAPI, Indigenous and immigrant women who make up the care workforce in this country.”

The program would also help families keep the elderly and people with disabilities at home rather than put them in nursing homes. That need grew more urgent after more than 150,000 people died in nursing homes across the country due to Covid-19, with wide disparities in infections and deaths between facilities with mainly white residents and those with mainly residents of color.

Those fighting to make Affordable Care Act subsidies permanent are leaning on similar arguments. Rep. Frederica Wilson (D-Fla.) told POLITICO the provision “will enable hundreds of thousands of Blacks in our nation to purchase an affordable plan or save money on the coverage they already have.”

Some Democrats are also wary of dramatic cuts to funding for affordable housing in the package. Rep. Maxine Waters (D-Calif.), chair of the House Financial Services Committee, is fighting to keep high levels of aid for housing in the package as Democrats negotiate the final funding. Clyburn also said it would be “the biggest mistake” Democrats could make if they walked away from aid for affordable housing.

“The appropriate approach is not to cut anything out but to look at the timeframes in which we were expecting some of those services or supports to last,” said Rep. Bonnie Watson Coleman (D-N.J.). Getting programs extended, she added, is easier than getting them “created for the very first time.”

No matter what pieces of the bill end up getting cut, Fishman and other advocates warn that people of color will likely bear the brunt of the impact, and the opportunity to mount another legislative push may not come again for many years.