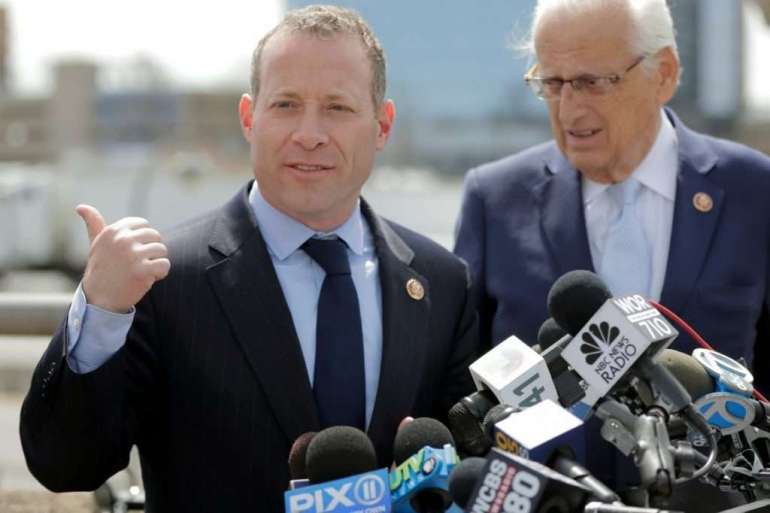 Senate Majority Leader Chuck Schumer was quickly pressed by House moderates on whether the SALT relief had been removed altogether. Within hours, Schumer was on the phone with White House officials, questioning whether Biden had cut out relief that’s a must for many members who represent the most affected states.

Some Democrats say Schumer’s personal intervention helped salvage the tax break, which has been a critical political priority for Northeastern Democrats since GOP leaders slashed the tax benefit four years ago. Had Biden indeed axed the proposal in a meeting with a handful of House members, it would have been a major blow not just to a broad swath of lawmakers but also to Schumer as he seeks reelection.

But a person familiar with the conversations between Schumer and Democrats said that SALT was never off the table and that Biden misspoke, creating a period of unnecessary dissension.

Now Schumer and Speaker Nancy Pelosi — who also fielded calls from panicked moderate members Tuesday night — are pushing hard to ensure it’s included in the final deal. But several senior House Democrats cautioned it’s not a sure thing, with such a high price tag and a possibly unpopular political message with Democrats’ base.

“I remain confident that SALT will be included in the final bill,” added Gottheimer (D-N.J.), who said he is “working around the clock” with the White House and party leadership to get it done.

The roughly 12 hours of behind-the-scenes wrangling is just one painful episode, with many more to come, as Biden and Hill Democrats work to significantly downsize their signature social spending plan while maintaining the near-unity they need to ensure its passage. With zero votes to lose in the Senate and just a handful in the House, Democratic leaders must avoid dozens of trip wires as they cut out or scale back key planks of their bill.

Schumer and Pelosi are pushing to secure an agreement on the majority of Democrats’ social spending bill by the end of the week. SALT reform was even raised on a zoom call Wednesday morning that included the two Democratic leaders, Treasury Secretary Janet Yellen, White House staff, and the chairs of Congress’ tax-writing committees, Sen. Ron Wyden and Rep. Richard Neal.

But the confusion over SALT’s status left Democrats fuming at each other, even as they scrambled to work out an agreement.

“We were moving toward a solution on that when all of a sudden Schumer took over the discussion,” said Rep. Bill Pascrell (D-N.J.). “He became a puppy. And you can’t be a puppy now, this is hard stuff.”

Several House Democrats from the Northeast, led by Gottheimer and Suozzi, insist they can’t support a bill that doesn’t bring state and local tax relief to their constituents. Schumer and Sens. Kirsten Gillibrand (D-N.Y.), Robert Menendez (D-N.J.) and Cory Booker (D-N.J.) have all also sought to repeal the SALT cap.

“There’s no red lines one way or the other,” said House Democratic Caucus Chair Hakeem Jeffries (D-N.Y.), one of 17 Democrats who threatened to oppose “any tax legislation” that didn’t fully restore the deduction in a letter earlier this year.

“We have to look at the totality of the package before any decisions are made … but I expect to support a final agreement,” he added.

“I want something done, obviously, on the SALT issue,” said House Ways and Means Chair Neal, who also supports additional relief. “I think it’s a complicated matter, often said that one of the challenges with the SALT deduction is that there’s some truth to what everybody says. And I’m looking for a remedy that will address the concerns of what everybody says.”

Democrats who are closely following developments know they will have to make some concessions to the New York and New Jersey Democrats to assemble their bill. One idea under discussion is to cut the marriage penalty on the SALT deduction, essentially allowing married couples to double their deduction. Another idea would be to raise the cap by a few thousand dollars, rather than eliminate it entirely, to give families in high-cost areas some relief.

Other Democrats, including Malinowski, are floating proposals to raise the deduction cap over 10 years. Since the existing $10,000 cap expires at the end of 2025, they point out that even a significantly higher cap would technically be a tax increase after that — meaning they can claim budget savings in the following years. They believe they’d found a way to make the policy entirely revenue neutral, though talks are still ongoing with party leadership and the White House.

Democrats’ biggest SALT challenge is the cost: Allowing taxpayers to fully deduct their state and local taxes for two years would cost the federal government $180 billion.

There’s also an optics issue. Many Democrats — from liberal Rep. Alexandria Ocasio-Cortez (D-N.Y.) to centrist Rep. Jared Golden (D-Maine) — remain vehemently opposed to including tax breaks for the wealthy in a package designed to help lower- and middle-class families. Ocasio-Cortez, who has not ruled out a primary challenge to Schumer, has called the deduction “a gift to billionaires” and opposes repealing the cap.

Nicholas Wu and Bernie Becker contributed to this report.