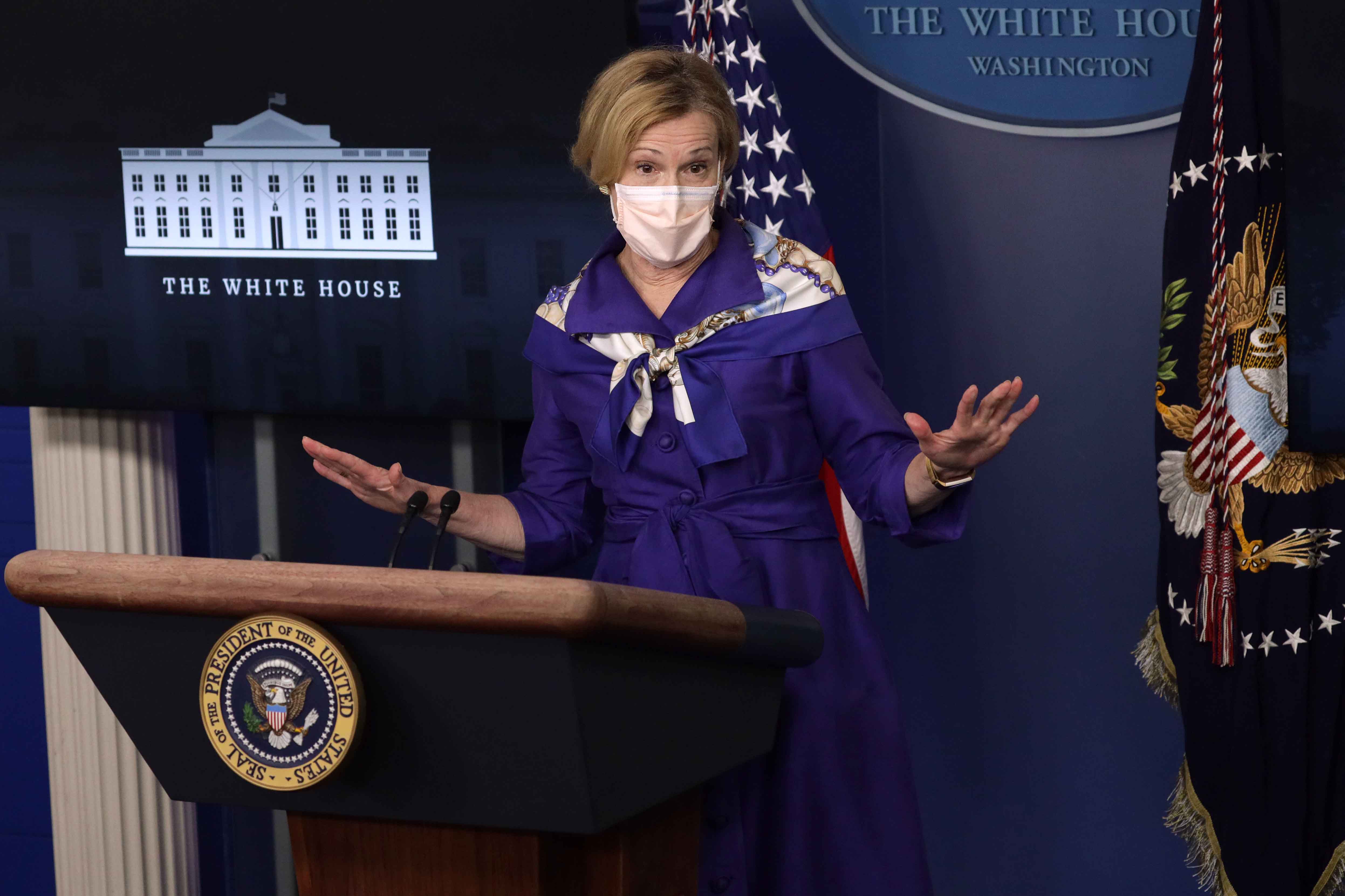 “I just felt that it gave people in the White House an alternative position and data source that would allow them to say, again, here’s Debbie Birx, a federal employee for 40 years, here’s Scott Atlas, an academic, a physician, a thinker versus a technocrat; and I just felt like that was going to make it even more difficult to get across how severe I felt the fall and winter was going to be. And it was my concern over the fall and winter that I didn’t want a 180 degree voice present at critical decision-making meetings.”

Rep. Jim Clyburn, who chairs the select panel, said in a statement that Birx’s account showed how Trump’s prioritization of politics and refusal to follow the advice of public health experts undermined the Covid-19 response. “It is a tragedy that, according to Dr. Birx, more than 130,000 American lives could have been saved if the previous Administration and Republican governors had listened to scientists and implemented mitigation measures proven to stop the spread of the virus, such as masks,” Clyburn said.

Atlas, a radiologist and fellow at Stanford University’s conservative Hoover Institution with no previous experience fighting infectious disease, joined the White House as a special government employee in August 2020 after TV appearances on Fox News where he decried fears about Covid-19 as overblown. He sparred with senior medical experts after appearing to advocate the concept of “herd immunity” — the controversial theory that the United States can quickly and safely achieve widespread immunity to the coronavirus by allowing it to spread unfettered among healthy people.

Inside the administration, Birx and other top health officials raised repeated concerns to senior White House staff about Atlas’ influence on the administration’s decision-making. But their complaints gained little traction, she said.

“I could see the consequences of what was occurring out across the United States and the severity of the virus among the most ill, and my concern about those who were potentially less ill,” Birx told the panel, adding that she shared her worries with both Trump and then-Vice President Mike Pence, who chaired the White House Covid-19 Task Force. “And inside the White House is a person that is basically wanting community spread to increase.“

Atlas resigned in November 2020, after his 130-day detail as a special government employee ran out.

The select panel has been probing the Trump administration’s coronavirus response since September 2020, shortly after a POLITICO story revealed how political appointees interfered with the government’s Morbidity and Mortality Weekly Reports, which are authored by career scientists and are typically free of political interference. Since then, the panel has also highlighted evidence that appeared to show other instances of political interference in the pandemic response.

Birx said she gave Atlas data showing the virus spreading across age groups but that Atlas “used every opportunity” to push back on efforts to control community spread. The mixed messaging that emerged from an administration split over how to approach the pandemic undermined the work of the White House Covid-19 task force and the message she was bringing to states about the need to control virus spread, she said.

Asked if Atlas specifically had a negative impact on the Covid-19 response, Birx replied: “It certainly made it harder to execute.”