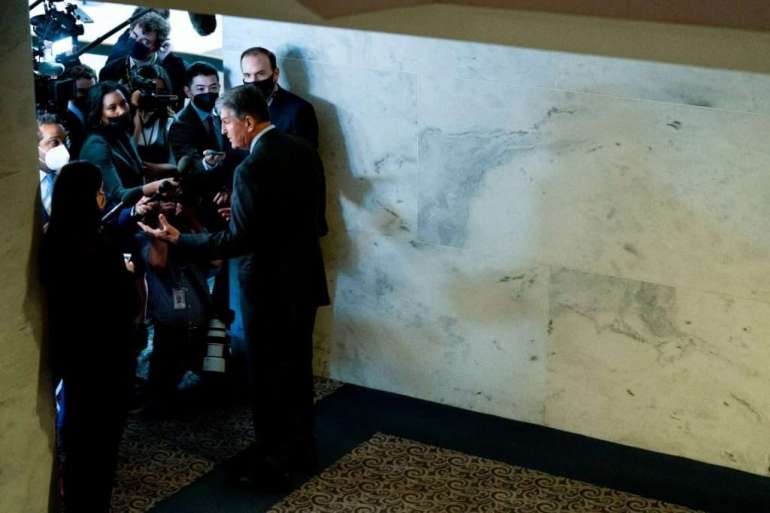 “Either they’re not working in their offices, they’re at home, and so we have to go to speak to them where they’re working, which is at their houses. And this is a far cry from violent right supremacists who go and threaten people. We’re going to speak to them so that these elected officials and servants of the state do their jobs.” — Nadine Block

On the ultimate impact of activists:

“I think good activists like those who have been showing up to Joe Manchin’s boat understand that you can use social media to kind of do lobbying in a much more low-budget way than actual lobbyists do, but still have an impact, at least in the sense of getting coverage, raising awareness, even if you’re not necessarily changing the member’s mind.” — Burgess Everett

On the difficulty of a 50-50 Senate passing everything President Biden had promised:

“There’s a lack of recognition, should I say, among members of the public about how small these majorities are in Congress and who you’re relying on as the deciding vote, and that Democrats just needed more seats to do what they started talking about earlier this year? And so there’s been a little bit of a problem managing expectations for the Democratic Party on voting rights, on climate change, on paid leave, on so many of these issues. With Joe Manchin, who’s a deciding vote, you really have to think about the world through his prism. Democrats didn’t even expect to be in this position. They weren’t even supposed to take the Senate. These two Georgia races surprised everyone and then expectations shot through the roof, and I feel like they’ve been slowly coming back to Earth ever since. And it’s almost November now, and it gives you a sense of how long it’s taken for people to kind of grapple with the reality of a 50-50 Senate.” — Burgess Everett