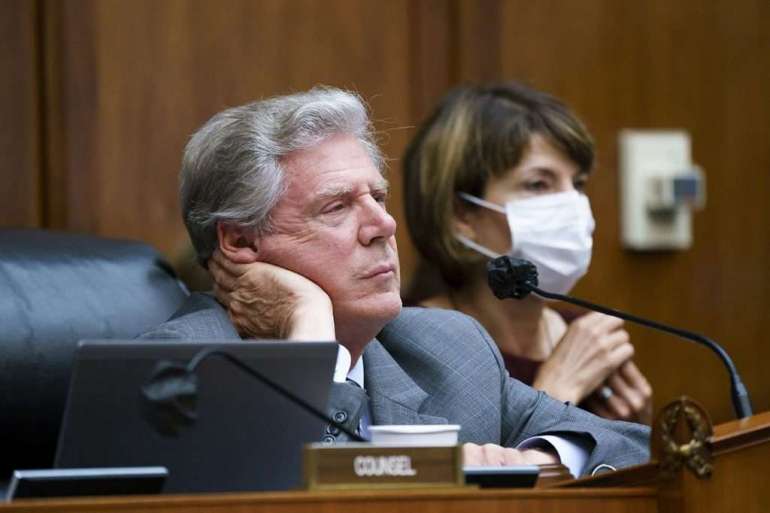 “Much progress was made on a compromise agreement on prescription drugs that would involve some amount of negotiation” between Medicare and the drug companies, said a source familiar with the talks. There’s “optimism that something can be added before House votes” on Biden’s package early this week.

Pallone and Sens. Chris Murphy (D-Conn.), Elizabeth Warren (D-Mass.), Bernie Sanders (I-Vt.), Amy Klobuchar (D-Minn.) and Mark Kelly (D-Ariz.) discussed the matter late Thursday. Those talks have continued through the weekend, according to several sources with direct knowledge of the conversation. Sinema spoke to Speaker Nancy Pelosi this weekend about the issue and the White House is also involved.

The latest draft effort includes a redesign of Medicare Part D, drug negotiation and rebates, said a source with direct knowledge of the effort. It’s not as expansive as the House’s landmark “H.R. 3” drug bill, but is based on the same parameters.

No deal was final as of Sunday morning, but there was some hope in the party of clinching one within the next 24-48 hours. In a CNN interview Sunday, Sanders said he spent all day Saturday working on the issue and “as soon as I leave the studio, I’m going to be going back home to get on the phone to make sure that we have it.”

Biden previously cut a more limited deal with Sinema and Rep. Scott Peters (D-Calif.) that House Democrats have resisted, hoping to make the policy more expansive and apply to more drugs. House Democrats insist that Pallone never walked away from negotiations, even after Sinema and Peters cut a deal with Biden that fell short of his goals.

Yet inserting nothing in what’s likely to be the only opportunity to become law is not enticing for most Democrats. Furthermore, cutting a deal would bring in new revenues for the legislation, perhaps helping to pay for more programs or to keep them running longer.

Pallone was bullish on Thursday: “I think we’re very close to a deal. We’re going to get a bill that has negotiated prices and that’s going to make a difference in terms of people being able to afford their drugs.” And Peters said that Pallone has “come a long way on the policy” but said their effort did not yet have 50 Senate votes.

But if Democrats are able to reinsert a drug plan, lawmakers and aides say it will hew closer to the far more narrow and industry-friendly version put forward by House and Senate centrists and endorsed by the White House than the aggressive plan that already passed the House twice. Though the drug industry’s goal is preventing any government price negotiation whatsoever, limiting the bargaining to a narrow subset of drugs and leaning more heavily on measures like out-of-pocket caps that don’t impact the companies’ bottom line would be a victory in itself.

Several progressives and frontliners said they would rather leave drug pricing out of the package altogether than pass what they see as a weak version that will sap motivation for future action. Rep. Susan Wild (D-Pa.) said: “My understanding is that if it goes back in, it’ll be the Peters version or even worse. I’m pretty upset about it. It’s just horrible.“

Along with relief from state and local taxes, prescription drug reform remains the most likely addition to Biden’s initial framework, which spends hundreds of billions on climate action, universal pre-K, child tax credits and home care. Sanders wants his Medicare expansion to cover more than just hearing, as is the current plan, while other Democrats are trying to add new tax policies, paid leave and immigration reform to the package.