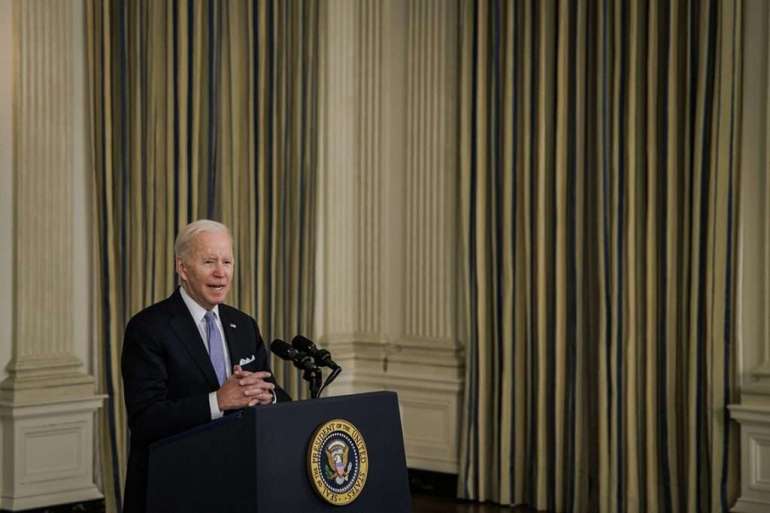 “The very people who voted for it initially because it looked like the Democrats were going to be given credit on something are being threatened with their chairmanships,“ he said. “It’s just not right. We’re going to change it, though.”

Biden called the bipartisan infrastructure bill, which was drafted by both Republican and Democratic senators, “the one thing we generated consensus on.”

The bill, which contains $550 billion in new spending, is a $1.2 trillion investment in programs such as broadband, roads, bridges and clean water. The Senate passed the bill in August with 19 Republican votes, including support from notable Republicans like Minority Leader Mitch McConnell and Sen. Lindsey Graham (R-S.C.). It finally passed the House last Friday with 13 Republicans voting yes and six Democrats voting against it.

However, complications arose in the House as progressive Democrats wanted to link the infrastructure deal with Biden’s larger social spending plan, which includes investments in climate action, education and child care, but which has no support from Republicans. House moderates wanted to pass infrastructure, but wanted a score from the Congressional Budget Office to show that the social spending bill was fully funded. The two groups reached a deal late Friday, and the infrastructure bill passed, with hopes that the broader spending bill would pass the week of Nov. 15, House Speaker Nancy Pelosi said.

Biden, who ran on the promise of bipartisanship and working across the aisle to get things done, said he wanted to get back to “more civility in politics.”

“I know I get in trouble when I talk about” bipartisanship, he said. “As people say, why the devil would I like any Republicans? Well, it’s important. If we don’t generate consensus in America, we’re in trouble.”