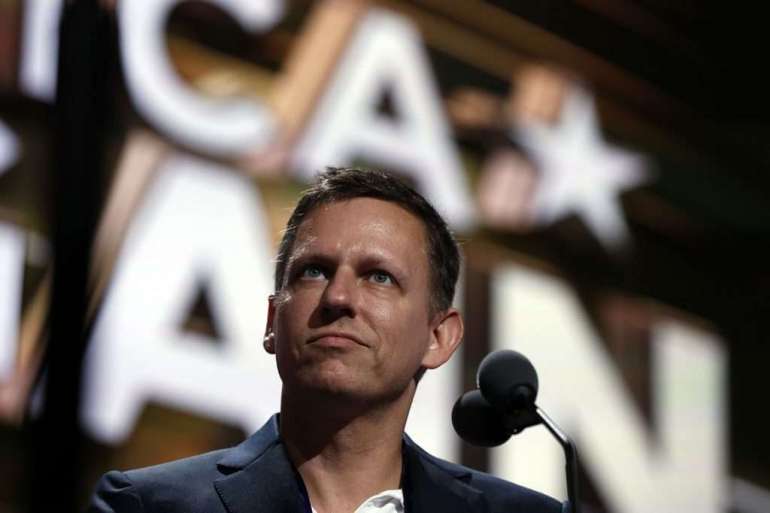 According to multiple sources, the anonymous buyer behind the LLC is Peter Thiel, the German-born billionaire co-founder of PayPal and friend of Trump. It is “common knowledge” among neighbors and real estate sources, one well-informed person told Playbook.

The mystery buyer’s identity became the talk of the neighborhood, which also includes Penny Pritzker (across the street), Steven Mnuchin and Louise Linton (down the hill), George and Kellyanne Conway, Eden Rafshoon and Adrienne Arsht, who sold the home to the Rosses in 2017 and moved around the corner.

The purchase of the splashy new Washington residence comes amid a burst of political activity for Thiel, who turned 54 in October. Previously he was best known in media and politics for secretly funding the Hulk Hogan lawsuit against Gawker.com that bankrupted the site and for his speech praising Trump at the 2016 GOP convention.

More recently, Thiel has become a major player in two top Senate races. He gave separate $10 million donations to a pair of super PACS to help elect J.D. Vance in Ohio and Blake Masters in Arizona. As POLITICO reported in May, they are the largest donations Thiel has ever given and the largest donations that anyone has given to an outside entity supporting a Senate candidate, and they instantly transformed the two novice politicians into major contenders.

Thiel’s political views are murky. Once known as a libertarian, his biographer Max Chafkin recently said “there are aspects of Thiel’s politics that aren’t libertarian at all; they’re closer to authoritarianism. It’s super-nationalistic, it’s a longing for a sort of more powerful chief executive, or, you know, a dictator, in other words.”

If Vance and Masters make it to Washington, they should have a nice place to strategize with their longtime mentor and benefactor. Thiel’s new home has seven bedrooms, a 12-seat theater, a library, a caterer’s kitchen and staff quarters, according to a listing for the property that describes it as a “prestigious” “privately gated limestone beaux arts estate” with “manicured grounds & pool & marble terraces w/ views of Rock Creek Park.”

Thiel and his spokesman did not respond to requests for comment.

Check out 75 photos of the new Thiel estate on Zillow.