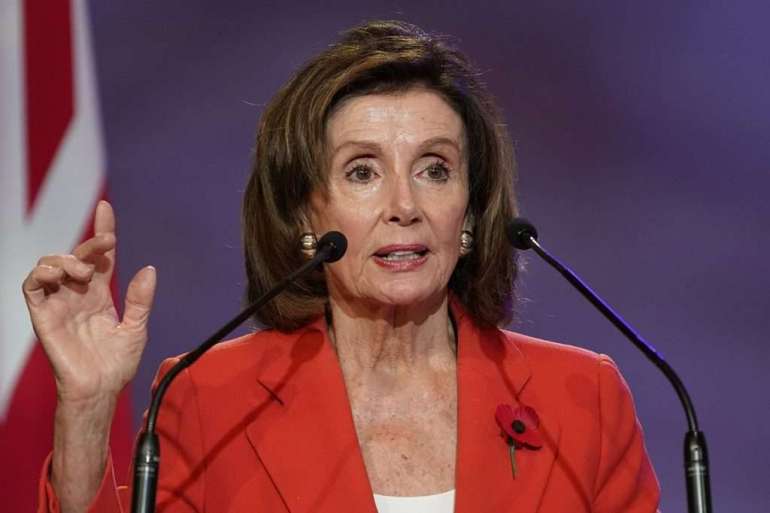 “I think people want to get it done before the week’s over,” said Rep. Henry Cuellar (D-Texas), a moderate who has grumbled about certain policies but is expected to back the bill on the floor. “There’s still some things I don’t like, but we’re going to look at it and then take it from there.”

Pelosi told members in a private meeting Monday night that the House wouldn’t leave for next week’s Thanksgiving recess without passing Biden’s bill and sending it to the Senate, according to people familiar with her remarks.

Just one thing now stands in the way of that vote: a fiscal analysis of the bill. And as House Democrats across the caucus grow more and more tired of the legislative slog, party leaders are increasingly confident they’ll win over enough of the centrists to back the bill after the Congressional Budget Office releases its latest findings. That nonpartisan report, which will detail how much of the bill is paid for, is expected by week’s end.

Some of the House’s most fiscally conscious moderates are now predicting that the budgetary hurdle will be less thorny than anticipated. Several have privately noted that the findings from CBO would need to be “wildly” off base for them to vote against the bill.

“My full expectation based on what the White House told us, what Treasury told us, is that it will meet our expectations,” said Rep. Josh Gottheimer (D-N.J.), one of the roughly half-dozen moderates who has sought that budgetary guidance.

The CBO plans to release its fiscal estimate of the bill no later than Friday, though several senior Democrats said it could come as early as Thursday afternoon. Top Democrats are also planning to “scrub” key policies in the legislation they believe would violate the Senate budget rules, which will likely lead to the removal of a controversial immigration provision that has made some battleground Democrats uneasy ahead of the vote.

That would put Democrats on track to pass the mammoth bill on the floor before leaving for the weeklong recess — a considerably faster turnaround than some in the caucus would have predicted a few weeks ago.

Asked whether Biden’s plan would pass the House this week, Pelosi told reporters: “That would be our hope.”

“So far, so good,” Pelosi said of the CBO’s scoring of the legislation, adding she believes the report will show it’s fully paid for.

But they’re also eager to avoid the kind of middle-of-the-night passage that capped the House’s marquee infrastructure vote two weeks ago, which many in the party saw as burying one of the president’s highest points in months.

Dozens of Democrats received a taste of that kind of legislative victory earlier Monday, when busloads of lawmakers headed to the White House for a long-awaited Rose Garden ceremony where Biden signed the infrastructure bill.

The social spending plan, the president’s other major priority, could now pass its first major legislative test by Friday, though it’s poised to face more weeks of deliberation in the Senate. Senior Democrats are hopeful they can pass the final version of the bill — which some in the party already predict could be the most consequential of Biden’s first term — by Christmas.

“Although [the ceremony] was about the bipartisan infrastructure [bill], you heard Build Back Better and a clear message from leaders that we’re going to vote on it,” said Rep. Joyce Beatty (D-Ohio), the chair of the Congressional Black Caucus, as she came back to the Capitol from the White House signing ceremony.

“We’ll make it happen,” Beatty said of a vote this week.

Senate Majority Leader Chuck Schumer followed the White House ceremony with a promise to “build on today’s success by passing the rest of your Build Back Better Agenda in the weeks ahead.”

But it’s unclear how fast the Senate will move to consider the social spending bill, especially given resistance from moderate Sen. Joe Manchin. The West Virginia Democrat has repeatedly expressed reservations about the legislation, saying it could exacerbate the surging inflation Americans are currently experiencing.

“We’ll be talking to everybody. We’re looking at everything,” Manchin said.

Further complicating matters, both chambers have a slew of other items on their December to-do list. Democratic leaders must confront a looming debt crisis — which could be exacerbated by Biden’s newly signed infrastructure bill — as well as a government funding deadline in the coming weeks.

This week, Pelosi and her leadership team face intense pressure to pass their party’s social spending plan after passing the infrastructure bill on its own earlier this month. Top Democrats had insisted all year that the two bills would move together, though progressives ultimately agreed to delay a vote on the broader domestic policy bill for two weeks. Their condition was that moderates needed to commit to voting on the broader legislation as soon as they received budgetary data to resolve concerns about the bill’s price tag.

Rep. Pramila Jayapal (D-Wash.), who leads the Congressional Progressive Caucus and helped broker the agreement, projected confidence Monday that the CBO score would not be an obstacle.

“I think we’ve gotten pretty clear guidance … that there was enough money to pay for this,” Jayapal said.