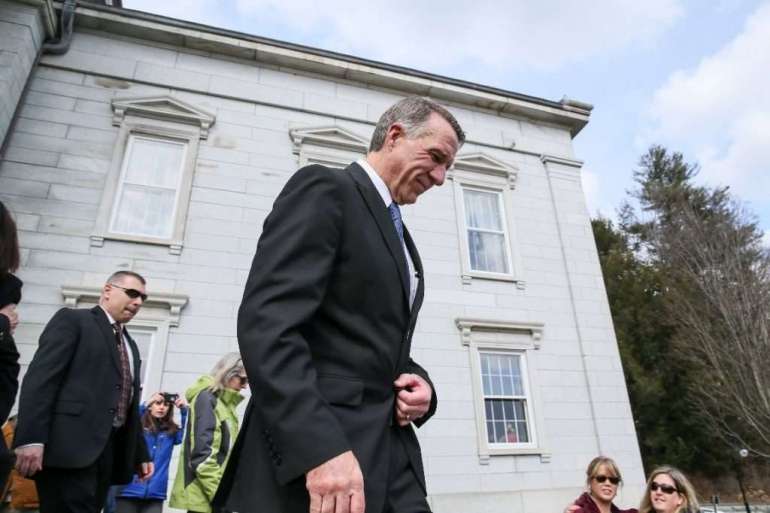 It’s the latest chapter in congressional leaders’ bipartisan struggle to lobby well-vetted, popular candidates to give it all up and come to Washington. But Sununu, by far the most surprising snub, said the more he heard from senators the less he wanted to run.

That’s no shock to those who have made the leap from executive to legislator. Coming to Washington these days just doesn’t hold much appeal.

“As somebody that convinced Joe Manchin to come, as somebody who was a chief executive in business, was governor, it is sometimes hard to make the case,” said Sen. Mark Warner (D-Va.), a former Virginia governor. He added that any former governor who says being a senator is better “might not be telling you the truth.”

As one of 100 senators it takes years for lawmakers to accrue the power and seniority needed to make their mark. What’s more, governors can more easily avoid opining on federal policy or national politicians such as former President Donald Trump or Biden, instead focusing on state issues and keeping their head down like Sununu. And while governors can live at home, senators have to schlep to D.C. every week.

“Everybody seems to like being governor more than they like the idea of being senator. And I think that’s probably validated by the former governors who are in the Senate,” said Sen. John Thune (R-S.D.), the GOP whip, who is undecided on running for another six-year term.

In 2020, it took months for Democrats to finally convince both Govs. John Hickenlooper of Colorado and Steve Bullock of Montana to mount Senate campaigns, after they initially rejected the idea. Only Hickenlooper won, as Bullock’s bipartisan appeal faltered in a federal race — an indication of why blue state governors like Scott and Hogan might not want to take the plunge.

This cycle, the closest Democrats have come to recruiting governors are two up-and-coming lieutenant governors, Mandela Barnes of Wisconsin and John Fetterman of Pennsylvania, who are both running for Senate. It’s a stark departure to just a few years ago, when Democrats nominated the likes of former Govs. Ted Strickland of Ohio and Phil Bredesen of Tennessee in contested Senate races, only to find their statewide popularity couldn’t cut through the partisanship of today’s federal races.

There are currently 13 senators who have served as governors, and they have at times made up an informal caucus of former state executives hoping to break Washington’s endless gridlock. But it’s not entirely clear the governor-to-senator jump will survive today’s modern political system, at least in battleground states. Virginia is a possible exception, since those governors are prohibited from running for consecutive terms.

The pitch for GOP candidates is even trickier, given Biden will be in office for at least two more years even if Republicans take back the Senate majority. GOP Senate primaries will, at one point or another, turn into a referendum on loyalty to Trump, who monitors races closely. Scott voted for Biden and Sununu said Trump “contributed to the insurrection” at the Capitol on Jan. 6.

In a brief interview on Monday, Senate Minority Leader Mitch McConnell shrugged off Sununu’s decision to bypass running against Sen. Maggie Hassan (D-N.H.): “We expect to have a very good year.”

Maryland’s Hogan has emerged as one of Trump’s most prominent Republican critics, while Trump has publicly attacked Arizona’s Ducey in recent months for not supporting baseless election fraud claims after Biden won his state. Thune said he wants Ducey to run “but it’s hard because Trump is constantly in his grill.”

And many Republicans tried to sway Sununu to run. Though former governor and National Republican Senatorial Chair Rick Scott (R-Fla.) led the charge, he downplayed the extent to which he tries to convince any candidate to run.

“I basically simply talk to them about what their interest is,” Scott said. “I’m not actually trying to convince somebody they should run because my view of the world is if they don’t have a passion for it they shouldn’t run.”

Scott was not alone. Sen. Mitt Romney (R-Utah), a former governor of Massachusetts, also pitched Sununu on a Senate run. Romney conceded in an interview that being governor is “a much better job” than being senator.

“When we spoke [Sununu] talked about trying to get into the private sector where he could make enough money to send his kids to college. But apparently he decided to become governor again,” Romney said. “It’s a terrific job being a governor. And I can see why people decided that’s what they’d like to do.”

After making his decision, Sununu described the Senate as a legislative body that accomplishes little on “Meet the Press” on Sunday: “I had senators telling me, ‘Well, when we get 60 votes, we’ll work on balancing the budget.’”

Perhaps contrary to Sununu’s take on the Senate, many former governors have proven to be productive members of the chamber. Four of the ten senators who negotiated the bipartisan infrastructure deal, including Romney and Warner, are former governors. And that same cohort played a significant role in crafting a coronavirus relief package last year.

Yet many members get nostalgic when they talk about their days in the governor’s mansion, and some have flirted with the idea of returning after their Senate days. Sen. Joe Manchin (D-W.Va.), who was governor of West Virginia, for example, called it “the best job in the world” and considered a run in 2020 against GOP Gov. Jim Justice. Former Sen. David Vitter (R-La.) lost a governor’s race in 2015, and bowed out of politics entirely rather than run for reelection.

Sen. Angus King (I-Maine), a past Maine governor, recalled telling McConnell once that he was working to form a former governor’s caucus.

“He said, ‘Well Angus, I’ll tell you, if you have a former governor who is now a senator and you ask them which job they like better, if they say senator you know they’ll lie to you about other things,’” King recalled. “Governor is the best job in America.”

Natalie Allison contributed to this report.