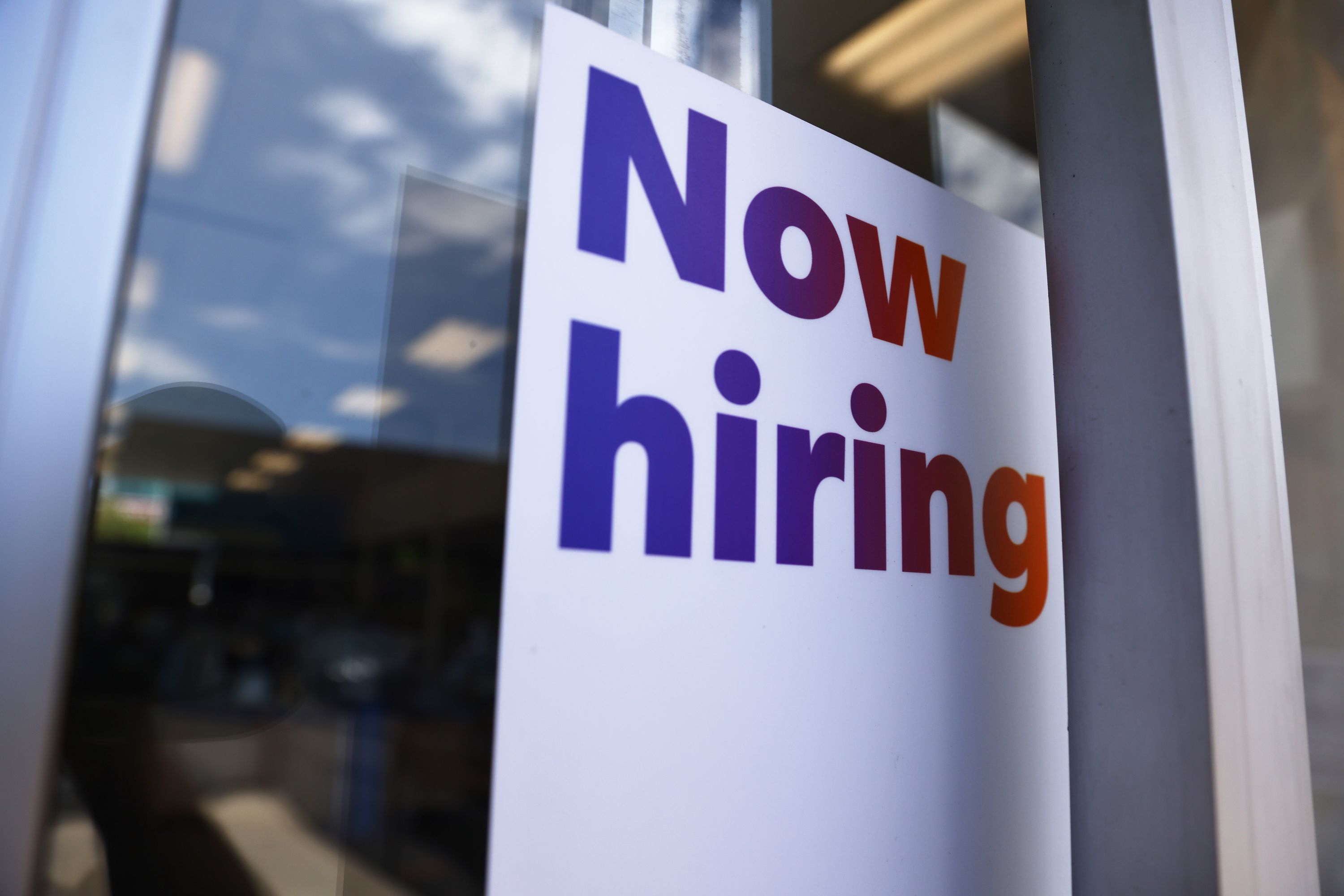 So, what would the U.S. economy look like if an ambitious fiscal response to the pandemic recession had not been implemented?

First of all, in that alternative, the U.S. would almost certainly still face higher inflation, with global supply chains impaired by the virus. Notably, we still see high inflation readings in countries that didn’t pursue aggressive fiscal policy: 5.5 percent in Spain and 4.6 percent in Germany, for instance. Without ambitious fiscal action from Congress, the pandemic recovery for American workers would have looked far more like past “recoveries:” a multiyear period of stagnating — or even declining — employment rates despite a return to positive GDP growth.

These miserable “jobless recoveries” are all too familiar for American workers. In the six quarters following each of the past three recessions — the Great Recession in 2009, the “dot com” recession in 2001, and the Gulf War recession in 1991 — the prime age employment rate was still on the decline and was severely depressed relative to pre-recession levels. Whether or not the ARP had passed, the White House would be dealing with the political fallout of higher inflation today, if perhaps at marginally lower rates. What’s different is the fact that we might see a full recovery in employment within the next year, instead of within the next decade.

The fiscal response to the pandemic — ARP included — has been the most successful anti-recessionary policy ever achieved in the U.S. The year 2020 saw the poverty rate fall by 2.6 percentage points after fiscal transfers, while the subsequent labor market recovery has been the fastest in almost 40 years. While inflation is an understandable concern, consumption and nominal household savings are both substantially higher than before the pandemic. Household balance sheets are the strongest they’ve been in a generation, providing a significant runway for a further consumption and employment boom.

If we imagine the pandemic recovery as the 2010s expansion on hyperspeed, and start the clock in April 2020, we are already in spring 2017 in terms of employment outcomes. Labor market punditry is moving just as fast, complete with commentators who incorrectly proclaimed then as they hint now that the economy has gone “beyond full employment.” We are not yet at full labor market health but we are set to make a full recovery within the next year. What took over a decade to accomplish after the Great Recession might prove achievable in just over two years.

While supply shocks and demand shocks have both played a role in today’s inflation, the effects of both have been dramatically amplified by the historically low rates of public and private investment over the past two decades. Critics who attribute today’s inflation to excess demand tell only part of the story: without sufficient investment, our economy is far less able to respond to any unexpected shocks.

The weak fiscal response to the 2001 recession (a single $300 check! So antiquated!) and the decadelong failure to really address the Great Recession locked in a low-growth and low-investment economic consensus, alongside anemic labor markets. Insufficient investment and drum-taut just-in-time supply chains have left the American economy lacking the kind of short-term spare capacity required for resilience to the supply-and-demand shocks created by the pandemic and its policy responses.

In fact, a good portion of the inflation we see today is the result of businesses having assumed, at the outset of the pandemic, that the recovery would be as slow and drawn out as the recovery from the Great Recession. Somewhat rationally, automakers expected an insufficient fiscal response and cut their orders for semiconductors and other intermediate goods in March 2020. However, when the fiscal response worked, and demand for automobiles returned, those same automakers were forced to pivot back and strain their supply chains. Rental car companies liquidated their fleets only to have to fully restock their inventory of used cars a year later when production of new cars had ground to a halt. A not-insignificant share of today’s inflation can trace its origins back to the failure to respond to earlier recessions as aggressively as we responded to the pandemic recession.

Thankfully, we are already beginning to see a business response that could prove disinflationary in the long run: manufacturers’ new orders for capital goods are up strikingly, suggesting that firms are willing to spend on capital equipment right now. Surveys of manufacturing and non-manufacturing businesses conducted by regional Federal Reserve Banks suggest a similar story.

Successful passage of the Build Back Better package could actually help government and businesses to make more investments that bring down inflation for well into the future, despite increasing government spending in the present.

However, those failures in the past do not excuse us from addressing inflation in the present. To paraphrase Donald Rumsfeld, you go into a pandemic with the economy you have, not the one you want. Inflation is neither good nor popular, and is a cost to households no matter how much of it ultimately proves transitory. This does not mean that we should immediately reverse course and begin tightening fiscal and monetary policy. Instead, we should explore all of the tools the government has for addressing today’s inflation, especially regulatory and legislative reforms.

Congress and the executive have many more avenues for addressing inflation than most commentary assumes. Structural reforms that address key inputs to inflation measures offer compelling possibilities. Reducing bloated health care costs and putting greater emphasis on quality when compensating providers and drug companies are key.

At the same time, supply-side support for housing through greater public investment can help reduce rent pressures over the longer run. Supporting large-scale investment in cheaper and cleaner energy and energy infrastructure through the Build Back Better bill, as well as other approaches like Sen. Chris Coons’ Industrial Finance Corp., can make production more resilient and ultimately reduce consumers’ vulnerability to the largest sources of price volatility. To address inflation in the price of goods, policy should build out infrastructure to widen inflationary bottlenecks, like those we currently see at the Port of Los Angeles, where over 75 ships are docked and waiting for an open berth.

Despite the fact that higher inflation has policymakers and commentators looking expectantly at the Federal Reserve, monetary policy is not a surgical tool that can control inflation without harming the rest of the economy. Instead, monetary policy only obliquely — and, from the perspective of the labor market recovery, dangerously — addresses inflation.

The Fed primarily controls inflation by making financial conditions sufficiently punitive to slow investment and hiring; the slower pace of employment gains then slows spending on household goods and services. This is often presented as a high-precision maneuver, but it’s more of a bank-shot: the collateral damage to employment and business fixed investment from this method of inflation control is not trivial.

At this point in the recovery, investment is beginning to respond after decades at a depressed level. Anti-inflationary policy that makes those new investments more expensive will mean that businesses will be more likely to forgo these investments, and the economy as a whole will lose the disinflationary benefits of higher investment. The success of anti-recessionary policy should give businesses a chance to build the kind of additional capacity necessary for an economy to be resilient to future shocks. Cutting back just as those investments are being made sets us up for a repeat in the next shock.

Meanwhile, we are still 4.2 million jobs short of the pre-pandemic employment level. While the pace of the recovery has been admirable so far, relying on the Fed to limit inflation through monetary policy means explicitly choosing to slow the pace at which workers can find jobs. If we are worried about inflation because of the risks it poses to the welfare of households, it is not clear that responding by throwing those same people out of work in order to lower inflation improves longer-run employment or inflation outcomes — or Biden’s political prospects for that matter.

Ultimately, the inflation we see today is a real cost to households, but one that was created by past failures to break out of the low-employment and low-investment dynamic that followed previous recessions. The real lesson is not that we must accept slower job growth and meager fiscal support for the sake of lower inflation, but that the failure to pursue sufficiently ambitious responses to recessions can perpetuate long-term underinvestment and create the fragilities exposed today.