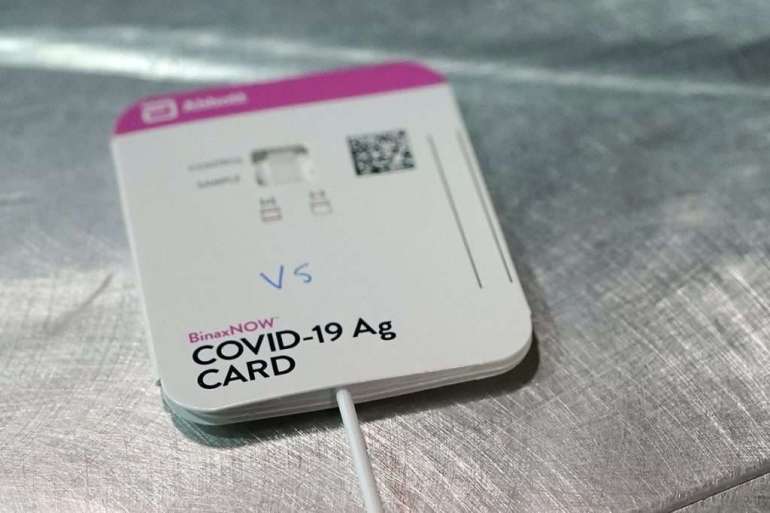 “This will help ensure those most in need of the tests are receiving them as quickly as possible,” said the official, who was granted anonymity to speak freely about the site.

The U.S. Postal Service said the issue stems from buildings not being registered as multi-unit complexes and affected only a “small percentage of orders.”

The issue raises concerns about access for the millions of Americans who live in apartment buildings and other multi-unit dwellings. Equity, and particularly health equity regarding Covid-19, has been a priority for the Biden administration. A planned phone hotline for people without internet access wasn’t yet available on Tuesday. The administration official emphasized that the site hasn’t been officially launched and the call line would be ready by week’s end.

The administration said last week that Americans would be able to order up to four tests per residential address through the website and see tests ship within 7 to 12 days of ordering via the U.S. Postal Service. Critics also have noted that four tests per address might not be enough for larger households with multiple generations or extended families living under one roof.

“The issue is if you’re lower income, and you have more than one family in the same household at that same address,” said Georges Benjamin, executive director of the American Public Health Association.

The administration’s website points users to more than 20,000 free testing sites nationwide, as well as insurance reimbursement for at-home tests.

“We’ve been pretty clear that there are a range of ways that you can access free testing,” the official said.

“Every website launch in our view comes with risk. We can’t guarantee there won’t be a bug or two,” Psaki said. “But the best tech teams across the administration and the Postal Service are working hard to make this a success.”

Government websites haven’t always worked as planned, from the failed HealthCare.gov, which crashed on the first day of open enrollment under the Obama administration, to a national Covid-19 testing website former President Donald Trump announced that didn’t come to fruition.

Experts had warned standing up the Covid-19 testing website would be a challenge, though not to the level of the failed Obamacare exchange website, which was a more complex task. But taking millions of orders and shipping hundreds of millions in the middle of a raging pandemic is no small logistical task, experts said.

So far, traffic to the testing website has been high, with more than a million people on at one point Tuesday afternoon. Anil Dash, CEO of software company Glitch, in a tweet noted the website’s capacity to hold a surge in users, calling it a “really technically impressive pre-launch.”

Leana Wen, an emergency physician and public health professor at George Washington University, argued that given potential hiccups with getting tests delivered to everyone’s addresses, there needs to be alternative ways to get testing. Tests at local pharmacies or libraries could be options, she said.

“But perfect cannot be the enemy of the good,” Wen said. “Home delivery of rapid tests is an excellent way of getting tests to people who want them, and it’s a lot simpler than the cumbersome process of insurance reimbursement.”

David Lim contributed to this report.