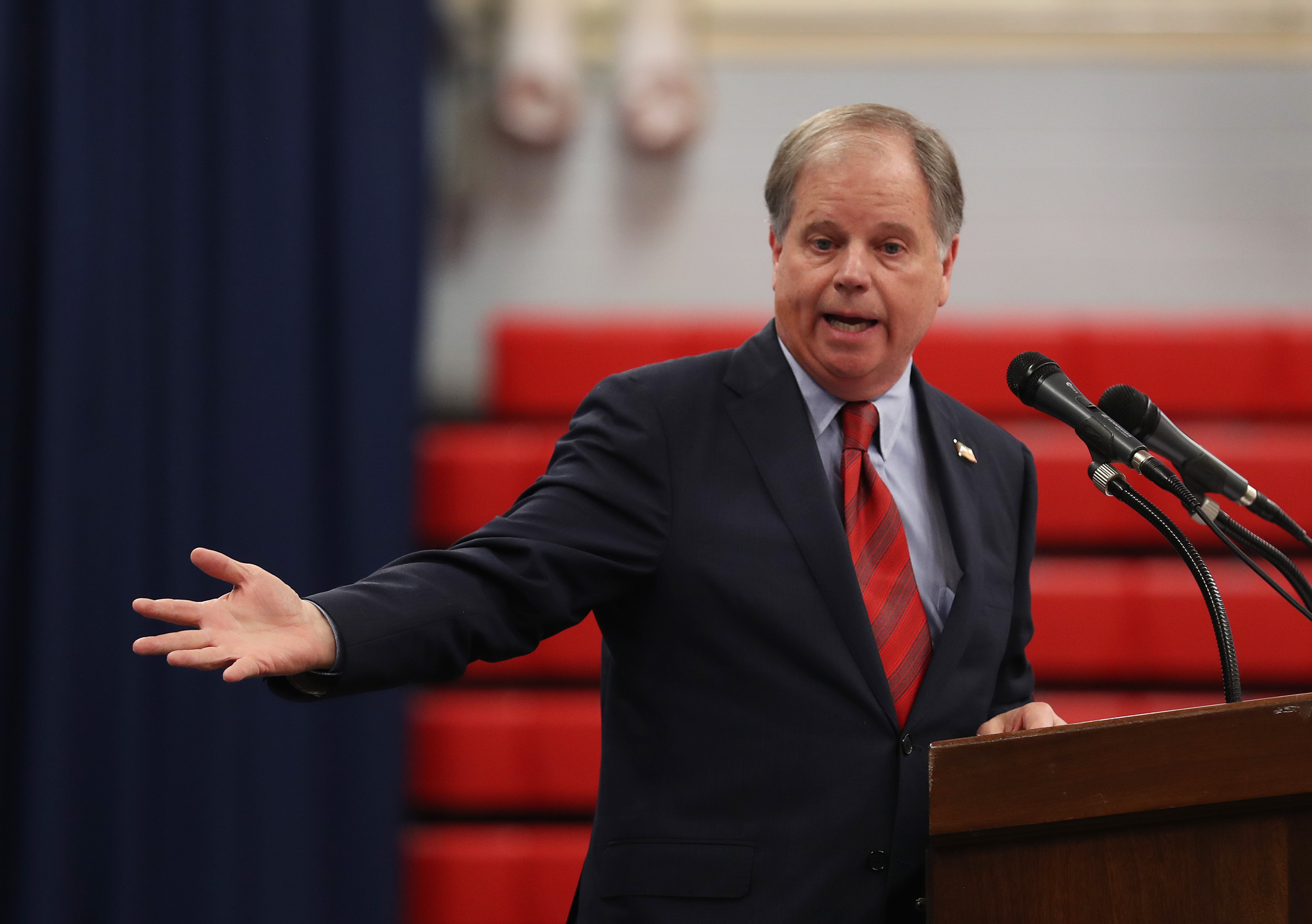 “We intend to have that team in place before the president makes that [Supreme Court] selection,” Psaki told reporters during the press briefing. “And it won’t just be one person.”

Having served only a three-year term in the Senate, Jones doesn’t have the years of experience navigating the upper chamber that some past sherpas have had. Former Sen. Jon Kyl of Arizona was Justice Brett Kavanaugh’s guide, bringing with him 18 years of experience on the Judiciary Committee and more than five years in top Republican leadership positions.

But Jones does have the advantage of being the first Democrat in decades to have held a seat in deeply conservative Alabama.

He is a longtime Biden ally of more than 40 years. The Alabama Democrat served as a state co-chair for Biden’s first presidential campaign in 1988 and was one of the first speakers at the 2020 Democratic National Convention. Biden returned the favor in 2017, as the first national Democrat to appear at a rally for Jones during his bid for Senate.

Jones won a special election after then-Sen. Jeff Sessions was appointed attorney general in the Trump administration. In 2020, the moderate Democrat lost a tough reelection battle to Republican Tommy Tuberville. After his defeat, Jones, a longtime federal prosecutor, joined a D.C. law firm and works as a political commentator for CNN.

In 1997, former President Bill Clinton nominated Jones to serve as the U.S. attorney for the Northern District of Alabama. Jones is known for taking on the Ku Klux Klan and delivering justice for four young African American girls killed in the 1963 bombing of the 16th Street Baptist Church in Birmingham — bringing closure to families nearly 40 years after the attack, in what is seen as a defining moment in the civil rights movement.

News of Jones’ selection on Tuesday trickled out as Biden and Vice President Kamala Harris met with Senate Judiciary Chair Dick Durbin (D-Ill.) and ranking Republican Chuck Grassley of Iowa to discuss the vacancy created by Justice Stephen Breyer, who announced last week that he would retire at the end of this Supreme Court term.

“I’m looking for a candidate with character, with qualities of a judge in terms of being courteous to the folks before them and treating people with respect, as well as a judicial philosophy that is more one that suggests that there are unenumerated rights to the Constitution,” Biden told reporters in the Oval Office ahead of the meeting to discuss the upcoming vacancy on the Supreme Court.

The president also spoke with Senate Minority Leader Mitch McConnell on Tuesday, another sign of his commitment to involving senators of both parties in the selection process. The minority leader’s spokesperson said McConnell “emphasized the importance of a nominee who believes in judicial independence and will resist all efforts by politicians to bully the Court or to change the structure of the judicial system.”

“The Constitution says, ‘advise and consent, advice and consent,’ and I’m serious when I say that I want the advice of the Senate as well as the consent to arrive on who the nominee should be,” Biden said before Tuesday’s meeting with Durbin and Grassley, noting that he’d worked extensively with both lawmakers during his time in the Senate, where he served as chair of the Judiciary Committee from 1987 to 1995.

Though a shortlist of candidates has emerged, both senators said after the meeting that the president didn’t discuss specific names he was considering but asked both lawmakers to submit recommendations. Breyer has said he will step down at the end of the term, sometime this summer, and the president again Tuesday confirmed his intent to name his pick by the end of February.

While Senate Majority Leader Chuck Schumer has promised a rapid process in the Senate, Biden’s intent to nominate the first Black woman to the court has already drawn ire from Republicans, potentially foretelling a bumpy confirmation.