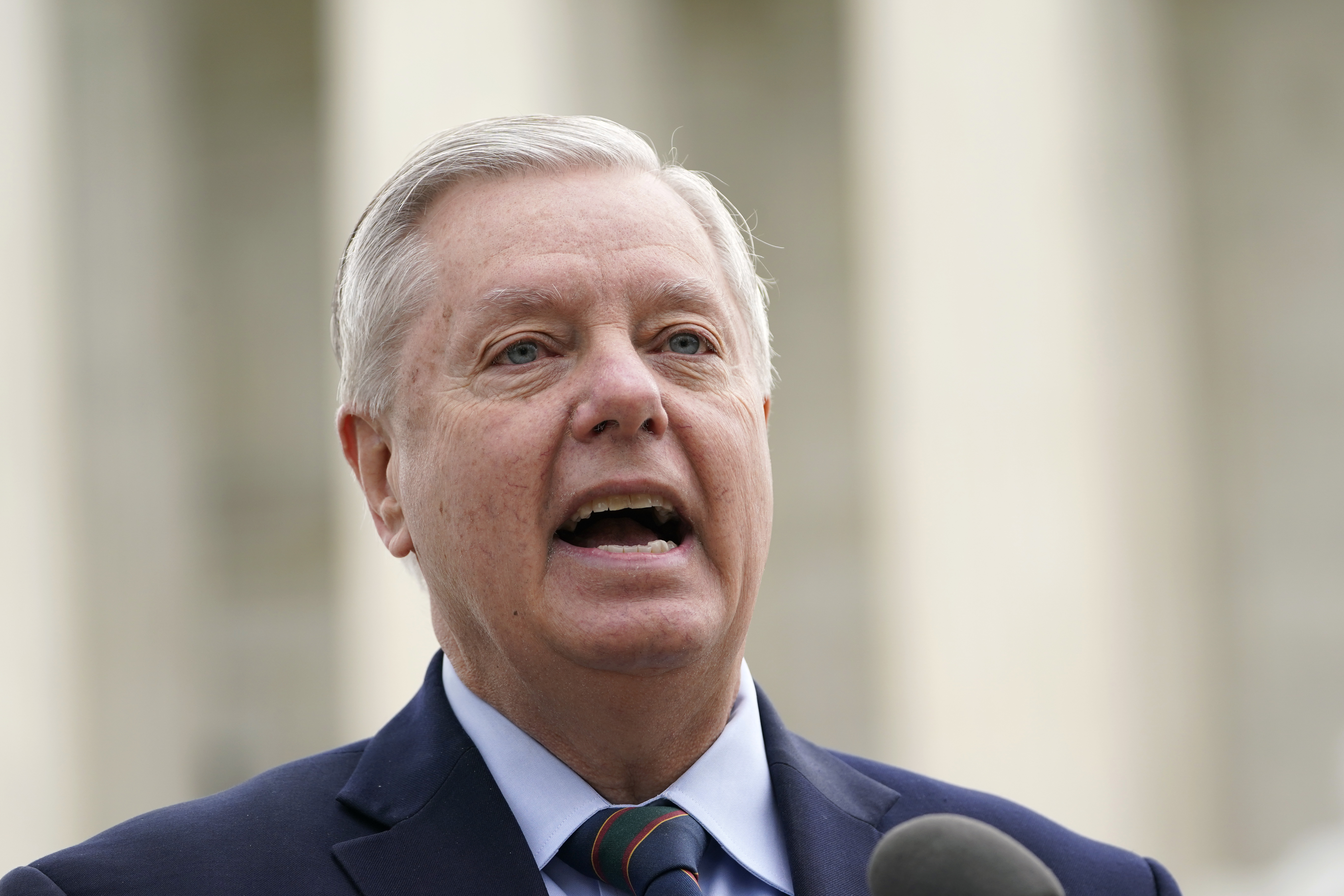 Those moves have raised the specter that Graham, who once lavished praise on Biden “as good a man as God ever created,” may be making a political shift back to the deal-cutter who worked on immigration reform and defused a brutal Bush-era battle over judges. At a minimum, Graham still seems to believe in deference to presidents on nominations, despite his fury at how Democrats handled the confirmation of Justice Brett Kavanaugh and his swing from vociferous Trump critic to ardent defender.

“Lindsey Graham prides himself on independence and unpredictability,” said Senate Judiciary Chair Dick Durbin (D-Ill.). “That, I think, is what you’re seeing.”

Graham said he “absolutely” still considers Biden a friend, but an actual thaw may be a ways off — if it ever comes at all. The two haven’t talked since Biden became president, Graham said. The White House did not respond to a request for comment.

“I’ve been critical of his performance because I think it’s been bad for the country, bad for the world. I’ve got a job to do. You’ve got to be able to compartmentalize up here,” Graham said of Biden. “My job up here is to push back on the radicalization of the country. And if you can find common ground do it.”

Graham’s potential vote for Childs or another nominee may turn out vital: Sen. Ben Ray Luj´an (D-N.M.) had a stroke last week, a reminder that Democrats’ 50-seat majority is tenuous and could always use some padding in the form of Republican votes. And it’s safe to say Democrats are intrigued by Graham’s sudden burst of positivity about filling a Supreme Court seat for Biden.

“Sen. Graham has a long history of supporting qualified [nominees], before the last few years where nominations have become divisive, partisan and bitter events,” said Sen. Chris Coons (D-Del.), a frequent collaborator with Graham. “I’m hopeful that Sen. Graham is simply hoping to continue what was a long tradition of supporting qualified nominees.”

Over his 19 years as a senator, Graham has remained consistent on judges, voting to confirm seven of the nine Supreme Court justices, including Democrat-nominated Justices Elena Kagan and Sonia Sotomayor. That shifted in 2016, when Graham supported the GOP’s blockade of former President Barack Obama’s Supreme Court nominee Merrick Garland.

Two years later, Graham warned in a fiery speech that Kavanaugh’s treatment by committee Democrats would “destroy” the ability to attract good nominees and said of Democrats: “Boy, y’all want power. God, I hope you never get it.” Then, as Judiciary chair, Graham pushed through Justice Amy Coney Barrett’s nomination days before the 2020 election.

After moderate Sens. Susan Collins (R-Maine) and Lisa Murkowski (R-Alaska), Graham is the third-most supportive GOP senator of Biden’s judicial nominees over the past year. Graham and Collins are the only senators left from the Gang of 14, which temporarily defused a fight over killing the judicial filibuster in 2005.

Moreover, Graham’s vote on the Judiciary Committee carries serious weight: If he joins Democrats, he allows nominees to get reported directly to the floor, avoiding cumbersome procedural votes triggered by a tie-in committee. He also gives them a bipartisan imprimatur.

“Sen. Graham is of the mind that if you win the presidency you’re entitled to your nominees, absent some exceptional circumstance,” said Sen. John Cornyn (R-Texas), a Judiciary Committee member. “So he’s been a pretty routine vote for any Democratic president’s judicial nominees.”

It’s not just judges: Graham also supported Biden’s infrastructure plan, drawing condemnations from some conservatives in South Carolina. He also famously helped negotiate the Gang of Eight bipartisan immigration bill in 2013, while fending off primary challenges back home. As he considers a Supreme Court nominee from a Democratic president he counts as a friend, he has even less to worry about back home: He just won reelection to a six-year term in 2020.

Though Biden is considering several Black women as a nominee, Graham is fairly single-minded on Childs. He called her “the kind of person I think I could support” and predicted that her profile could “do well with Republicans.” Childs was confirmed by voice vote in 2010 as a District Court judge, the type of ho-hum confirmation that basically never happens anymore.

Rep. Jim Clyburn (D-S.C.), No. 3 in House Democratic leadership and a longtime ally of Biden’s, also called on the president to select Childs. And though not as effusive as his fellow South Carolina senator, Republican Tim Scott had kind words for her: “She is a strong candidate. And she’s proven herself across South Carolina as a state judge and now as a federal judge. She continues to receive praise on her approach.”

Graham also voted for Ketanji Brown Jackson — another woman considered a frontrunner for the nomination — to be a judge on the U.S. Circuit Court of Appeals for D.C., along with Collins and Murkowksi, but seemed less enthused with her as Supreme Court material, at least for the moment.

“I’ll cross that bridge when we get there,” he said. “I’m pretty firm on what we should be doing.”

Graham’s more pragmatic side may have put him back on the outs with Trump. The former president referred to Graham as a RINO, or Republican in name only, during a Newsmax interview Tuesday night over Graham’s comments that those accused of attacking the Capitol on Jan. 6 should not be pardoned.

Asked Tuesday morning if Trump would be angered by Graham’s work on a potential Biden nominee, Graham replied: “I doubt it.”