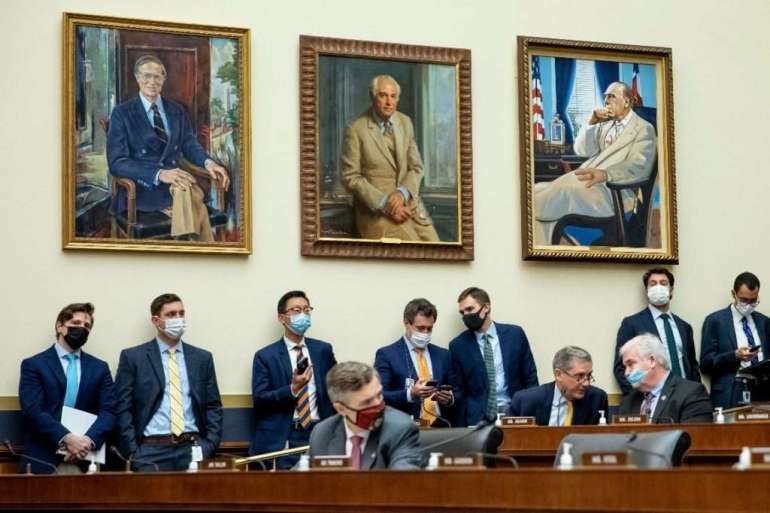 Additionally, the cumulative impacts of the pandemic, the increasing frequency of threats and the Jan. 6 insurrection have fueled already rampant problems retaining staff on Capitol Hill, as POLITICO previously reported. A Congressional Progressive Staff Association report of 516 respondents found 47 percent of staffers struggle to pay bills, 68 percent are unhappy with their compensation and 85 percent believe Congress is a toxic work environment.

Hopes for unionization got a major endorsement on Thursday when a spokesman for Speaker Nancy Pelosi tweeted that congressional staff have the “right to organize their workplace and join together in a union. If and when staffers choose to exercise that right, they would have Speaker Pelosi’s full support.”

Provisions in the 1995 Congressional Accountability Act, which would apply similar employment laws on the private sector to the Legislature, would enable unionization but have not been implemented. Personal office, committee and leadership staffers lack unions, while employees with the Capitol Police, the Library of Congress and Government Accountability Office have them.

The two chambers could implement those changes on their own — the House could pass a resolution enacting it in its own chamber, and the same for the Senate. The resolution would not be a change to the chambers’ rules, instead it would essentially activate the regulations put forth in 1996 by the Office of Congressional Workplace Rights governing staffer unionization that have lay dormant for more than a quarter century.

At the request of the new union, next week we will take legislative action to afford congressional staff the freedom to form a union — a fundamental right of all workers. https://t.co/y6CzJrTiHX

The resolution would likely originate in the Committee on House Administration, chaired by Rep. Zoe Lofgren (D-Calif.), a former Hill staffer herself.

Multiple House Democrats indicated they would back up staffer’s push to unionize.

“At the request of the new union, next week we will take legislative action to afford congressional staff the freedom to form a union — a fundamental right of all workers,” Rep. Andy Levin (D-Mich.) tweeted Friday.

Republican lawmakers, however, did not join in those calls. The party has generally not supported efforts to ease unionization pushes in the private sector, enacting a host of “right to work” laws around the country that make it easier for employees to opt out of unions. Just five Republicans voted for a sprawling bill last year to strengthen union protections.