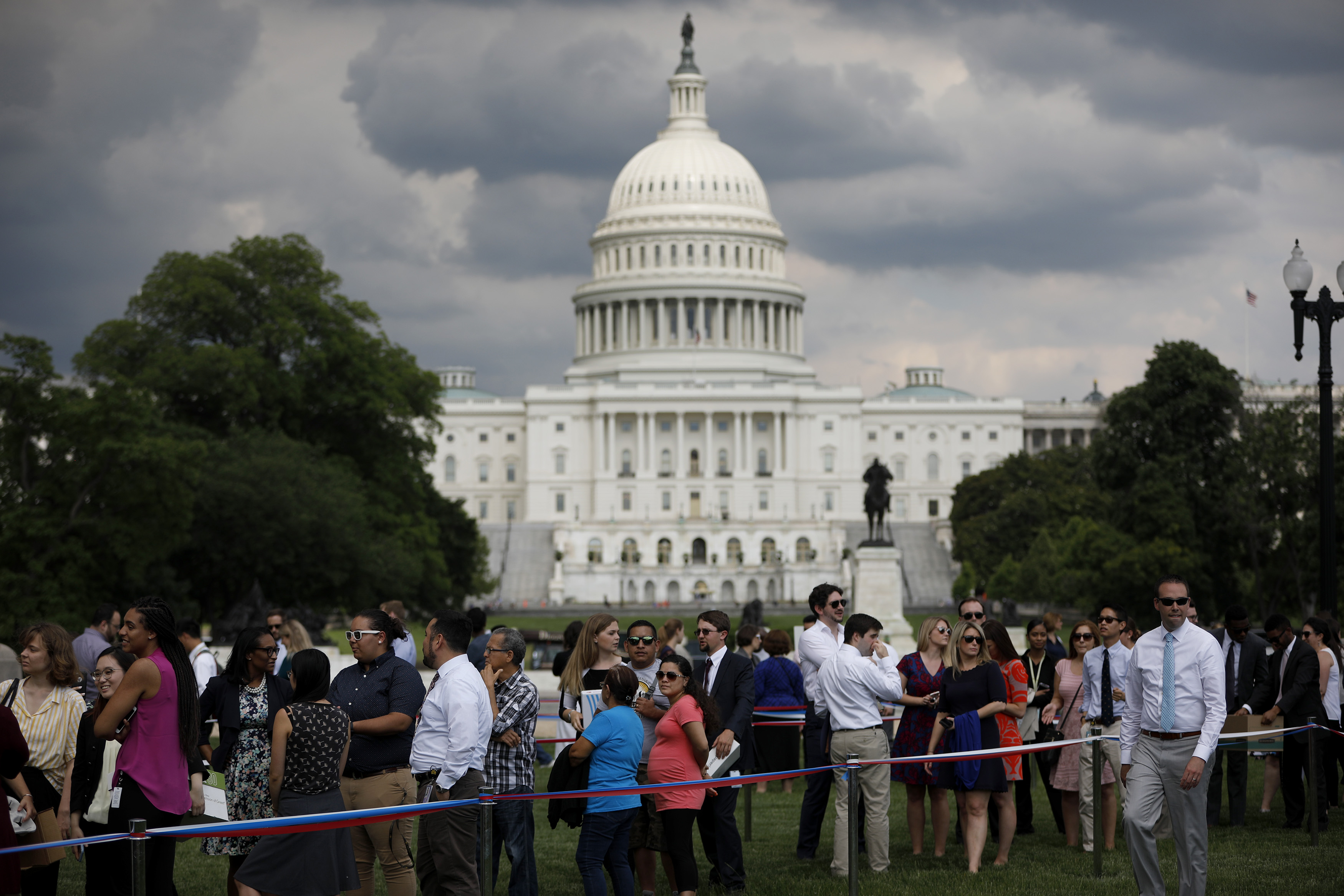 The account’s unfiltered, unvetted and seemingly endless content has become a must-read for aides in a town always hungry for rumor and gossip — for two very different reasons. Some devour the messages as a form of therapy that helps them feel understood while also providing relevant information on offices and bosses to avoid. Others monitor it defensively, worried their office or boss is being anonymously maligned and they’ll have a mess to clean up. Still others read it for both reasons, simultaneously.

Readers on and off the Hill have to suss out the truth for themselves. Personal experiences shared by the account routinely get painted as universal truths, while misinformation about labor laws and chamber operations fly freely.

An array of conditions has prompted aides to speak up, albeit while still hiding their identities, about the realities of a workplace that most people outside of Washington tend to see glamorized on-screen. Among other factors, the pandemic has pushed workers to reevaluate what they’re willing to endure for a paycheck, and the violent attack on the Capitol last year brought the stakes into clear focus.

More than a dozen current and former Hill aides, including eight people of color, spoke to POLITICO on the condition of anonymity about Dear White Staffers and the sensitive workplace concerns it has raised.

“When I started, it was just an open secret that things were bad, but you just put your head down,” the former House staffer said. “And I think there’s something happening right now with Dear White Staffers — that it’s just generations of staffers who have trauma-bonded, and it’s all coming to light through this Instagram account. And it’s so cathartic, and it’s so bleak. And that open secret is just being obliterated.”

When the account started in 2020, it published memes about life as a staffer of color working on Capitol Hill, which is still overwhelmingly white. Its flood of posts now characteristically reflect observed experiences of racial and gender discrimination, as well as endless other workplace horror stories.

Discrimination is illegal under the Congressional Accountability Act, but many staff who face day-to-day microaggressions — and worse — from colleagues and bosses don’t see the arduous official complaint process as an option, and they doubt the results would be worth the process. Junior staff across the Hill are much more diverse than the senior ranks, where power is concentrated and wages are higher.

“There’s no trust in the system,” a current staffer said about the Office of Congressional Workplace Rights grievance process.

The informal “Rooney rule” for Democrats on the Hill means the party’s offices have committed to interview at least one person of color for any open job, though some offices only do so for higher-level positions. But a former chief of staff of color told POLITICO: “I can say the norm is, you know, maybe you’re lucky to get one person of color [as a] candidate for some of these positions.” Senate and House Republicans have no such rule, though individual offices may follow it.

A third former Hill aide described submitting to the account out of a desire to deter others from doing “exactly what I did and stumble into an office that does not represent them, and does not share their values, and does not exemplify what they want their career to be like.”

Staffers on all levels cite decentralized management and operations as a main root of many problems they face. Every lawmaker office and committee is run independently — leaving more than 535 fiefdoms across the Capitol without unified hiring practices, leave policies, salary structures or human resources departments.

“I would want a break-up of this system where every office is their own independent little world,” the current staffer said. “That leads to a lot of abuse.”

Lawmakers are aware of employee complaints, and staffers say it’s particularly disheartening when their bosses support political policies that aren’t consistent with the way their offices are run.

“When I first went from intern to staffer, I made $25,000 a year. And I was working for a boss that was anti-subsidies, and I was having to live off food stamps and free health care because I could not afford anything else,” Audrey Henson, a former GOP staffer who founded College to Congress, said in a 2020 hearing before the House Select Committee on the Modernization of Congress.

Staff on that panel, sometimes called the “Fix Congress Committee,” are following along with the anonymous Instagram uprising as part of their effort to listen to frustrations of congressional stakeholders. They’ve already implemented a centralized HR hub, a House Office of Diversity and Inclusion and professional development training created by top staffers to build highly relevant lessons they wished they had known. Hundreds of Hill employees attended a session last year focused on the sudden withdrawal of U.S. troops from Afghanistan and how offices can prepare to handle uncomfortable casework.

Multiple current and former chiefs of staff, however, told POLITICO they have gotten little or no formal management training and had to pick up skills on the job. The Modernization panel is organizing opportunities for supervisory staff to receive management training on topics like cultural competency and building inclusive workplace culture — issues that have dominated posts from junior staffers of color on Dear White Staffers.

Another major topic has been the lack of unions for certain staff, which saw movement on Thursday. Speaker Nancy Pelosi’s office voiced her support for any unionization push by any Hill employees.

“Like all Americans, our tireless Congressional staff have the right to organize their workplace and join together in a union. If and when staffers choose to exercise that right, they would have Speaker Pelosi’s full support,” her deputy chief of staff, Drew Hammill, said in a statement.

“However bad people think the financial situation and treatment of Hill staffers is, it’s worse,” another current staffer, who now serves in a senior House post, said in an interview. He came to the Hill in 2017 and said junior aides cultivated collective survival strategies, such as grabbing an extra box of food at a reception to give to a friend.

“Over half of my friends lived in subsidized housing and qualified for public assistance at one point,” this aide said.

The House passed a legislative branch funding bill in July that included a 21 percent increase for lawmakers’ allowances, leadership offices and committees. But with fiscal 2022 appropriations languishing and another continuing resolution expected later this month, it is not yet clear when that potential sizable boost to staffer pay could be enacted.

And an MRA boost isn’t a panacea. Those accounts are used for all office expenses, from constituent mail to member travel, so there’s no guarantee that staffers will see more money.