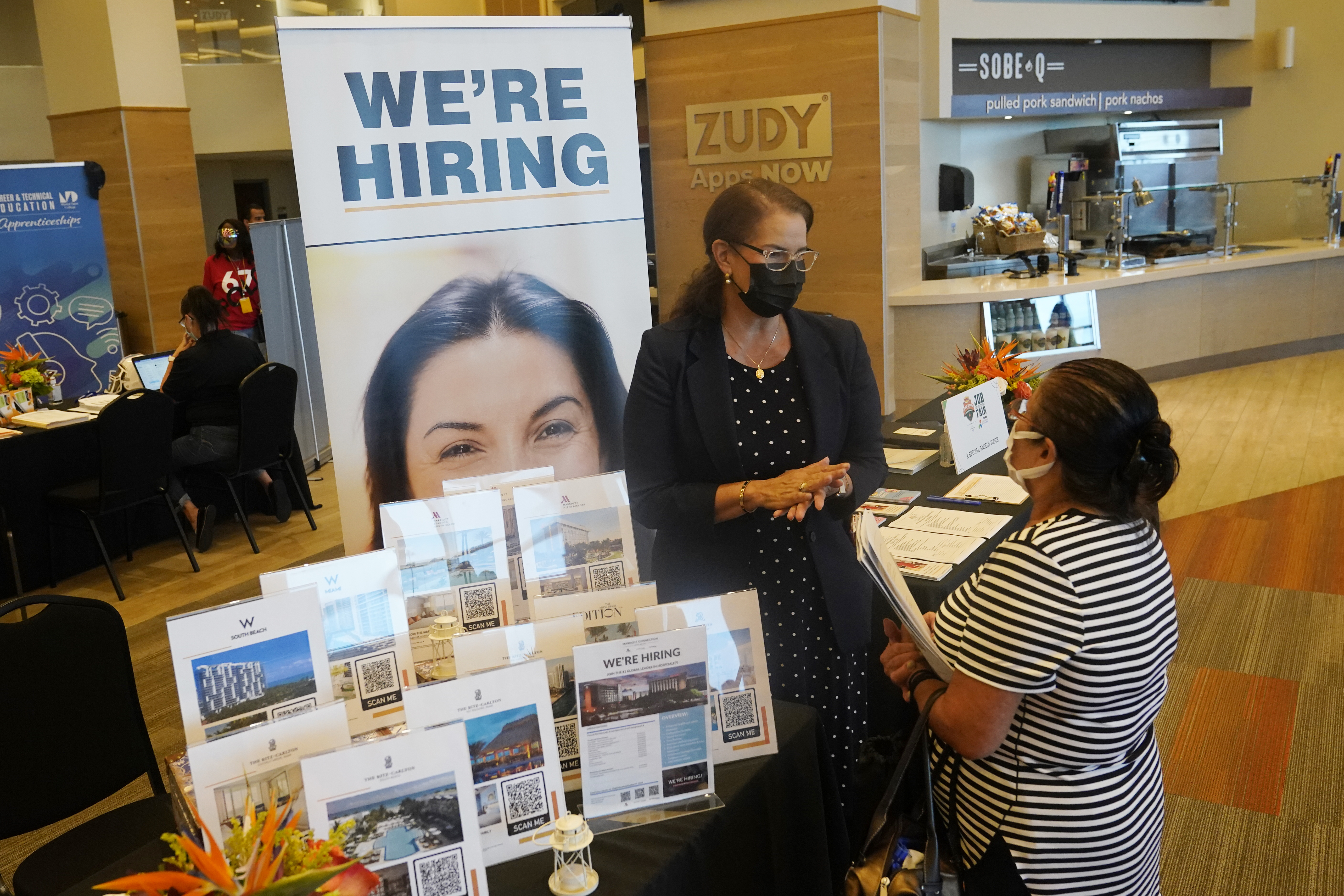 WASHINGTON (AP) — U.S. employers added a burst of 467,000 jobs in January despite a wave of Omicron inflections that sickened millions of workers, kept many consumers at home and left businesses from restaurants to manufacturers short-staffed.

The Labor Department’s Friday report also showed the unemployment rate ticked up to 4 percent from 3.9 percent. Job gains in December were also revised much higher.

The strong hiring gain, which was unexpected, demonstrates the eagerness of many employers to hire, even as the pandemic maintains its grip on the economy. Businesses appear to have seen the omicron wave as having at most a temporary impact on the economy and remain confident about longer-term growth.