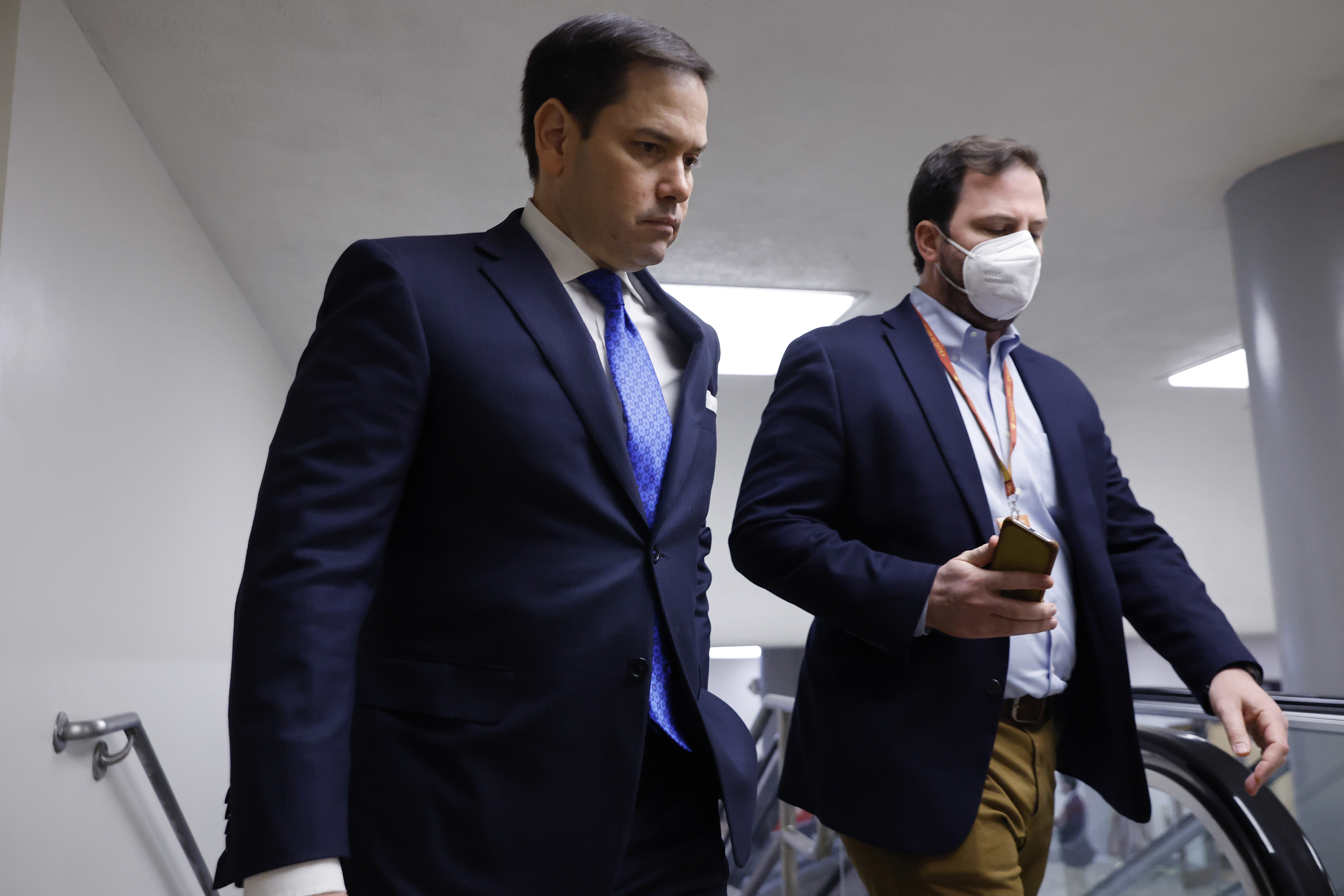 Then when asked by host Margaret Brennan if the RNC speaks for him when it said the House committee’s “persecution of ordinary citizens engaged in legitimate political discourse,” Rubio again walked the line, saying anyone who entered the Capitol and committed acts of violence should be prosecuted.

“But the Jan. 6 commission is not the place to do this. That’s what prosecutors are supposed to do,” he said. “This commission is a partisan scam. The purpose of that commission is to try to embarrass and smear and harass as many Republicans as they can get their hands on.”

Rubio wasn’t the only one to dance around questions about Pence and the RNC on Sunday.

Sen. John Barrasso (R-Wyo.) said he voted to certify the election and praised both Pence and Trump, adding that he hopes “they can work out their differences.” When asked about the RNC censure of Cheney on “Fox News Sunday,” he noted that she’s already been censured in their state and that he disagrees with her on a number of issues from the select committee to the impeachment of the former president.

“Liz is going to have to travel the state and make her case to the voters of Wyoming if she intends to get reelected,” Barrasso said.

Rep. Michael McCaul (R-Texas) — who has defended Cheney before — spoke along similar lines as Rubio, when asked if he stands by the RNC’s statement and actions. On ABC’s “This Week,” he said he condemns violence and believes criminal actors should be prosecuted but said the problem with the committee is that many Republicans see it as a means for “weaponizing” Jan. 6.

He brushed off the repeated questioning about the RNC’s statement by pitching party unity.