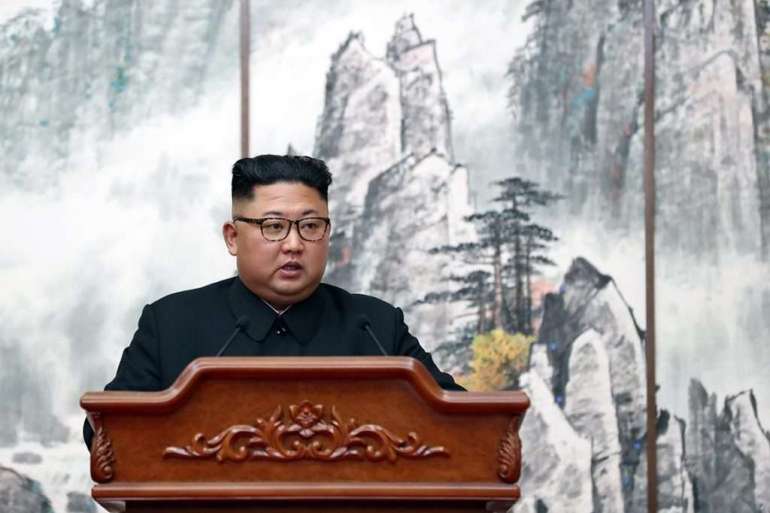 A year ago, the panel said North Korea had modernized its nuclear weapons and ballistic missiles by flaunting United Nations sanctions, using cyberattacks to help finance its programs and continuing to seek material and technology overseas for its arsenal including in Iran.

“Cyberattacks, particularly on cryptocurrency assets, remain an important revenue source” for Kim Jong Un’s government, the experts monitoring the implementation of sanctions against the North said in the new report.

In recent months, North Korea has launched a variety of weapons systems and threatened to lift the four-year moratorium on more serious weapons tests such as nuclear explosions and ICBM launches. January saw a record nine missile launches, and other weapons it recently tested include a developmental hypersonic missile and a submarine-launched missile.

The Security Council initially imposed sanctions on North Korea after its first nuclear test explosion in 2006 and made them tougher in response to further nuclear tests and the country’s increasingly sophisticated nuclear and ballistic missile programs.

The panel of experts said North Korea’s blockade aimed at preventing COVID-19 resulted in “historically low levels” of people and goods entering and leaving the country. Legal and illegal trade including in luxury goods “has largely ceased” though cross-border rail traffic resumed in early January, it said.

The panel has previously made clear that North Korea remains able to evade sanctions and to illicitly import refined petroleum, access international banking channels and carry out “malicious cyber activities.”

U.N. sanctions ban North Korean coal exports and the experts said in the new report that although coal exports by sea increased in the second half of 2021, “they were still at relatively low levels.”

“The quantity of illicit imports of refined petroleum increased sharply in the same period, but at a much lower level than in previous years,” the panel said, adding that direct deliveries by non-North Korea tankers has ceased and only tankers from the North delivered oil, “a marked change of methodology” probably in response to Covid-19 measures.

While the humanitarian situation in the country continues to worsen, the panel said the almost complete lack of information from the country makes it difficult to determine the “unintended humanitarian consequences of U.N. sanctions affecting the civilian population.”