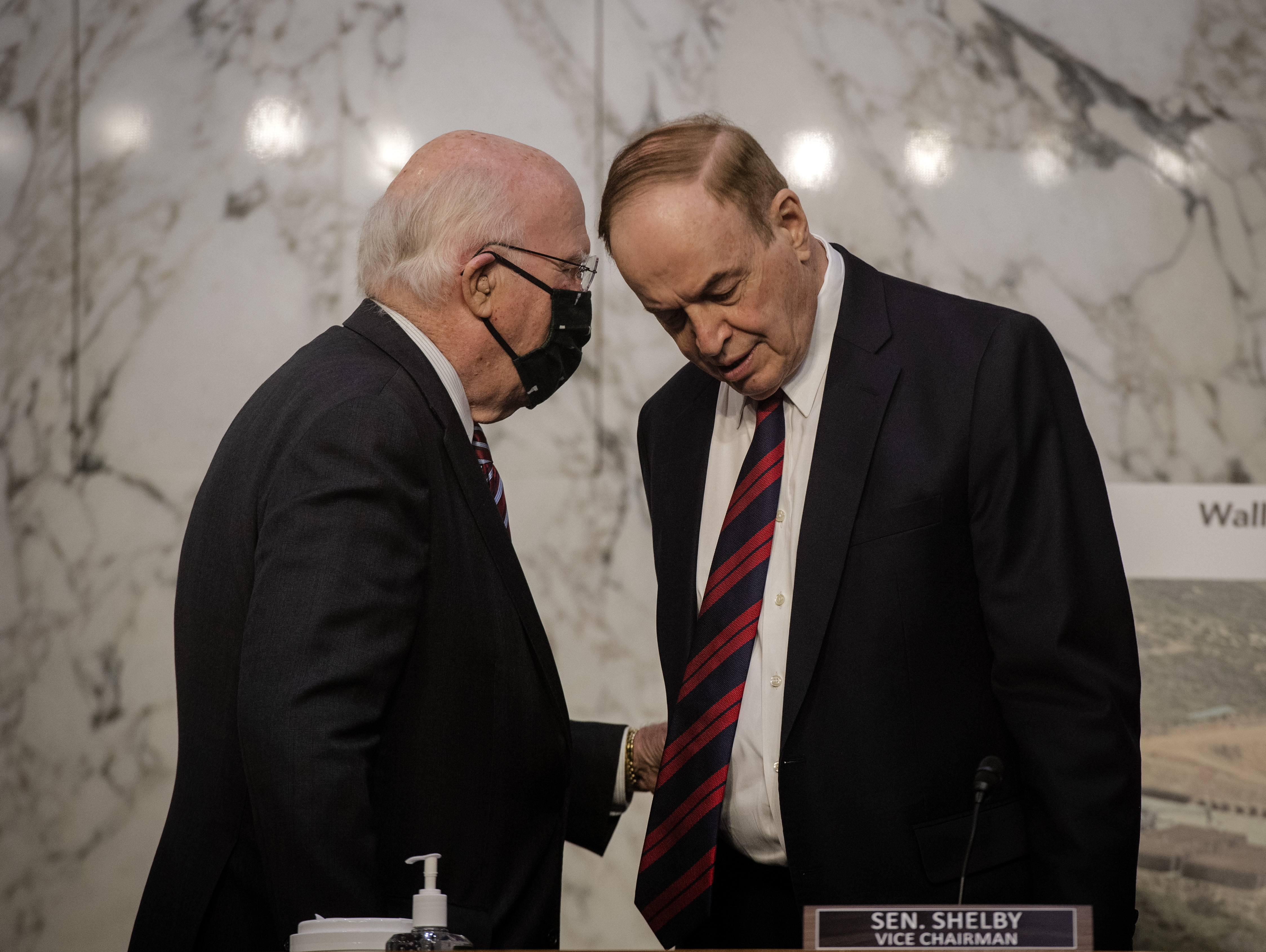 Leahy and Shelby have just a few weeks to determine whether their negotiations succeed or fail, meaning they would have to keep the government on inefficient autopilot or, in the worst case scenario, risk a shutdown. The two top appropriators are still battling over the GOP’s longtime demand that military and non-defense funding get hiked by the same amount, signaling that even one of the Hill’s tightest bipartisan bonds can be undermined by political fights.

Already, another short-term stopgap is in the works to avoid a Feb. 18 shutdown, carving out a bit more time for the crafty senators to cut a deal.

There’s perhaps no better pair for the job than Leahy and Shelby, according to interviews with a dozen lawmakers. But plenty of crosscurrents stand in their way: Some Republicans would be happy to kick the can until they retake the majority, while Democrats want to put their stamp on full government control and rid the spending bills of longtime GOP spending riders.

“They want to go out on a high note. But there are just a lot of things that they can’t control,” said Senate Minority Whip John Thune (R-S.D.). “If they were left to themselves, they’d be able to work this out.”

That’s a common sentiment in the upper chamber right now. Senators on both sides of the aisle often say Shelby and Leahy could cut a big government spending deal all on their own, if it weren’t for interference from leadership or the wings of their parties.

The go-it-alone approach risks minimizing the senators’ appropriator counterparts across the Capitol — first-time Chair Rosa DeLauro (D-Conn.) and ranking member Kay Granger (R-Texas). But in the throes of tense cross-Capitol negotiations, some Senate Democrats say that it may be the senior senators that matter most in the end.

Next year, a massive shift awaits the exits of Leahy and Shelby, who have served a combined 82 years in the Senate — the vast majority of them together. They will likely be replaced atop the plum spending panel by Sens. Patty Murray (D-Wash.) and Susan Collins (R-Maine), joining Granger and DeLauro. The spending leaders of the entire Congress will all be women for the first time ever. And when that time comes, the future heads of those funding panels are looking to emulate the Shelby and Leahy’s bonhomie.

Even after months of often-strained funding talks, the House’s two spending leaders are singing the praises of their Senate peers. “These are the folks who are the titans of the Senate,” DeLauro said.

“They come with a sense of values about what this institution is capable of doing and they work to do that,” DeLauro added. “They are cut from the cloth of people who served here in the past, where Democrats and Republicans can come together.”

Leahy is a longtime liberal and the only Democrat ever elected to the Senate from Vermont, while Shelby’s conservative views were so out of step with his former party that he defected from the Democrats in 1994. They and their wives enjoy close friendships, and the two have cemented their bond by traveling the world side-by-side and spending hours on end together.

Asked about their relationship, Leahy proudly noted that he’d taken Shelby along for a wild Cuban ride 10 years ago: “I arranged for him to be the second government official to meet with Raúl Castro, after I was the first. I insisted Shelby come too.”

Shelby and Leahy both ground through decades on the Appropriations Committee to take the positions once held by the late, and vaunted, Sens. Robert Byrd (D-W.Va.) and Thad Cochran (R-Miss.). Each built sway in Congress, with Leahy now serving as Senate pro tempore and overseeing huge amounts of prime office space in the Capitol. And neither act chained to a particular ideology when it comes to cutting deals involving hundreds of billions of dollars.

“They both like to spend money,” said Sen. John Cornyn (R-Texas). Shelby is “a master negotiator… I’ve watched him buy rugs over in the Middle East. He’s really good.”

The two appropriations leaders are both quirky characters in American politics. Shelby has a syrupy Southern drawl, is obsessed with expanding Mobile’s port and is openly boosting his former top aide Katie Britt to succeed him in his seat, picking a fight with former President Donald Trump. Leahy speaks with a thick New England accent, cameos in Batman movies and roams the Capitol with his camera, taking pictures of reporters and holding court on his balcony overlooking the National Mall.

“Opposites attract. And if I’ve ever seen two opposites, they’re it,” said Sen. Jim Inhofe (R-Okla.). “And neither one of them has a reputation to be easy to get along with, and yet, with each other they do.”

The Senate’s spending leaders have had their spats, including in the last year. Shelby blocked action last fall on funding bills, demanding that the two parties first strike a grand deal on overall spending levels.

When Shelby proclaimed that the top appropriators were “at a standstill” in November, an exasperated Leahy retorted, “Then make an offer!”

Recalling the meeting, Granger said this month that the funding leaders have moved beyond that tiff and were able to put it “aside,” adding, “these longtime relationships are always helpful.” Still, Shelby has a somewhat dour assessment of the path forward, saying “right now” he thinks they’re headed for a stopgap patch.

“I’m hoping it would change,” he said, adding that he wants to get to yes, “but not at any cost.”

They won’t start at the level of Leahy and Shelby, but both Collins and Murray have served together on the committee for years and carry bipartisan bona fides. Murray locked in the 2013 budget deal with then-House Budget Chair Paul Ryan to head off fiscal turmoil, while Collins led Congress’ lauded work in responding to the Sept. 11, 2001 terrorist attacks.

And next year, their likely committee successors are looking to replicate Leahy and Shelby’s warm relationship — and maybe add a little bit of punctuality to it. Congress now routinely blows the Sept. 30 deadline for spending bills, with many not even making it to the Senate floor.

“I want to ensure that Sen. Murray and I have a good strong relationship the way Pat Leahy and Richard Shelby have had,” Collins said. “My goal is to try to get back to moving the appropriations bill on time.”

But both are careful not to let any future committee leadership get in the way of the urgent work going on right this moment between Leahy and Shelby. Asked about potentially leading the committee with Collins, Murray would only say: “I’m focused on what I’m doing right now… we’ll see what happens next year.”