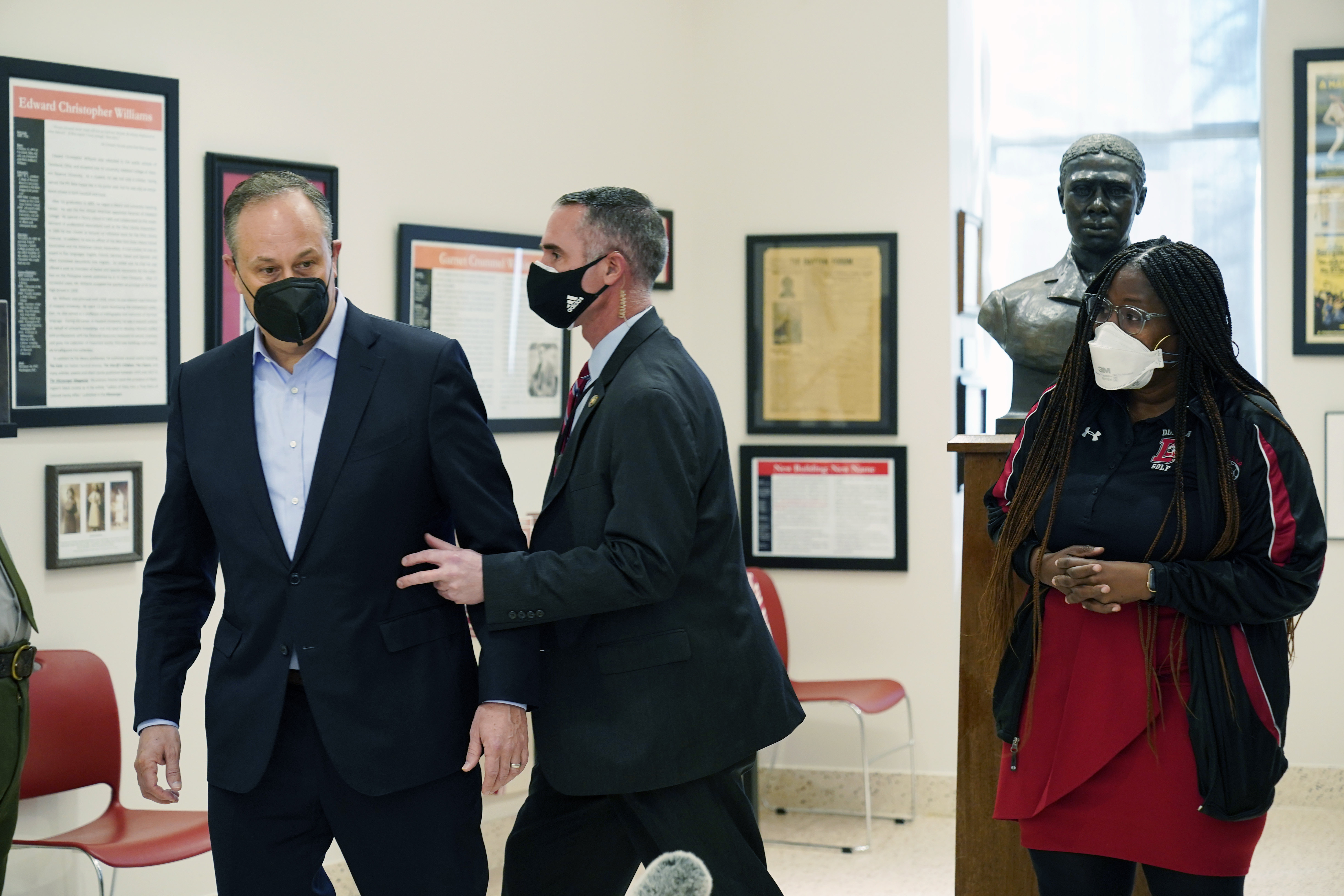 Doug Emhoff is whisked out of an event at a high school by a Secret Service agent following an apparent security concern on Feb. 8 in Washington, D.C. | Manuel Balce Ceneta/AP Photo

Emhoff, Vice President Kamala Harris’ husband, was led away from the event shortly after 2:15 p.m., pool reporter Austin Landis said. About 15 minutes later, school officials made an announcement over the intercom asking all staff and students to evacuate as well. A district spokesperson later told Landis the school had received a bomb threat.

The Secret Service told POLITICO there was “no information to indicate the threat was directed” at Emhoff and a district employee said the district has gotten bomb threats called in every two to three months.

Emhoff had arrived at Dunbar High School just minutes before the threat was announced. The secondary school’s website describes it as the nation’s first to serve African American students. Graduates include the first Black member of a presidential cabinet and the first Black graduate of the U.S. Naval Academy.