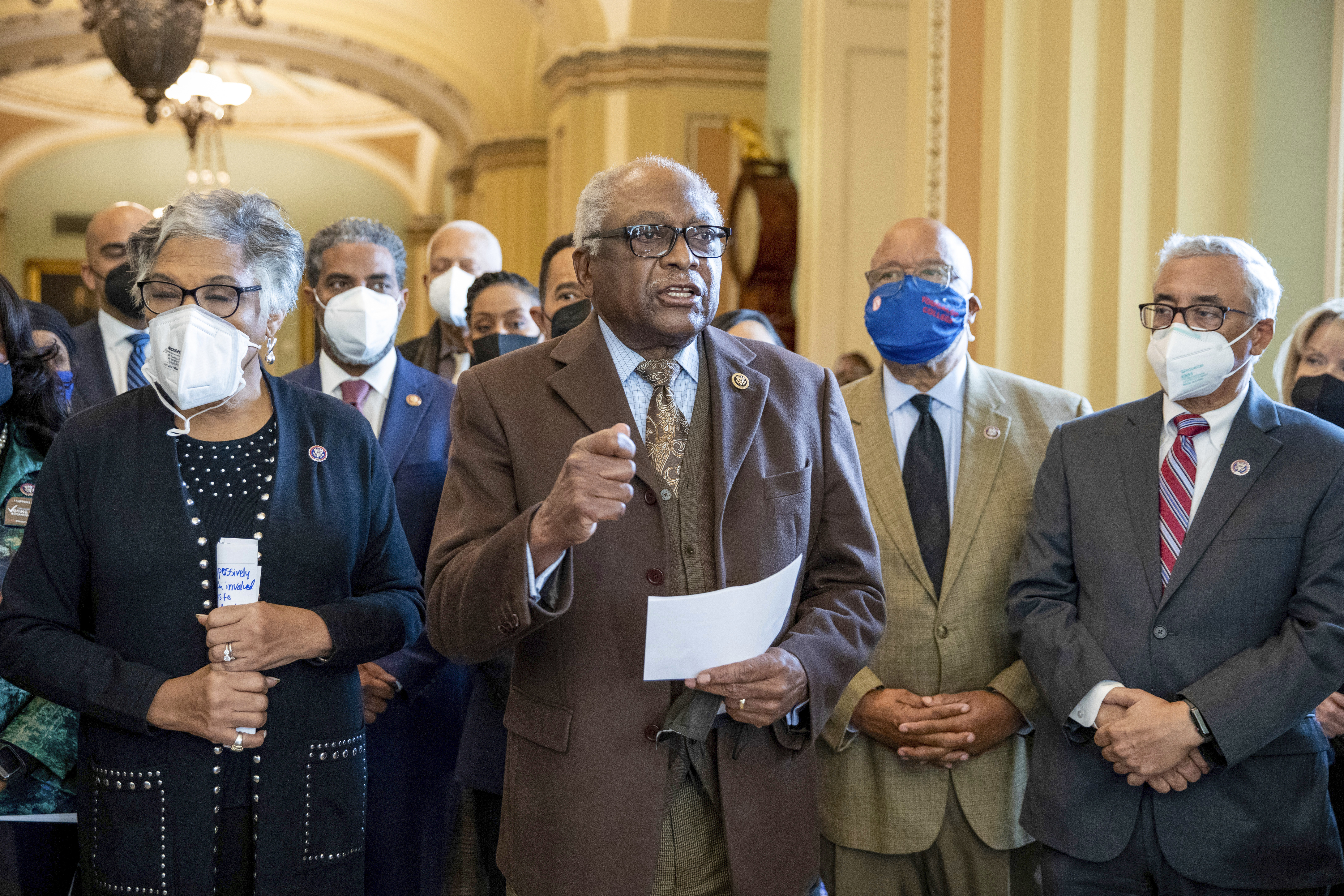 But the South Carolina district court judge likely has more work to do to win over the progressive senators she’ll need to get confirmed. Sen. Elizabeth Warren (D-Mass.) declined to talk about Childs at all: “I’m not going to comment. Nope.”

Those comments speak to the political calculations undergirding the Supreme Court decision now before President Joe Biden. He could pick Childs, the perceived moderate candidate, and court GOP votes at risk of fracturing Democrats. Or he could nominate someone whom Republicans may be more likely to oppose but may unite Democrats, such as D.C. Circuit Judge Ketanji Brown Jackson or California Supreme Court Justice Leondra Kruger.

Biden’s nominee can be confirmed with a simple majority under 2017 rules changes made by Republicans. But Democrats only control 50 Senate seats. Further complicating their precarious math, Sen. Ben Ray Luján (D-N.M.) is currently out after suffering a stroke, though he’s expected to return before the Supreme Court nomination comes to the floor this spring.

While most progressive lawmakers aren’t directly criticizing Childs for her past work, they are making it clear that the balance of power between corporations and the average American worker could prove their litmus test for Biden’s nominee. And on paper, it may be that Childs has the most work to do to meet that test.

“It’s really important that we have somebody on the Supreme Court that understands that dynamic and is going to be thinking in an impartial way about how these cases affect big businesses as well as workers,” said Sen. Tina Smith (D-Minn.), who said she was not commenting specifically on Childs. “I’m going to look to see how people measure up to that principle.”

Ahead of his decision, which the White House says will be made this month, Biden and his aides are taking advice from lawmakers as well as Democratic outside groups.

Just as there’s a split among progressives in the Senate — with few lawmakers rallying behind a single candidate of their own — liberal outside groups are also divided. Some are fighting to make sure Biden chooses someone other than Childs, and others are steering clear of backing a specific pick.

One top progressive operative, speaking candidly on condition of anonymity, said the Supreme Court vacancy is a chance for “Biden and the left to have a win in what’s been a really challenging legislative climate” and that they’re “not interested in creating a problem for Biden on this.”

“We have Amy Coney Barrett and Brett Kavanaugh on the Supreme Court,” the operative said when asked about Biden possibly picking Childs. “We have to pick our battles in a very precarious moment, and I still think it would be a win.”

But other liberal advocates view the South Carolina judge, who was recently endorsed by her state’s AFL-CIO, differently.

“Childs has a record at an openly anti-union law firm,” said Larry Cohen, a former labor leader and the chair of Our Revolution, a group with ties to Sanders. He described her record as “eight years at a firm that attacks organizing in the state with the lowest collective bargaining coverage in the U.S.”

“Imagine the reception if she had a record working for unions,” he added, “and then ask how could a pro-union president even consider her?”

The White House is standing by its consideration of Childs, even as the pick has raised eyebrows among labor groups. The White House has praised her tenure on South Carolina’s Workers Compensation Commission as time spent fighting for injured workers. She was confirmed by voice vote in 2010 to her current job.

“The president is considering a range of candidates who would be an extraordinarily qualified nominee, with the strongest credentials, record, character, and dedication to the rule of law that any person could bring to the table,” said White House spokesperson Andrew Bates. The president “is actively seeking the recommendations of members of both parties as he prepares to make an historic choice and fulfill one of the most important duties of the presidency.”

Vickie Eslinger worked with Childs during her time at Nexsen Pruet Jacobs & Pollard, the firm whose pro-management work has irked some progressives. Eslinger, who’s still a litigator at the firm, said the criticism about Childs’ service there are off-base and misguided considering the timeframe that she worked there: 1992 to 2000.

“Our firm did not start a labor practice related to union campaigns until 2004, when our current labor lawyer joined the firm,” Eslinger said. “That’s four years after [Childs] left. She never did anything about union campaigns or union busting.”

Democrats were careful Tuesday in responding to questions about Childs’ record. Sen. Richard Blumenthal (D-Conn.), who serves on the Judiciary Committee, said he would closely scrutinize her positions on workplace safety and worker protections should she be nominated.

He downplayed the idea that her record is currently a deal-breaker but also suggested the concerns from liberals will be considered and the issues vetted: “Not to say the criticisms are mistaken, but I want to see for myself what she’s done.”

Some Democrats said they were wary of setting a standard that projects the views of corporations onto the attorneys who represented them.

“Sometimes representing a client is not a choice you get to make. We have to be careful about that, right?” said Sen. Brian Schatz (D-Hawaii). “I’d just be careful of attributing to a lawyer the views of their client. And that’s something the Republicans have tried to do when we nominate and confirm public defenders. It’s not the way we should look at lawyers who could be judges.”

Clyburn is one of the few Biden confidants to launch such a public campaign for his preferred pick. While he has done so aggressively, the White House considers it normal for a lawmaker of his stature to make a forceful push for a candidate from his home state. And Biden is no stranger to confirmation battles, having served as his party’s top member on the Judiciary panel.

Asked about Clyburn’s pro-Childs push, White House press secretary Jen Psaki said Tuesday that members of the president’s Supreme Court team “have been engaged with a range of members, including Mr. Clyburn.”

Still, it’s a touchy subject to stump for or against a nominee. Senate Majority Leader Chuck Schumer appeared to endorse fellow New Yorker and circuit court judge Eunice Lee for the Supreme Court on Tuesday, calling her his “preferred candidate” in a press conference, but then walking that back minutes later in a statement that said he mistakenly thought he was asked about her lower-court nomination.

“Leader Schumer does not have a preferred candidate for the Supreme Court,” the spokesperson said. “He has complete faith that President Biden will choose a very capable and qualified candidate.”