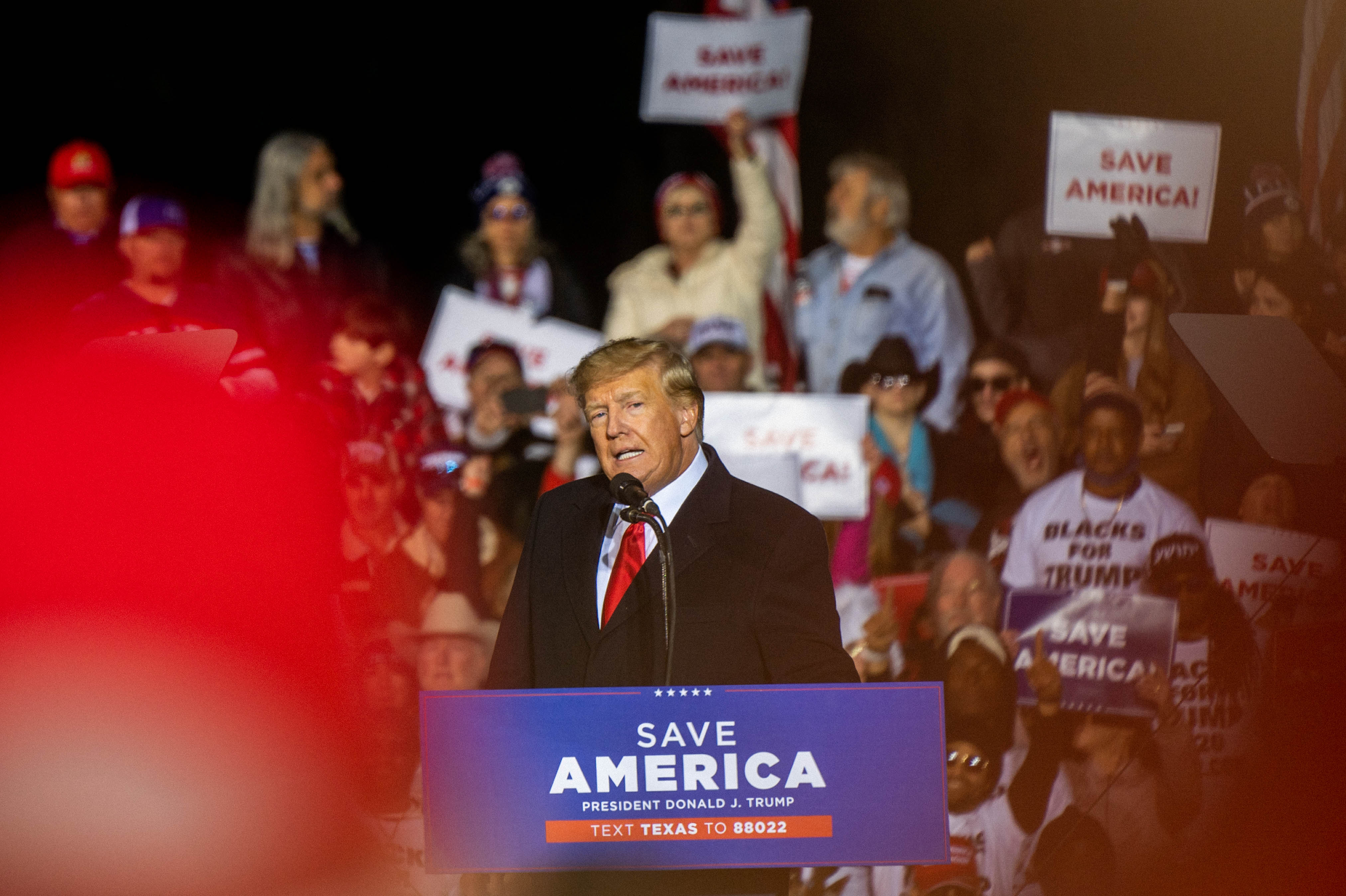 But Trump’s treatment of records from his presidency has come under greater scrutiny in recent days. The National Archives and Records Administration confirmed on Monday that it retrieved 15 boxes of documents and other items from Trump’s Mar-a-Lago estate last month that belong to federal record-keepers.

On Wednesday, The Washington Post reported that the National Archives asked the Justice Department to examine Trump’s handling of presidential records, suspecting he had possibly violated laws concerning the management of government documents.

In his statement on Thursday, Trump disputed negative descriptions of the National Archives’ records seizure last month, saying the federal agency “openly and willingly arranged with President Trump for the transport of boxes that contained letters, records, newspapers, magazines, and various articles.”

The records “were given easily and without conflict and on a very friendly basis, which is different from the accounts being drawn up by the Fake News Media,” Trump said. “In fact, it was viewed as routine and ‘no big deal.’”

But Trump also insisted without evidence that he may have a legal claim to the documents, adding: “In actuality, I have been told I was under no obligation to give this material based on various legal rulings that have been made over the years.”