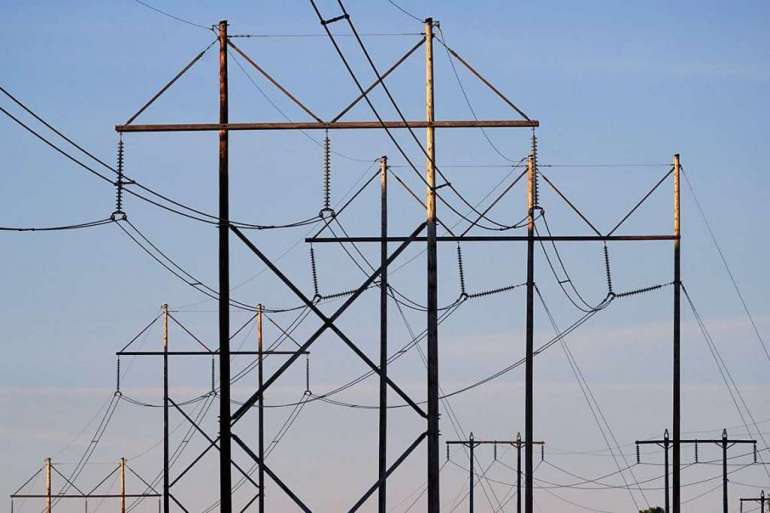 Regulators know these issues are leading to an escalation in the risk of widespread and expensive outages, but are divided about how to ensure systems in these regions can reliably provide power this summer and going forward.

The Midwest region that he oversees faces the highest risk of reliability issues this summer, according to a recent report from the North American Electric Reliability Corporation.

While waiting for new technologies such as battery storage to become commercially available, the system continues to add intermittent renewable generation to its fleet, but it is retiring existing fossil fuel units more quickly, Bear said during a press briefing earlier this month hosted by the U.S. Energy Association.

This summer’s anticipated tight grid conditions are just the tip of the iceberg as weather grows increasingly unpredictable and the U.S. aims to electrify more high-emitting sectors of the economy — eventually leading to even more demand on the aging power system. Proving the grid can handle periods of high stress in the immediate term is essential to achieving the Biden administration’s longer goal of decarbonizing the power sector by 2035 and the economy by 2050 — and avoiding the worst impacts of climate change that will put further stress on the power system.

Another major grid failure will only further dampen confidence in building a zero-carbon grid despite decarbonization being essential to mitigating even worse extreme weather events, said Daniel Brooks, vice president of integrated grid and energy systems at the Electric Power Research Institute.

“The biggest concern is that you do have another wide-scale event that does erode that confidence of society and the electric sector being able to be that foundation for decarbonizing,” he said.

If the electric sector can’t show it can maintain a grid that’s reliable and resilient even with the anticipated onset of demand as the U.S. electrifies more sectors of the economy, “it makes it much harder for us to get to the net-zero objectives that we have in the timelines that we need,” he continued. “So it’s really important that we all realize … resiliency is not a barrier to getting to decarbonization. It’s a prerequisite.”

Republican FERC regulators along with some grid operators argue for slowing the transition to cleaner resources, pointing to the predicted energy shortfalls in the Midwest region. But other grid experts point out that hotter, drier weather increasingly hamstrings the performance of most energy resources — including fossil fuel plants — and argue regulators should be thinking about alternative measures such as large scale energy efficiency projects and more large-scale, regional transmission lines.

MISO will have 3.2 gigawatts less power capacity than it had in the summer of 2021 due in large part to retiring coal plants, according to NERC. released earlier this month. The region is also expected to experience a slight uptick in demand, putting it at a higher risk than other regions of rolling blackouts this summer if temperatures spike or generators unexpectedly trip offline, according to the report.

Across the West, the risk of unplanned outages remains high as an anticipated spike in temperatures puts a strain on aging power plants and dries up water resources badly needed to maintain the power output of fossil fuel plants.

In Texas, this summer’s looming threat has already begun to materialize. Earlier this month, the state’s grid operator was forced to call on customers to conserve power as the region saw a combination of record-breaking heat, record-breaking demand, low wind generation and the abrupt failure of six thermal generators at once.

The state’s reliability issues highlight a central dilemma in Texas and other parts of the country: Ensuring there are enough resources to generate power only solves half the problem — those power plants must perform reliably.

“In Texas in particular, it’s not the megawatts on paper that matter,” said Alison Silverstein, an independent grid reliability consultant who has worked as a senior adviser at FERC and at the Public Utility Commission of Texas. The state “doesn’t have a capacity problem. We have a capacity not showing up problem.”

Power plants “not showing up” was a huge part of the energy crisis that occurred in Texas in February 2021 when Winter Storm Uri killed an estimated 246 people and the state’s isolated grid was forced to implement rolling outages that lasted for weeks. Earlier this month, the grid operator faced a close call after six power plants unexpectedly tripped offline, forcing state officials to call for power conservation.

Hotter, drier weather will continue to exacerbate the failures of power plants — particularly coal, gas and nuclear generators — according to Melissa Dumas, a research scientist at Oak Ridge National Laboratory.

Most of those power plants all rely on generating electricity through heat — which conversely requires cold water to create the steam necessary to make power. But warming waters erode plant efficiency as higher temperatures also lead to a spike in demand, while drought conditions and evaporation make the necessary water even more scarce.

“All of those processes are in effect to put stress on those traditional thermal electric power generating plants,” Dumas said.

Temperature spikes this spring could point to another dilemma for power plants. Spring and fall are traditionally reserved for maintenance, but over the past decade increasing heat waves and cold snaps have forced power plants to remain online during those seasons, according to Brooks and Dumas. At the same time, these facilities need more upkeep as they age and are required to turn off and on more frequently to align their load with more intermittent resources like wind and solar.

“It becomes more difficult … to be able to take care of that aging [power plant] and that additional flexible operation that adds additional wear and tear,” said Brooks. “So there’s more strain and stress on those thermal units.”

Republican FERC regulators argued last week that the growing strain on the grid is a sign the U.S. needs to slow down the energy transition to maintain reliability on the system, with Commissioner James Danly saying transmission reform is not the silver bullet some make it out to be.

“I think there is in the minds of some, [the idea] that as long as we get the transmission issue correct, everything will eventually solve itself,” said Danly. “I am simply a skeptic. My grave, grave fear here is that what’s going to have to happen to focus people’s attention on the solutions that are necessary to ensure resource adequacy and ensure reliability is going to be some catastrophic event that demands our attention be given to these problems.”

Democratic regulators, however, argued that increasingly unpredictable weather will require a different way of thinking about how to keep the power grid reliable — and said the transition to renewable energy cannot be solely to blame for increasingly dire conditions.

“We heard today a lot about ‘we’re moving to renewable energy, therefore, the sky is falling,’” FERC Chair Richard Glick told reporters after the agency’s open meeting this month. “The extreme weather that we’re talking about doesn’t just impact wind turbines or solar panels. We’re talking about everything. And I think it’s dangerous to say … ‘All we have to do is go back to the old way and we’re fine.’ With the extreme weather that we have, the old way doesn’t work anymore. And we need to figure out a new approach.”

Experts say there are a lot of untapped benefits to rethinking the system through transmission, as well as large-scale energy efficiency to curb demand and better compensation for resources that provide more flexible load alongside more intermittent resources like wind and solar.

Rate increases put older low-income customers at particular risk during excessive heat waves, said Silverstein, because those customers are more likely to delay turning on their air conditioning to avoid a spike in their bills. Energy costs take up an average of 8.6 percent of low-income households’ gross income — compared to 3 percent for non-low-income households — and can reach up to 30 percent in some regions, according to Department of Energy data.

“If we get … any kind of heatwave, there will be people who will die, particularly old people, because they can’t pay their utility bills,” she said. “We will have the summer equivalent of Winter Storm Uri. And that would be a horrible thing.”