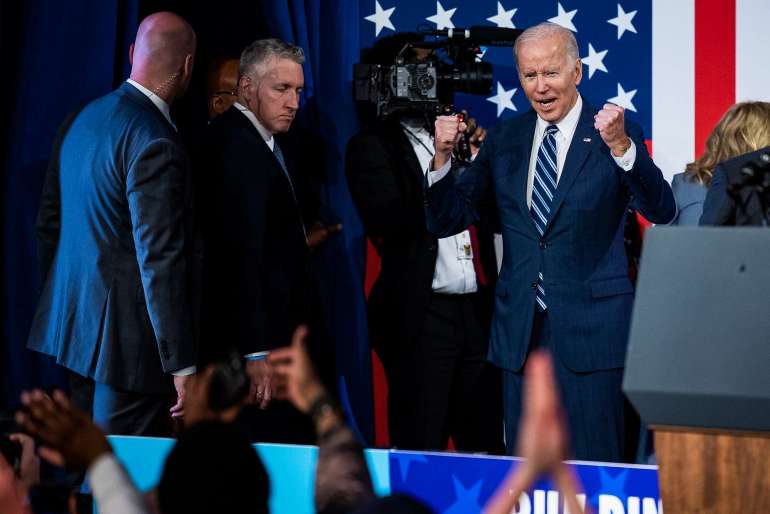 “The opening expectation is it’s going to be very difficult to get anything done legislatively,” an adviser to the White House said. “Fundamental activities like raising the debt ceiling and funding the government are going to be put in doubt.”

Under the likely new congressional composition, Biden will hardly be powerless. Democrats held onto their Senate majority and even have a shot at expanding it with a win in Georgia next month, allowing the White House to continue reshaping the nation’s judiciary and making executive branch appointments. The slimness of a GOP majority makes it less likely that they can mount successful standoffs over things like the debt ceiling or government funding.

But even a tiny GOP House majority represents major hurdles for the president, who no longer will have the full Democratic control he enjoyed in ushering through a remarkable slate of legislation: from Covid relief to a bipartisan infrastructure bill to long-held Democratic priorities on climate change and health care.

“The Biden presidency will be under serious assault from early January on,” said Timothy Naftali, a New York University professor and presidential historian. “In that kind of environment, it’ll be very hard for any legislative leader to attain any compromise even on the simplest and most nonpartisan issues. Everything becomes partisan.”

Inside the White House, aides had prepared for the midterms to go worse than they did. And the party’s surprising strength across several swing districts has heartened Biden allies who saw it as a sign that the president retains broad support — and who hoped that resilience might quiet whispers about his ability to lead Democrats into 2024.

Democratic candidates locked in the closest races had spent the campaign’s stretch run distancing themselves from Biden, with some suggesting outright that he should not seek another term. And there are still lingering doubts about the White House’s effectiveness, with some in the party urging top Democrats not to allow the night’s surprising results to paper over voters’ pre-existing concerns on the economy and crime.

“I hope that, no matter what happens, there’s a course correction,” said Jim Kessler, executive vice president for policy at centrist think tank Third Way, adding that a weak slate of Republicans aided Democratic incumbents in critical districts. “If Democrats are doing better than the conventional wisdom, we have to realize that part of the reason is Republicans shooting themselves in the foot.”

But the White House and its allies also see the midterm results as close to the best-case scenario for Biden, noting that the party in power typically suffers sizable losses — and that by any measure, Democrats this year outperformed expectations largely across the board. Republicans under former President Donald Trump lost 40 House seats in 2018; in 2010, Democrats lost 63 in what then-President Barack Obama dubbed a “shellacking.”

Bolstered by voter outrage over abortion and uneasiness with the GOP’s far-right drift, Biden instead will retain his slim Senate majority. That would ensure a bulwark against Republican efforts to unwind his accomplishments in key areas like health care, taxes and climate; allow him to confirm nominees and judges; and provide leverage for negotiations with a GOP-led House.

The fact the night did not turn out far worse for Democrats, allies said, also served to reinforce the popularity of Biden’s core agenda. Even as many candidates distanced themselves from the president himself, Democrats almost universally embraced and ran on his signature accomplishments.

“I don’t think the agenda is going to change,” said one Biden adviser. “It’s just a question of how to go after it.”

Speaking to reporters the day after the election, Biden was more blunt about what he’d do differently over the next two years: “Nothing.”