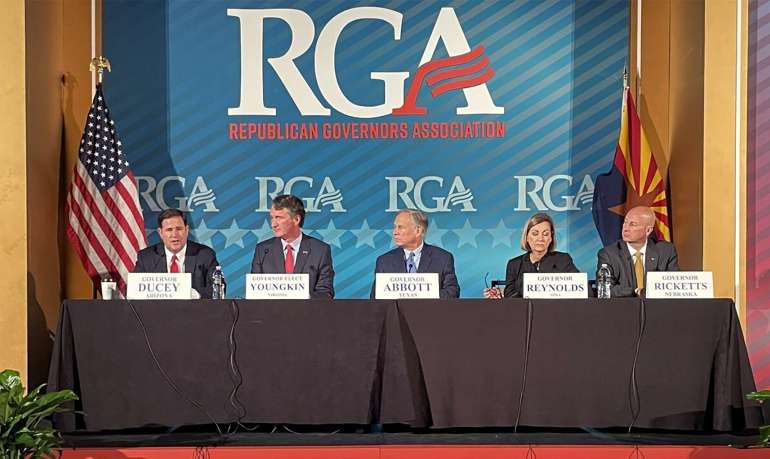 Craig Gongol will take over the organization in January of next year. She was one of the top aides on Reynolds’ 2018 campaign, and she has worked on other campaigns in the state and nationally, including on now-Sen. Mitt Romney’s 2012 Iowa campaign.

Craig Gongol replaces outgoing executive director David Rexrode, a Virginia operative who has been the top staffer at the RGA for the last four years. Senior staff at gubernatorial committees typically serve in four-year cycles.

“Sara has been a valuable resource for me during my four-year tenure as executive director and I’m incredibly excited to welcome her as our new leader,” Rexrode said in a statement. “The organization is in good hands with Sara in control and I’m confident more Republican governors will be elected because of her commitment to running effective operations.”

Elections in three traditionally red states will be the first contests of Craig Gongol’s tenure next year: Kentucky, Louisiana and Mississippi.

The first two have incumbent Democratic governors, with Kentucky Gov. Andy Beshear running for reelection while Louisiana Gov. John Bel Edwards is term-limited and cannot run again. In Mississippi, Republican Gov. Tate Reeves is eligible to run for another term after he narrowly beat a Democrat for the seat in 2019.

The last two years have been up and down for Republican governors. The party scored a big upset victory in 2021, when now-Gov. Glenn Youngkin won Virginia’s governorship over former Gov. Terry McAuliffe. But the 2022 midterms were largely a disappointment for the GOP. Nevada Gov.-elect Joe Lombardo was the only Republican to flip a state in 2022, beating Democratic Gov. Steve Sisolak, and the party lost a trio of open seats in Arizona, Maryland and Massachusetts.