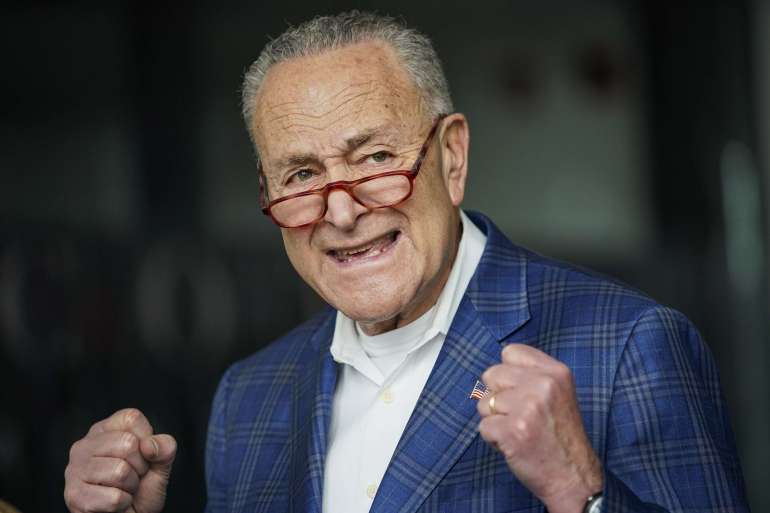 If Warnock pulls it out in his runoff race, Schumer will have a pristine record of reelecting his incumbents as majority leader — no small feat after four Democratic senators lost in his first cycle as caucus leader in 2018. The 51st seat would also give Democrats an additional cushion when it comes to confirming nominees and moving them out of committees, which would no longer be evenly split between the parties.

Holding the Senate majority gives Democrats the unilateral ability to continue to confirm President Joe Biden’s judges at a rapid clip, as well as ensure his executive branch is staffed with personnel. But beyond the need to fund the government, bipartisan pursuits with a GOP-controlled House may be limited.

Sen. Chris Coons (D-Del.) said it’s too early to say what deals the caucus could reach with a narrow GOP-controlled House given that “leadership has a lot of control” in the lower chamber.

“The greatest wild card in American politics for the last six years has been Donald Trump,” Coons said. “As a wild card, having him constantly sort of calling in plays from the sidelines makes it that much harder for us to get anything done.”

Already Schumer is girding for choppy waters ahead. When asked if he would aid Sen. Kyrsten Sinema (D-Ariz.) in a potential primary contest, he said that he’s “going to do whatever I can to help our incumbents.” He’s also searching for a campaign arm chief for 2024 after Sen. Gary Peters’ (D-Mich.) successful run, facing a potential decision on who should serve as Senate pro tem after Sen. Patrick Leahy (D-Vt.) retires and devising a legislative agenda for the remainder of this Congress.

That could include raising the debt limit, which Schumer wants to do in a “bipartisan” way: “That would be our strong preference.” Schumer also says he wants to enshrine marriage protections in the next two months and reform the byzantine Electoral Count Act.

“There are a whole lot of things I’d like to get done. I’m not singling any one out; our caucus is going to meet and discuss these priorities. We have to see where Republicans are. There’s a big list,” Schumer said.

As for whether Biden should run again in 2024, Schumer reiterated that if the president pursues reelection, he’ll support him.

The road to keeping his Democratic majority wasn’t always easy, or pretty. During a hot mic moment in October, Schumer suggested to Biden that the party was losing momentum in the Peach State.

“A reporter came to me and said, ‘Oh, you must have planned that.’ I said, ‘You don’t understand, I’m not that guileful,’” he said. “I didn’t think we were going to lose Georgia. I just said the numbers were turning against us a little bit.”

Even as Schumer declared confidence back in August that his party would hold the Senate, in the final days of the election, he closely watched the batches of mail-in ballots come in from Nevada counties. Between Tuesday night and Saturday, he estimated he had 150 calls about Nevada. On Friday, he conceded he was a “little worried.”

Yet by Saturday, Schumer was feeling good enough to go out to a Chinese restaurant in New York with his wife and friends. As they idled over their dinner, his phone rang: Schumer learned Cortez Masto would win.

“We were towards the end of the dinner, we were hanging around the restaurant waiting for that call,” he said. “We were optimistic.”