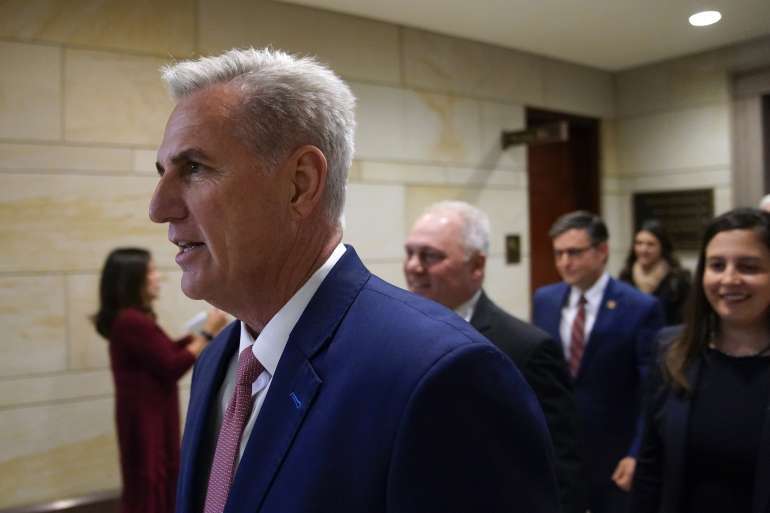 House Republican members have threatened to investigate Biden and elements of his administration since early in his presidency. But only starting in January, following their projected retaking of the House majority on Wednesday, will they have the ability to set the agenda for the House and its committees.

Asked about potential Republican investigations, McCarthy made reference to the origins of the Covid-19 virus; the Biden administration’s withdrawal from Afghanistan; Homeland Security Secretary Alejandro Mayorkas’ job performance; and whether there could be terrorists coming across the border.

“What do they have planned? Who are they talking to, and why are they here? That is just the start,” McCarthy said of possible investigations on undocumented immigrants.

Republicans will have a slender House majority. If McCarthy becomes Speaker — as his conference nominated him to be this week — his vote margins for executing plans will be slimmer than many observers had predicted prior to the midterm elections.

“We have to work as a team, or we’ll lose as individuals,” McCarthy told host Sean Hannity. “And I believe this conference will rally together.”